As a part of The Tour de World, I am sharing exciting cycling facts about each continent, and South America is next up on our itinerary. Of the twelve countries in tropical South America, we will be visiting the largest of them all, Brazil, where you'll find some of the most popular places to party and ride along the iconic beaches of Copacabana and Ipanema. Then we hop on to a tropical Caribbean island and visit the oldest city in the Americas. Get your bike, trainer and bags ready and let's go!

South America, a primarily Spanish-speaking country, is not as cycling centric as Europe and North America. However, there are plenty of places to explore unknown, untamed, remote locations, immensely diverse wilderness trails, and wildlife biodiversity. I'll touch on a few of these places and try to provide the essence of what each offers a road or touring cyclist in this exotic continent. 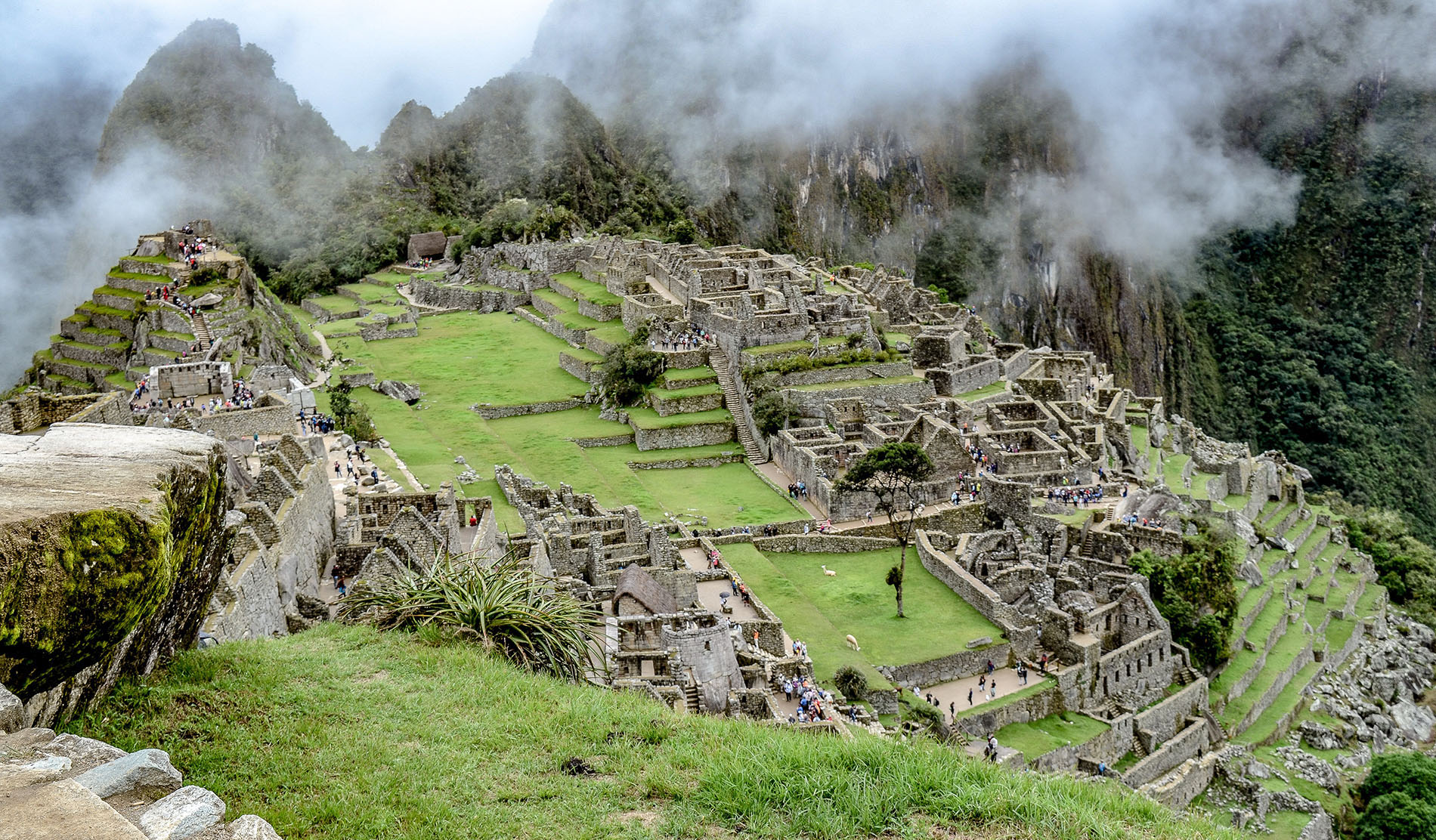 The mysterious Incan ruins hold much mystique and intrigue, and nearby, on flat or rolling terrains, mountain bikers can venture and take advantage of the endless miles of epic single-track winding throughout the biodiverse and volcanic Andes mountain range. The Andes mountains stretch for over 7,500 km, from the southern tip of South America to the continent's northernmost coast on the Caribbean, dissecting South America in two from North to South crossing seven countries: Argentina, Bolivia, Chile, Colombia, Ecuador, Peru and Venezuela. For technical terrain and big hairy descents, one can tackle the gnarly mountain trails of Peru and Ecuador. The South American landscape varies from vast salt flats to rugged, dense, remote jungles, deserts, and tropical coastlines.

The road to climbing and coffee heaven

Towards the North of the continent, Colombia is South America's epicentre for road cycling, a bucket list destination and, of course, stands out for its famous coffee. The Central Andes mountains in Colombia, known as the land of climbers for its brutal climbs, have produced some of the Tour de France's top climbers. Here one can test one's strength and endurance on the same climbs as the pros train. This impossibly harsh climbing terrain prepared some of the world's legends like Felice Gimondi.

Here, in this part of Colombia, one can find the notorious Alto de Letras in Caldas, a part of the Cordillera Occidental, the lowest point in the Andes, with an average altitude of 2,000m above sea level. Alto de Letras is the third longest mythical climb in the world at 83 km, 3,688m ascent, with an average of 4%, but only because it has 22 km of descent and a maximum grade of 11% where there is a contrasting climate between the start and the summit. Find out from Si at GCN what makes Alto de Letras unique and why Colombia produces so many fantastic cyclists like Egan Bernal, Rigoberto Uran and Lucho Herrera. Once done, you'll have earned a cup of good Colombian coffee!

On the Chilean Lake District in the West, one can ride around pristine lakes where active snow-capped volcanoes provide a dramatic and unique backdrop to your journey. The vineyards of Chile, Argentina, and Uruguay are where you'll discover the famous vineyards and wine farms and enjoy the region's producers' "horas de degustation," or tasting hours. Try this flat and picturesque lakeside route in Chile on ROUVY and finish off with a glass of Cabernet Sauvignon, the most widely planted grape variety in Chile.

In Bolivia, one can ride the Salar de Uyuni, the most extensive salt flat in the world at 160km and 3,600m elevation. The salt pan is so flat that it is viewable from space and, when cycled in the dry season, can present a surreal experience as though riding on a white shimmering desert for as far as the eye can see.

On ROUVY, cycle on a couple of the world's most famous tropical, white sandy beaches of Copacabana and Ipanema in Rio de Janeiro, Brazil and past the renowned army base at the Copacabana Fort. Take a short detour through the palm tree-lined streets with high-end fashion boutiques, fine-dining restaurants and relaxed bars playing bossa nova rhythms. 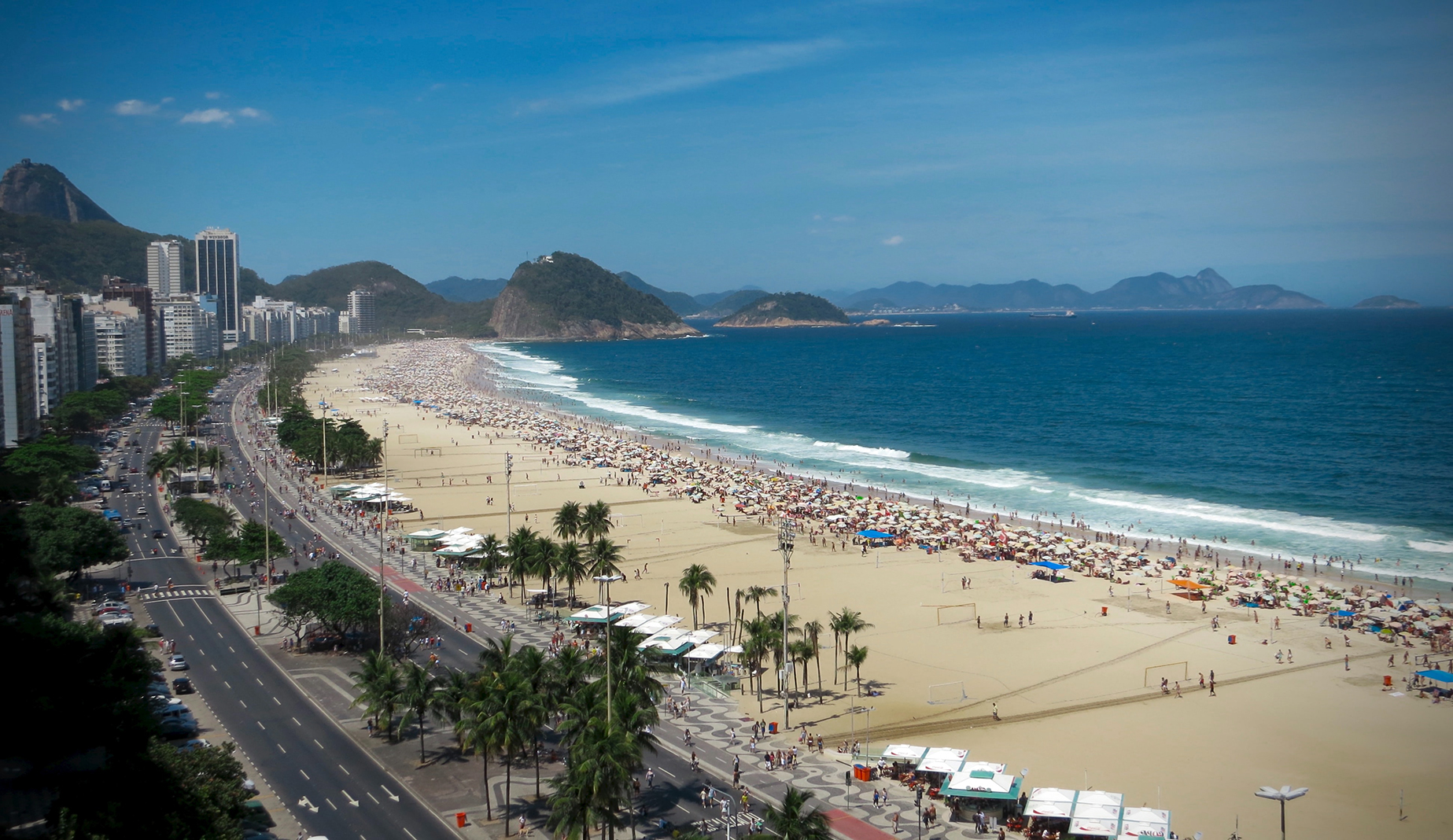 Rio de Janeiro's famous annual carnival is a major attraction drawing over a million people into the streets! Its origins date back to the 18th century and were introduced by Portuguese immigrants to Brazil and known as the Entrada. In the Northeast in the 16th century, Entradas sought native enslaved people to work in the sugar plantations and to do domestic services. The costumes represent the mocking of the clothes of the rich. 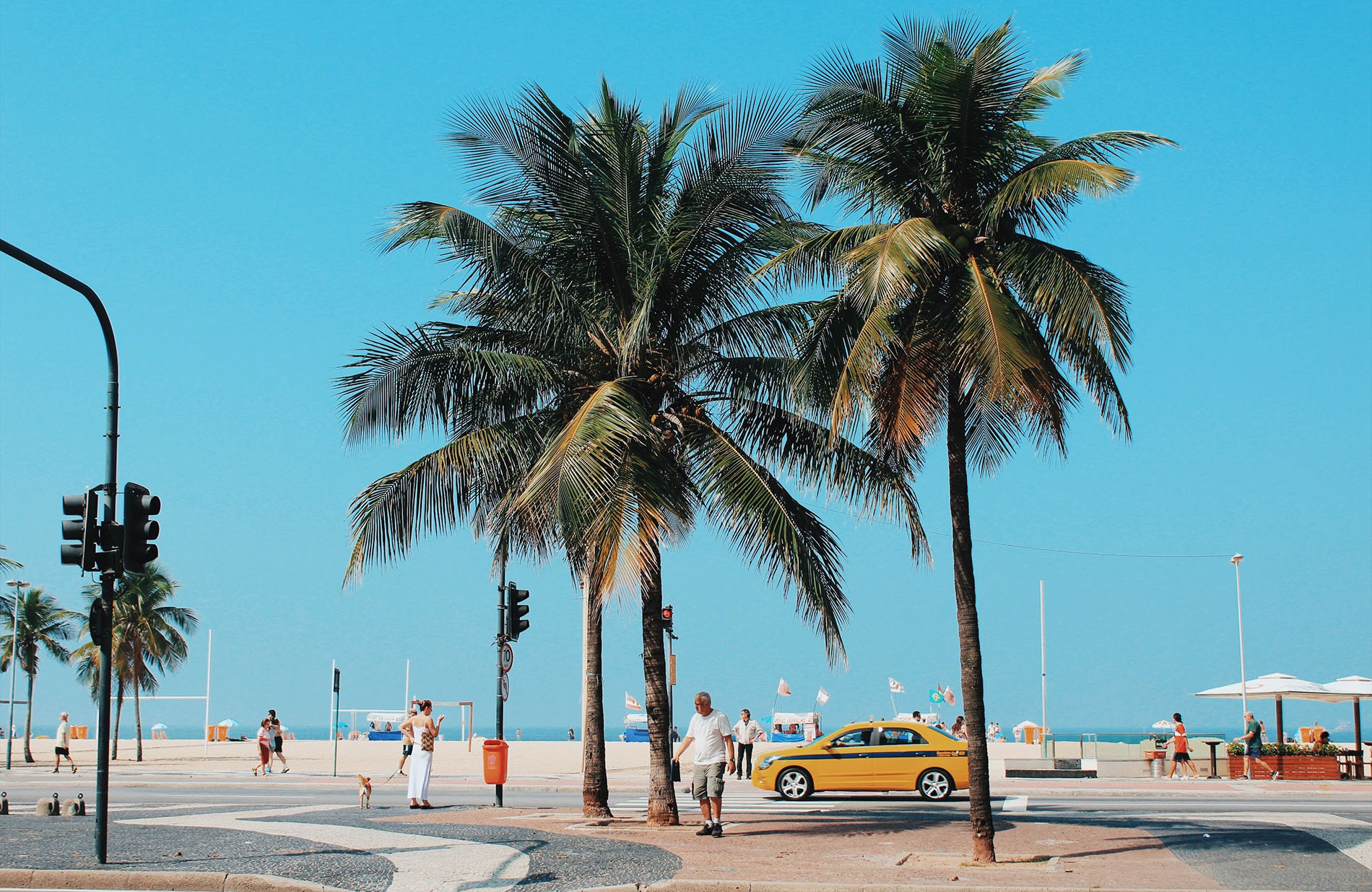 The dance of the Samba forms the heart of the carnival, born in Rio de Janeiro in the early 17th century in the old town of Pedra do Sal. The city, which was the place of a former slave market, became a popular meeting point, and the first Samba, a ritual Candomble dance, is believed to have originated there. So let's ride in Rio and take in the vibes during your journey, so if you like riding to a beat, I have selected a theme song for this ride along this iconic coastline and promenade. 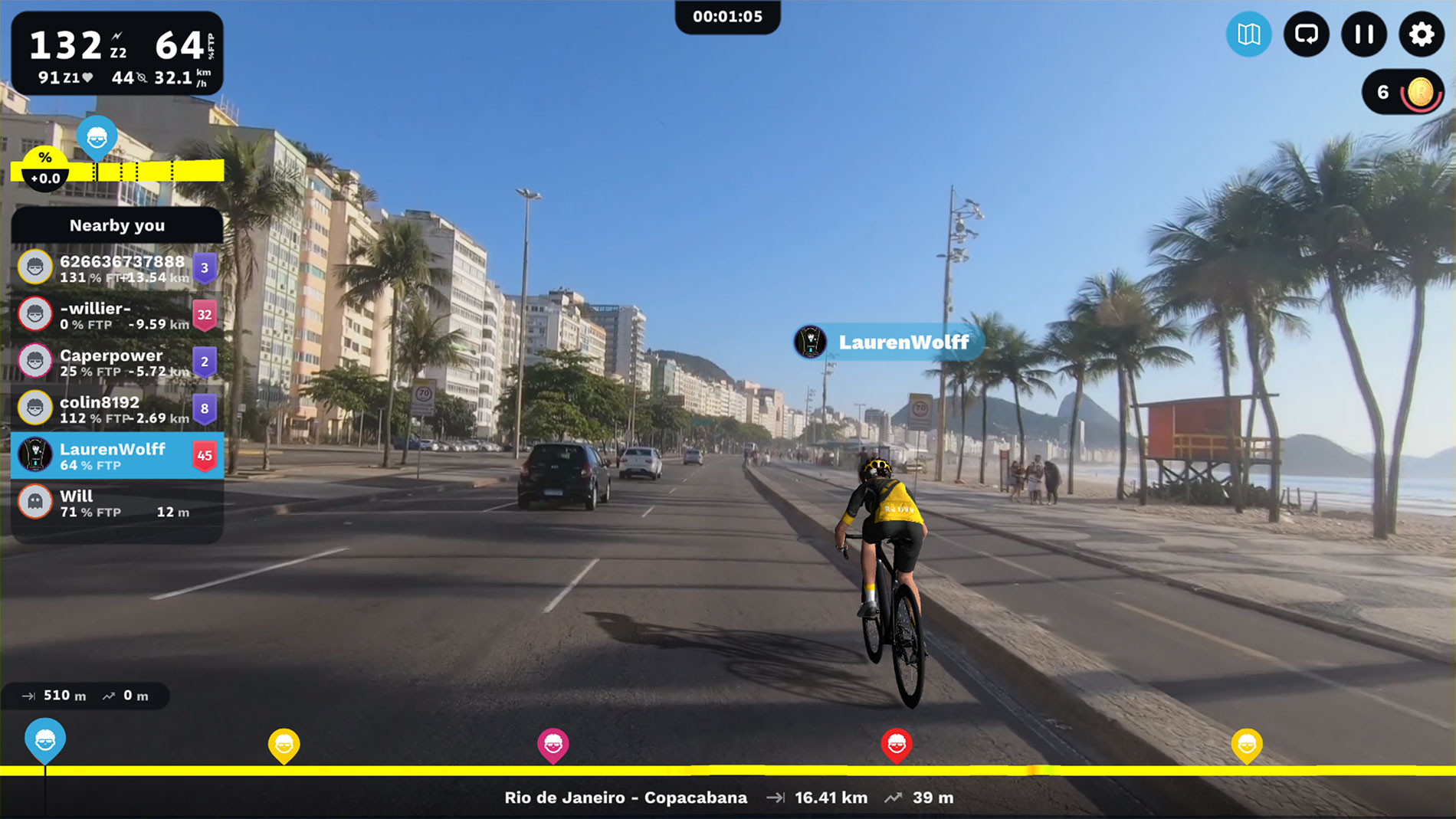 You'll see breathtaking views of Copacabana, its beautiful yellow-gold sandy beaches and fantastic pavement patterns and one of Rio de Janeiro's most iconic and visited attractions, the Sugarloaf Mountain landmark and Pedra da Gávea, one of the highest mountains in the world next to the ocean, from your ride. The iconic Sugarloaf Mountain ascends 396 metres above the harbour. The peak, a deposit of rock created by heat and pressure inside the earth over millennia, resembles the traditional shape of a loaf of sugar made and sold in the late 19th century. The mountain is also well known for its famous cableway linking Urca hill to Sugarloaf Mountain, with panoramic views of the city, magnificent vistas in the distance, and an excellent place for rock climbing.

Ride on a tropical Caribbean island in the Dominican Republic

Explore the Dominican Republic next, an exotic Caribbean tourism destination on the island of Hispaniola, the second largest island after Cuba. The route we will take lies east of Santo Domingo. Did you know that it is the oldest city in the Americas and a UNESCO World Heritage Site that Christopher Columbus founded in 1496? 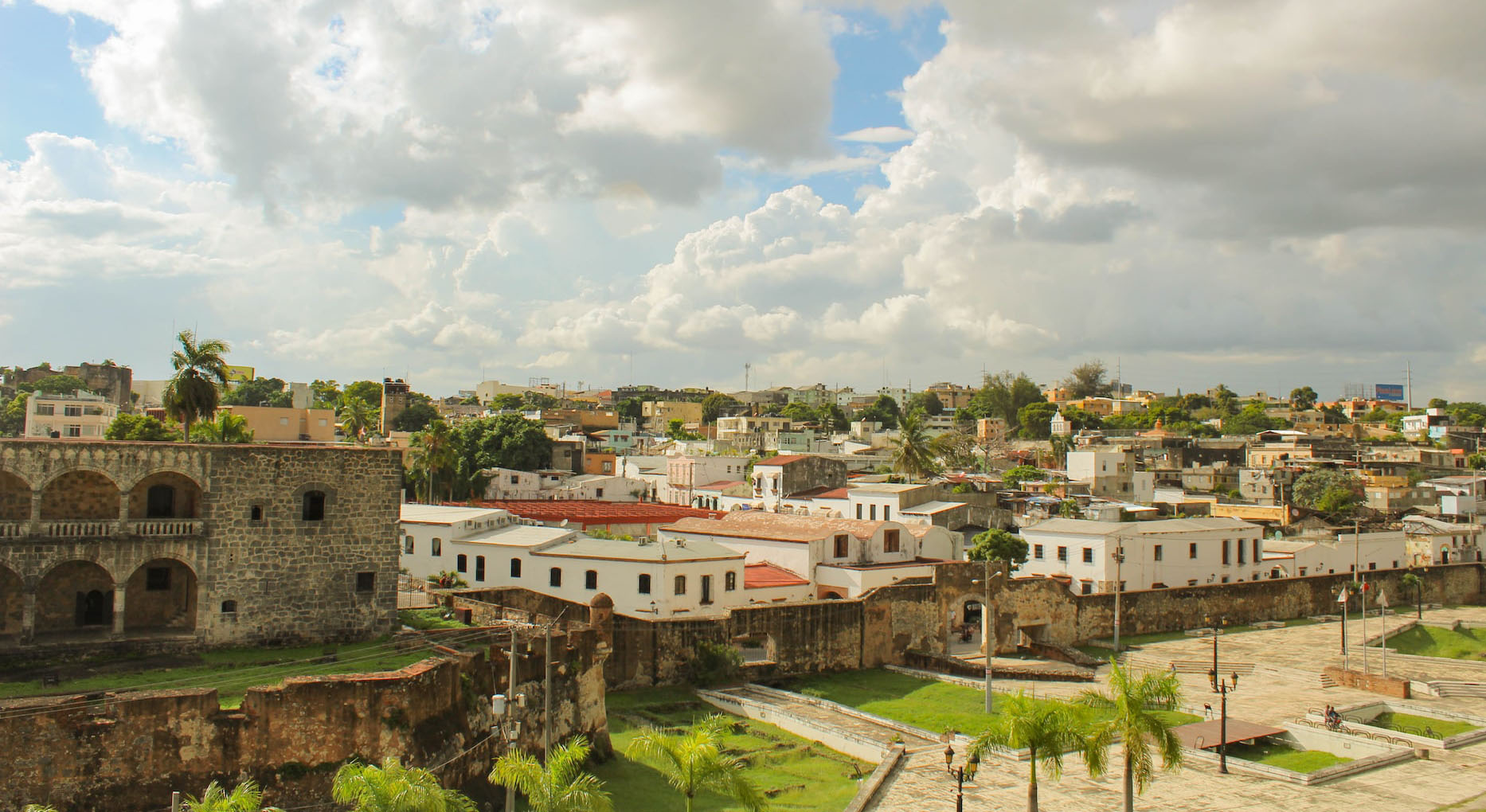 The Caribbean island is famous for its idyllic deep blue seas, white sandy beaches and tropical landscapes. Ride along the palm tree-lined roads in a rural landscape and sunny blue skies. You can cycle near Santo Domingo on this ROUVY route east of this small island, the Dominican Republic, in one of the routes in the Tour de World Challenge in South America. Enjoy some music and dance moves characteristic of the Dominican Republic to round off your ride. 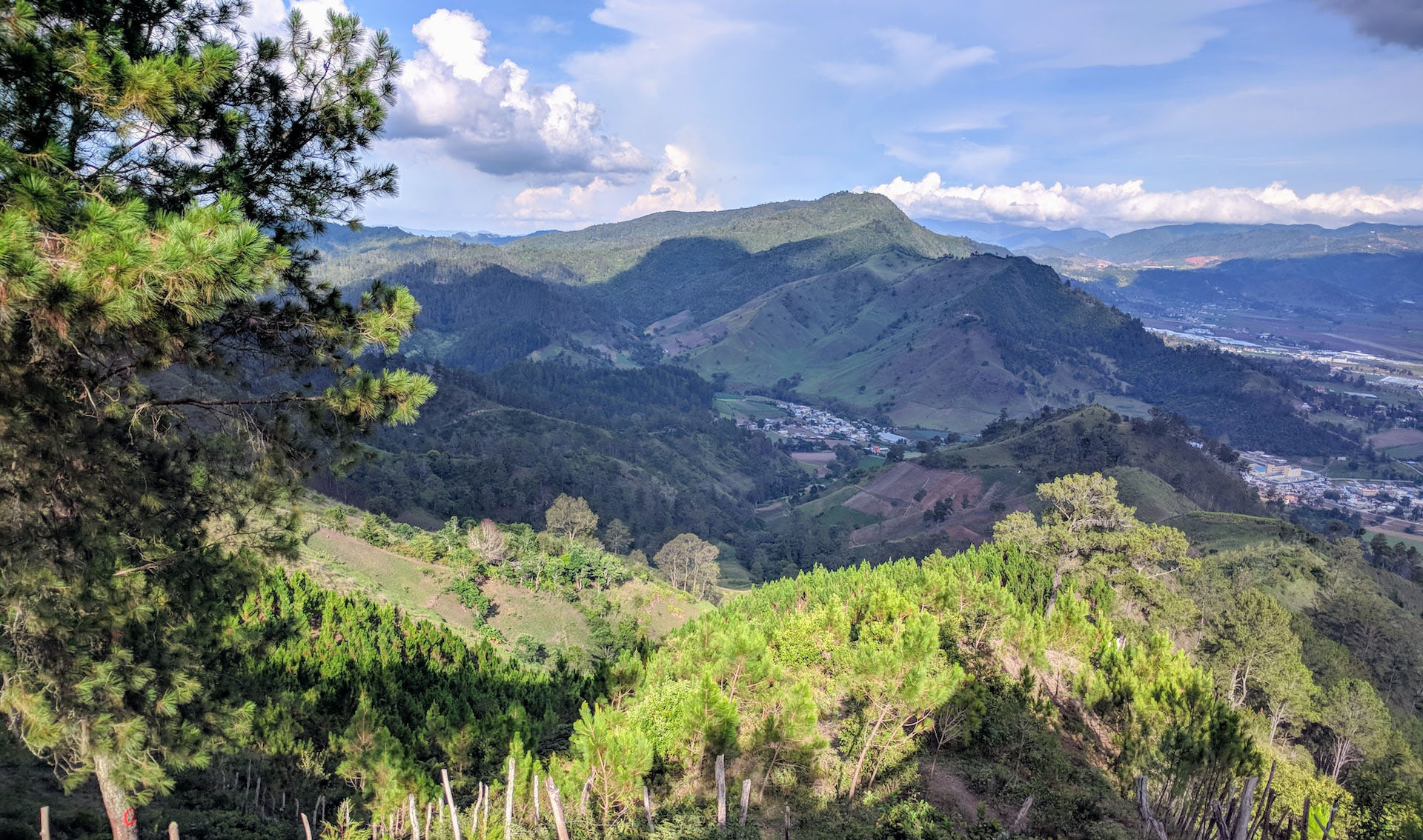 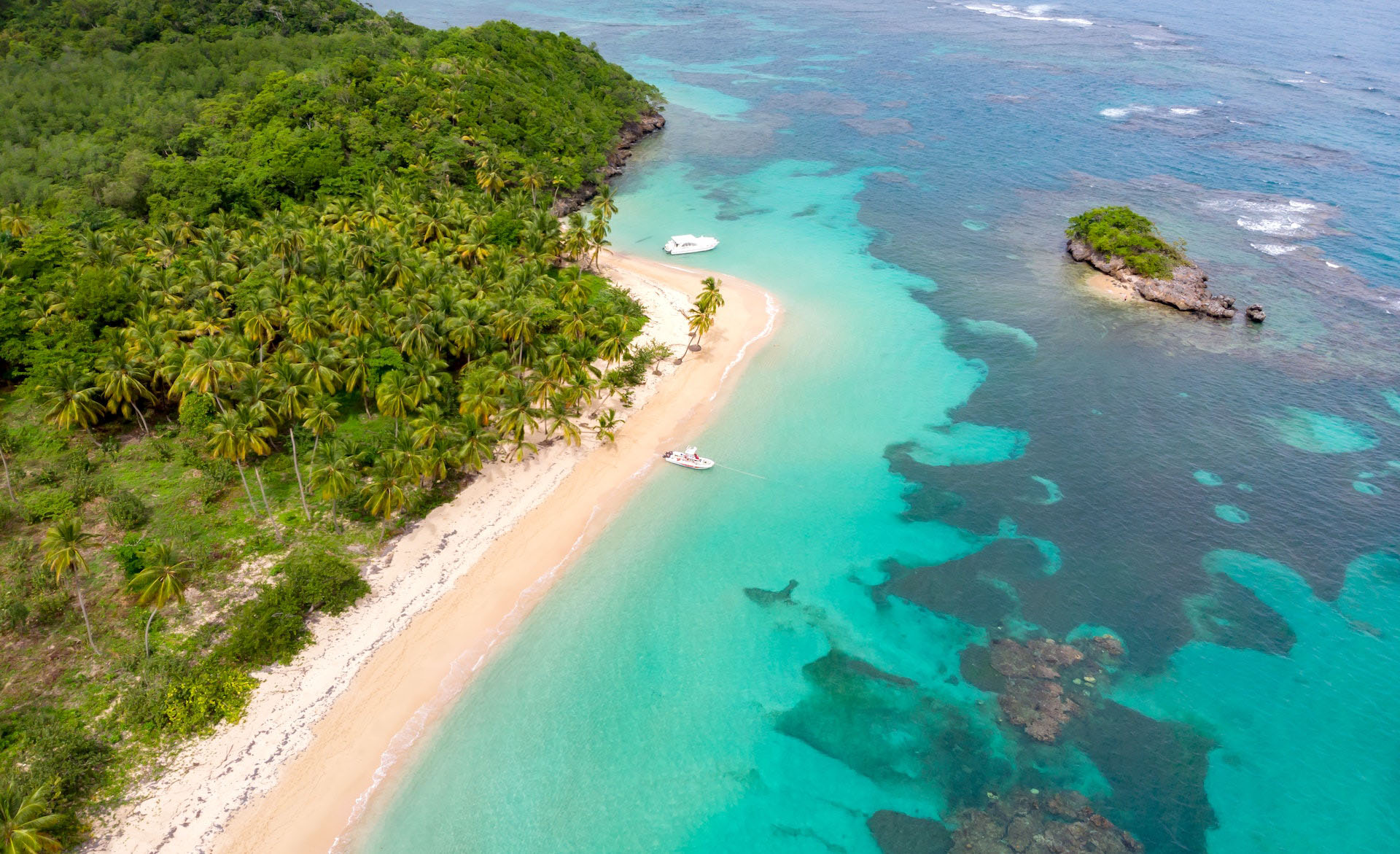 Other places to explore in Brazil if you'd like to extend your trip:

The Serra do Rio do Rastro is one of my favourite climbs in southeast Brazil on ROUVY. If you insert 'Brazil' in the search on the Rouvy website, you'll get several more beautiful and well-filmed AR routes to choose from in this beautiful country. 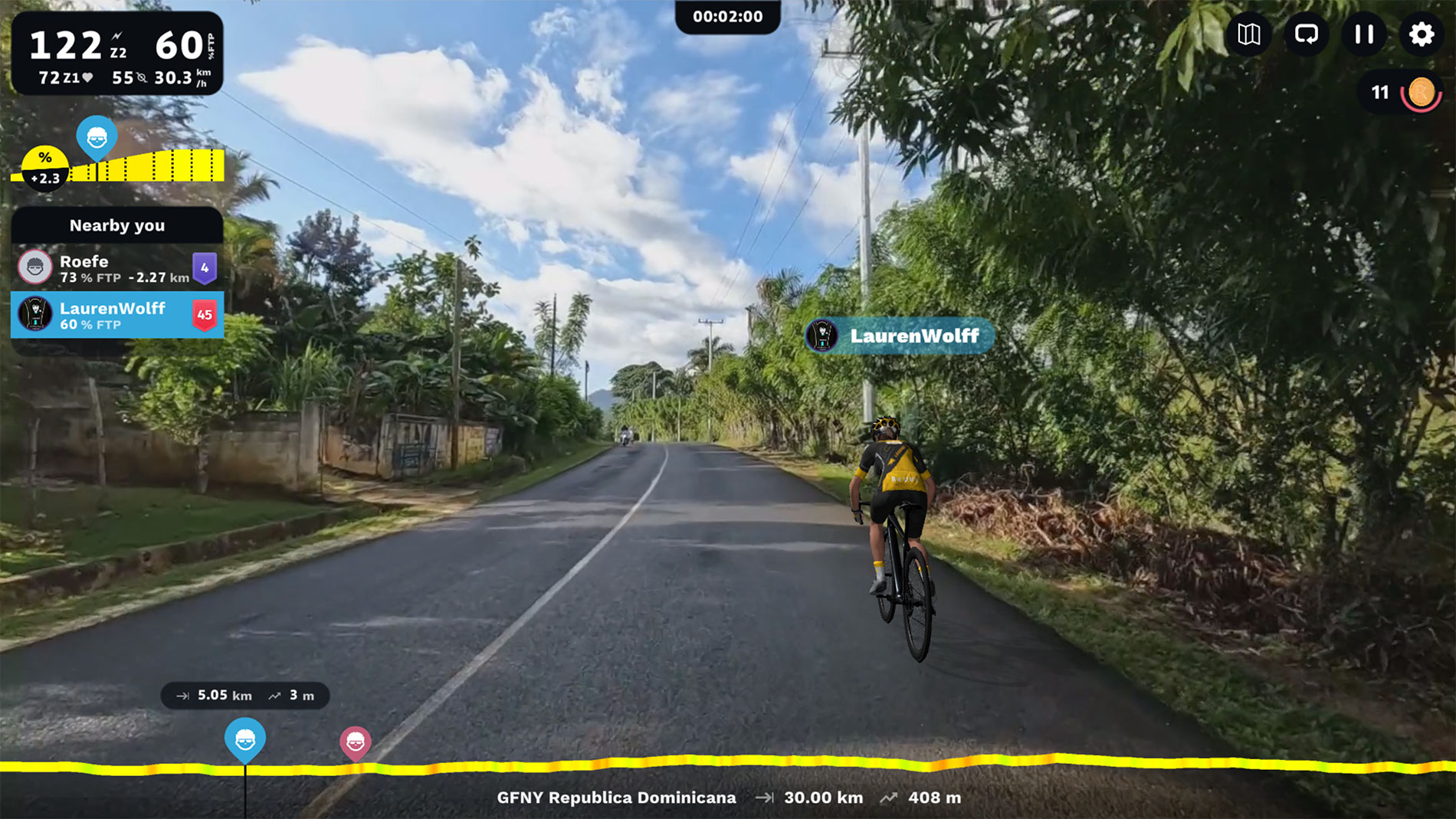 Get your passport stamped and a virtual jersey when you complete the challenges in Time Trial mode, and enjoy your journey!

Join other exciting challenges on other beautiful routes in Brazil.