As a part of The Tour de World, I'll share exciting cycling facts about each continent, and Europe is next. Europe is the second smallest continent and where you'll find the most visited attractions. The continent is also home to hundreds of UNESCO World Heritage sites - and we will see a couple. Our trips will take us to one of the world's most famous and iconic cities and the tip of an island off the Spanish mainland.

Europe offers endless opportunities and some of the most magnificent and picturesque but challenging climbing destinations for riding in the world. Without leaving your home, you can venture there and experience these stunning locations on ROUVY. Some European countries host famous World Tour races and monument classics for the pros. The races get massive coverage but are also renowned for training to prepare for the coming race season. So let's get packed, get your passport stamped and head off to explore these incredible and iconic places to see where the World Tour pros train and race.

Mallorca, forming part of the Balearic Islands lying south of the Spanish mainland, is one of Europe's top go-to cycling destinations for avid and hobby cyclists and is a must-visit. Recently, the island has played a part as a famous training ground and cycling haven for cycling pros and recreational cyclists. Here one can take advantage of the mild weather in Spring, in the early cycling season, and do some intensive climbing training on beautiful but challenging climbs.

The region provides a mix of profiles and beautiful scenic landscapes: from mountainous terrain in the west of the island to flat routes in the south and east. There is also an annual event called the Mallorca 312-kilometre recreational sportive or Gran Fondo on the calendar near the end of April every year. The ride starts on the northeast coast at Playa de Muro and is one of the most famous in Europe, with over 8000 entrants. The event is also the most gruelling amateur cycling race, with 5,000m of climbing in the Serra Tramuntana mountains. 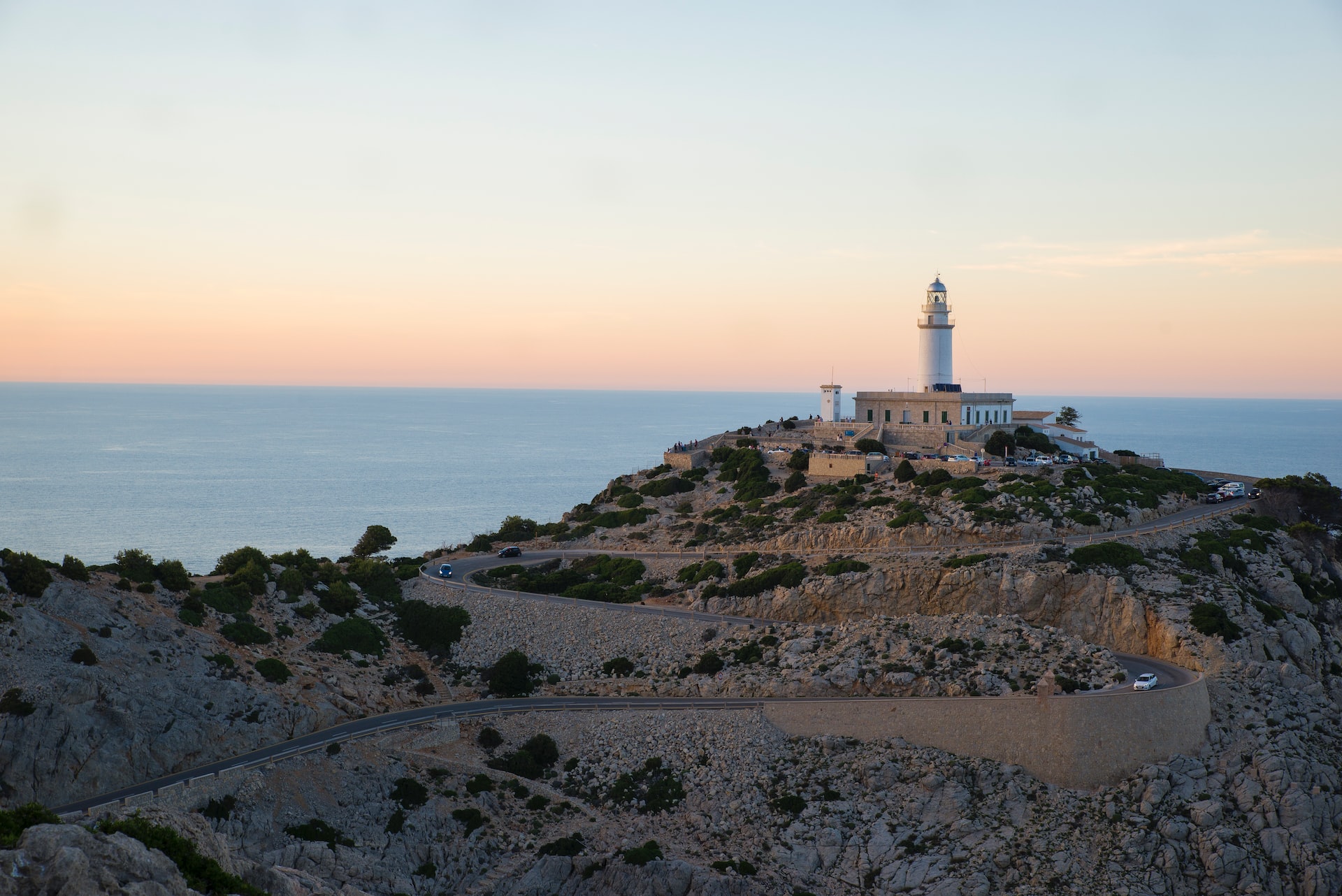 Where the four winds meet the light

At the end of this rugged limestone outcrop protruding into the sea stands a lighthouse at 210m that lights the way for boats sailing off Mallorcan shores in the dark. This landmark will be your destination that was once long ago, only accessible by sea or mule track. The road is undulating with hairpins, winding, fast downhills and gorgeous vistas. Let's zoom in on the details about the Cap de Formentor. 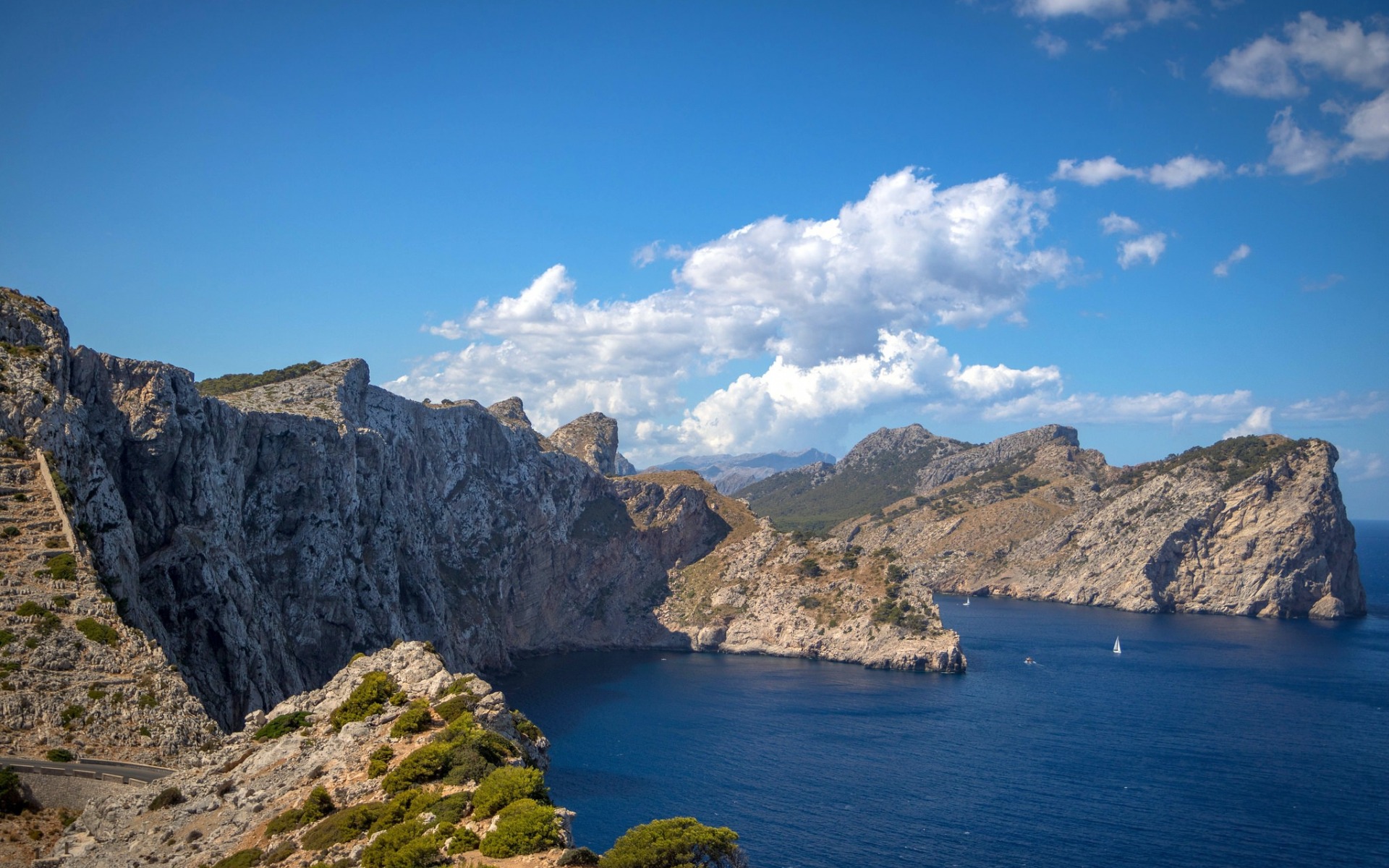 Now you can cycle to the lighthouse craggy limestone outcrop that juts out into the sea to the Cap de Formentor and be a part of the European leg of the Tour de World Challenge.

One of the most famous, enjoyable, and quite manageable climbs in the region of Aragón is Col du Pourtalet. It is a unique climb, forming a natural border between France and Spain in the Pyrenees. The climb has been used numerous times in the Vuelta a España and the Tour de France, which is an excellent reason to do this climb and get a feel for how the pros felt while racing on this stretch of road. It is also used each year in the famous Quebrantahuesos Gran Fondo.

Another beautiful coastal route to go and explore in Spain is the rolling up and down coastline meander from the Tossa de Mar, a seaside town enclosed by a medieval castle taking you to Sant Feliu de Guixols in the municipality of Catalonia, not far from the French border in Girona.

Climb legendary French passes where heroes are made

The French Alps are a regular and favourite cycling destination to explore. The alps appear on most bucket lists of places to cycle, where Tour heroes have battled in the Tour de France. The most popular and iconic "Hors Catégorie" climbs, frequently appearing at the end of exciting mountain top finishes, are a big drawcard for avid cyclists to challenge themselves. An HC climb is "beyond categorization in terms of gradient" and the most challenging climb in a cycle race. You can tackle these HC climbs on ROUVY: the Luz Ardiden, Col du Tourmalet and the Col d'Aubisque. These classics in the French Pyrenees contribute to the many legendary climbs of the Tour de France and La Vuelta. Enjoy these passes and the breathtaking scenery. 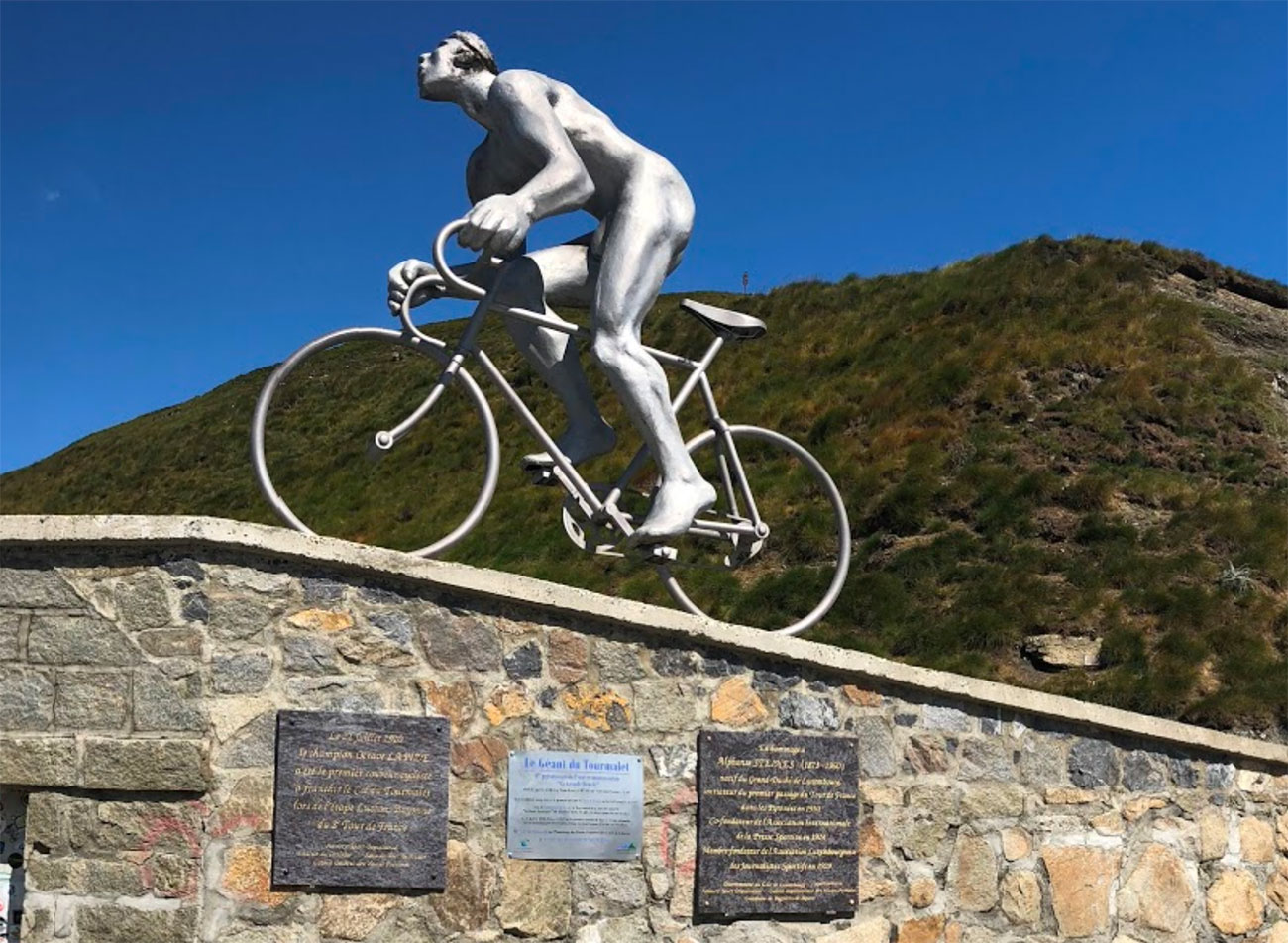 Next, we head a bit further south of France towards the Mediterranean. We find ourselves immersed in the mythical place of the cycling legends - the iconic Giant of Provence, Mt Ventoux. There are three ways up, via Bedoin, Maleaucene or Sault. The area has a background steeped in many Tour de France dramatic battles and stories of triumph and tragedy on Mt ventoux since the Tour began. However, if a less demanding profile suits you better, enjoy a more gentle pace cycling in the lavender fields of Provence at the foot of the Giant. 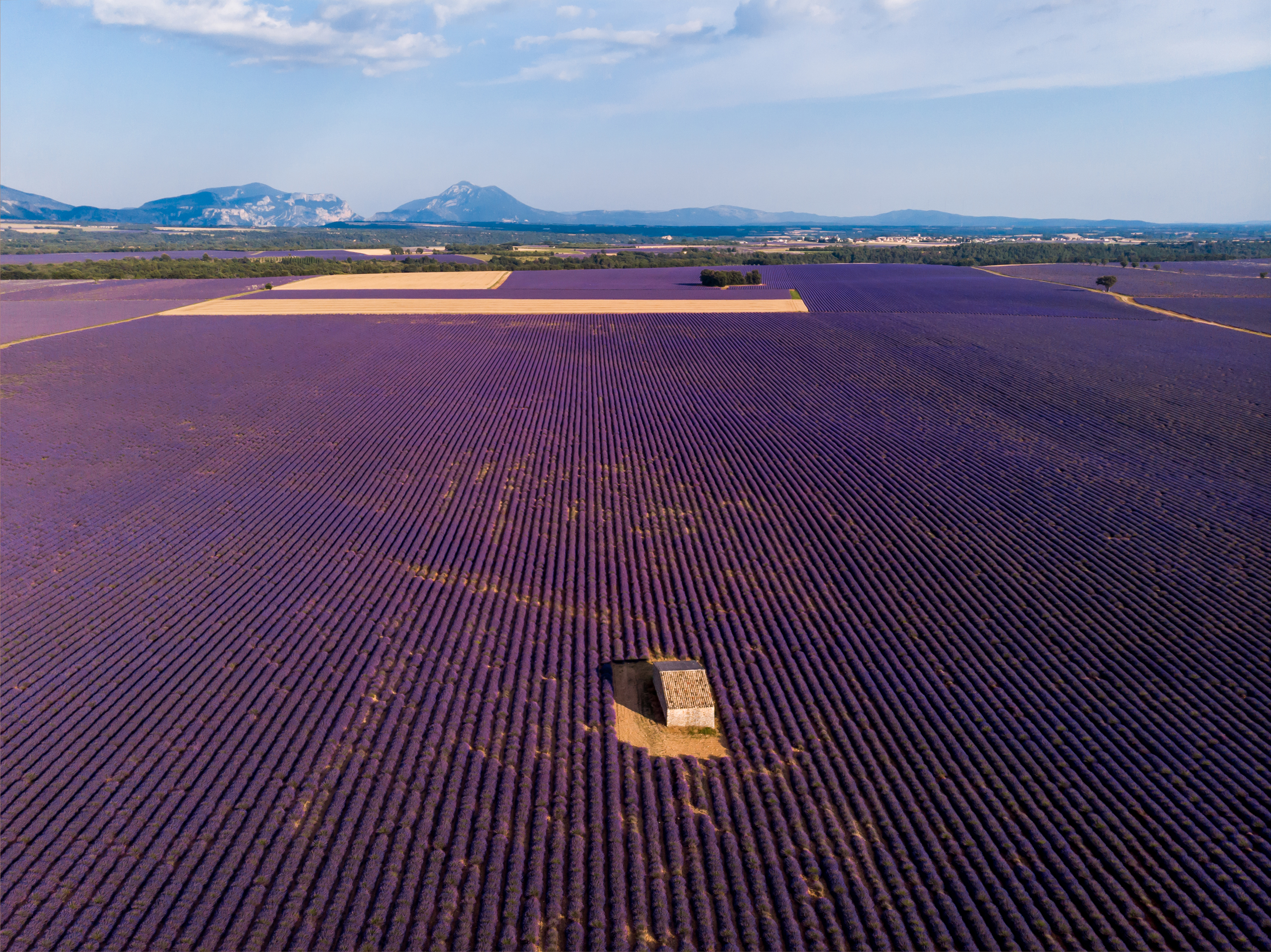 Heading back up north, we do a whistle-stop tour of Paris for a fun city cycle and see what this magical and famous city has to offer before continuing on our trip through the magnificent sites of Europe.

Paris - The City of Light and Love

Ride through a famous section of one of the most beautiful cities in the world - Paris. The capital of France, known as the city of light, is a global centre for art, fashion, gastronomy and culture. View the 300m high towering Eiffel Tower, marking the start of your journey, Paris's most iconic landmark. and built to celebrate the centennial of the French Revolution, and then cycle over and along the Seine River, where you will spot Notre Dame. Take a quick picnic break at a park and then continue to the Louvre Museum, famous for the Mona Lisa. Ride past the Palais Royal, and Place de la Concorde and finish up on the famous Champs-Élysées, the grande finale of the Tour de France. Cycle through the City of Lights, given the name because Paris was the first city to use gas streetlights on its boulevards in the 17th century. 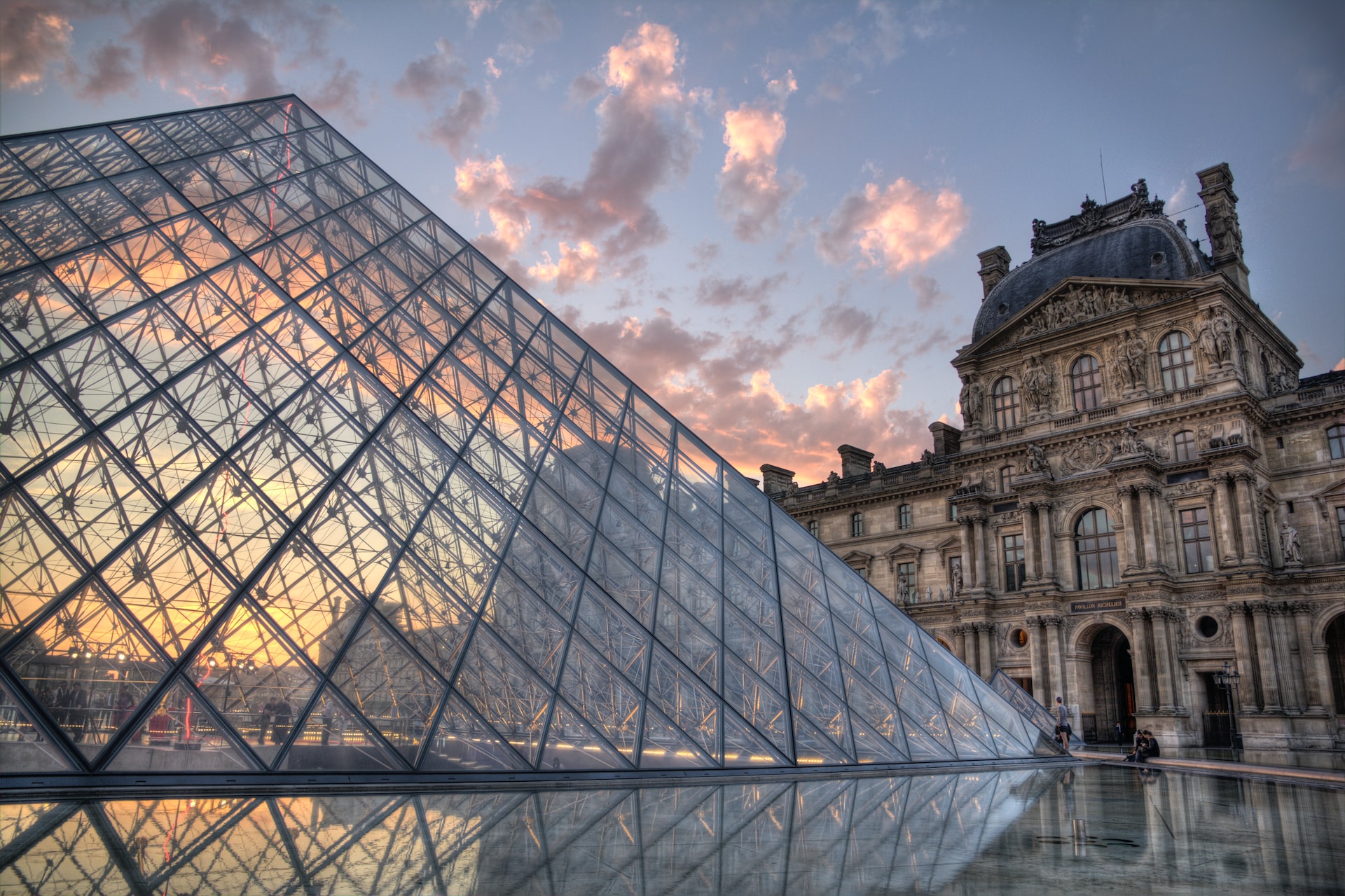 The Louvre museum in Paris on Rouvy

Cycle through Paris in the Tour de World challenge series on ROUVY and keep an eye out for these famous landmarks along the way.

The Climbs of Champions in the Italian Alps

The colossal and monumental grand Dolomites are next on the to-do bucket list of cycling experiences in northern Italy, apart from the infamous and legendary Stelvio, Gavia and Mortirolo, all rich in cycling legend history in the Giro d'Italia and the monument Tour of Lombardy also known as the ride of the Falling leaves. These climbs offer challenging climbs and beautiful panoramic views along and at the summits. Take some time to enjoy them even if it's tough going! 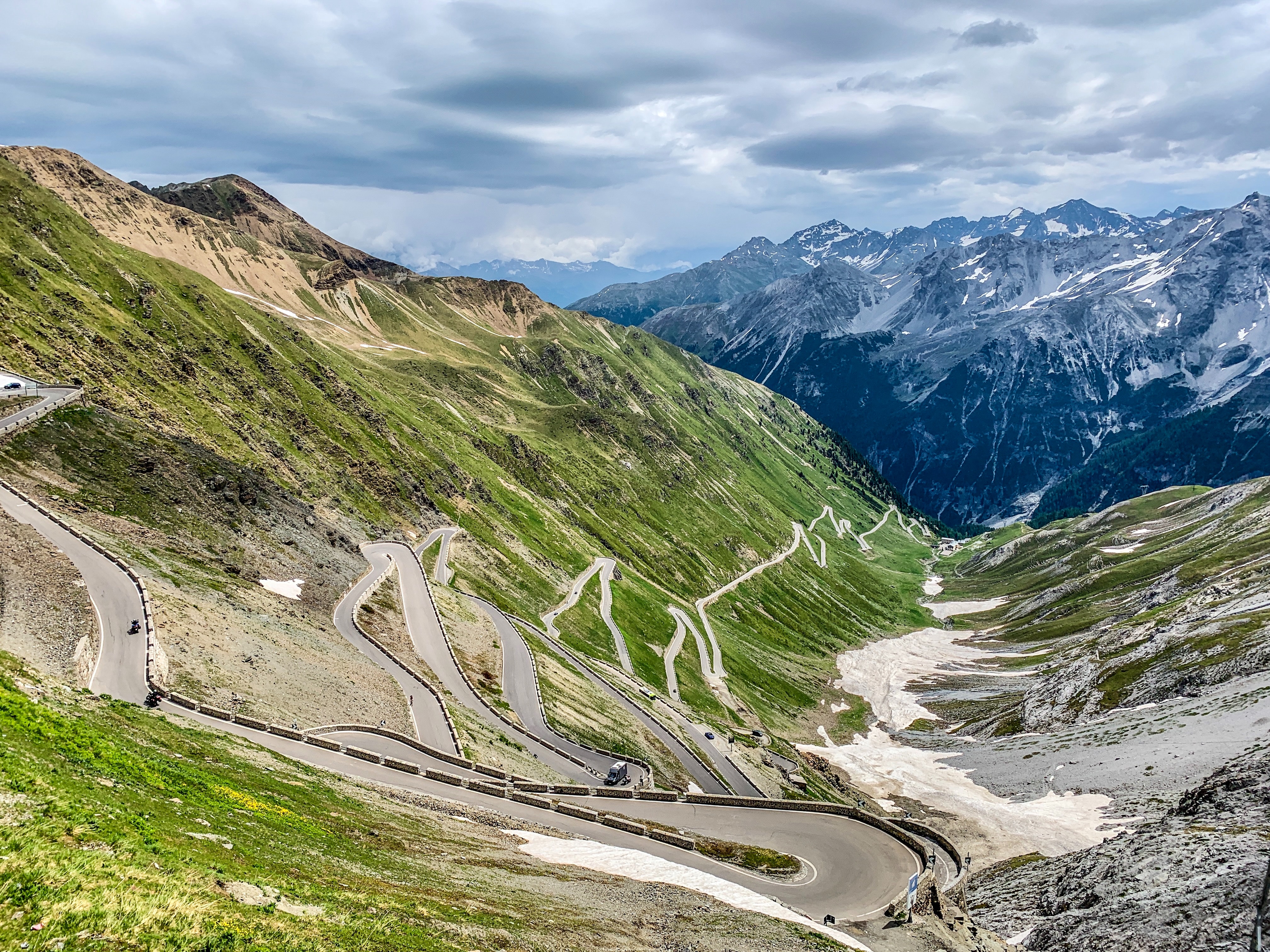 The Stelvio on Rouvy

The grandeur and mystique of the Italian Dolomites

There are also several very famous and stunning passes to climb in the northeast of Italy, forming the massif known as the Dolomiti, which should be on a cyclist must do list when considering a cycling tour in Europe. The region is often used on stages in the Giro d'Italia and some famous and established amateur races. Each year there are two cycling events in this natural and grand playground for passionate cyclists.

The Sellaronda Bike Day and the Maratona Dolomites unite thousands of cyclists to conquer the region's passes on closed roads. Sellaronda is a 51.5-kilometre round trip cycle route from Corvara with a total ascent of 1,691m, and 25.4 kilometres of the tour are uphill. The Passo Gardena, Passo Sella, the toughest face of the region, Pordoi, the second highest paved climb in the Dolomites and Campolongo form part of the famous four passes making up the demanding but inspiring circuit. 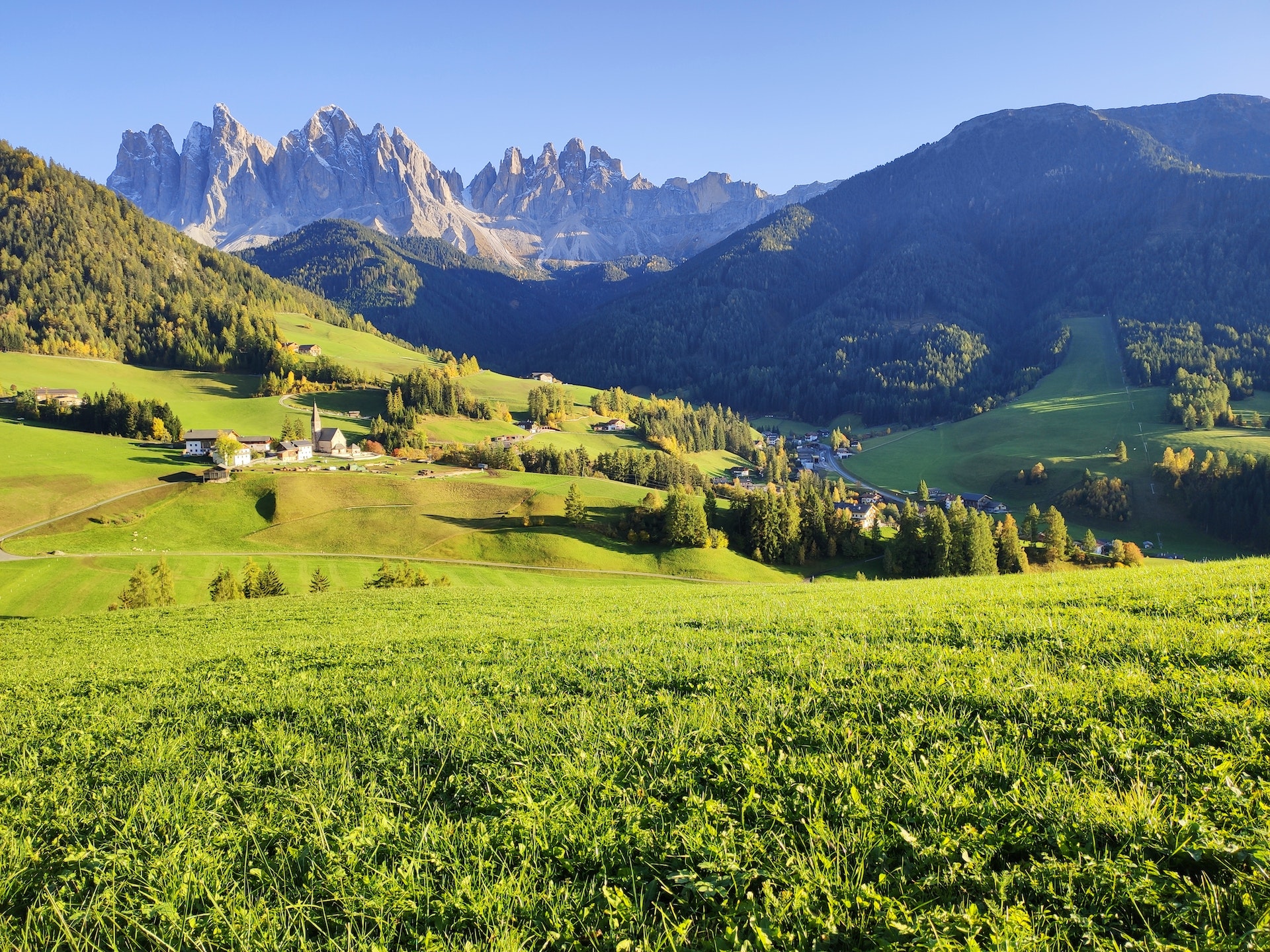 These majestic passes backdrop to majestic, shark-toothed-shaped massifs and alpine forests. This grandeur lends itself to stories of the great Italian cyclists and plays out on routes of the Giro d'Italia. And a bit further east is the Passo Valparola, also in the heart of the grand Dolomites and rich in cycling legend history, where people still speak of the brutal battle between Fausto Coppi and Gino Bartali on these climbs in the Giro d'Italia. 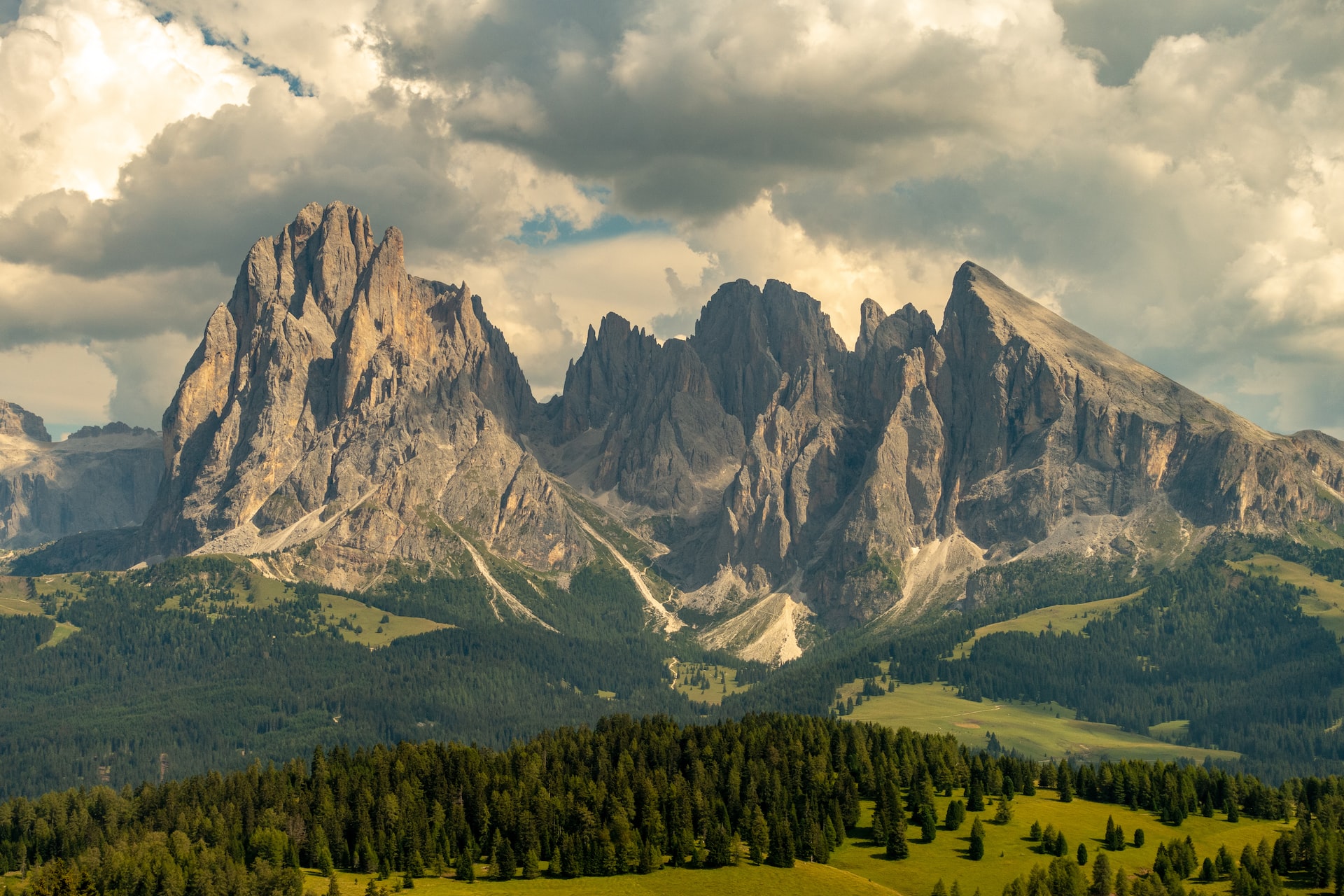 We can tackle the challenging Gran Sasso by venturing further south to a famous national park with three mountain ranges and the Apennines' highest peak, the Corno Grande, which means Big Rock. Gran Sasso is a mountain chain consisting of a dying glacier that formed a massif of dolomite and limestone in the Apennine range in central-east Italy. Standing like a titanic grey sentinel at 2,900m, Corno Grande is the highest peak in the Apennines and the second-highest mountain range after the Alps.

Try one of the famous Spring Classics routes in Belgium that take you over the cobbles and up the famous Muur van Geraardsbergen.

Find out why the cobbles are shaped a certain way on steep climbs!Cycle in the pristine Swiss Alps up the Albula Pass and learn about the engineering marvel in that region.

Explore a rural, rolling and remote area of Romania in the Piatra Craiului National Park and meet some animals along the way.

Explore the Black Forest in Germany

Tour de World is a travel event from Oct 24th that gives you a chance to ride across the world, exploring six continents in six weeks and offers you the opportunity to win some great prizes and get fit while traveling. You'll visit Australasia, Africa, Europe, North America, South America and Asia as you experience cycling around the world.

Get your passport stamped when you complete the challenges in Time Trial mode and enjoy your journey!