We will virtually explore one of Europe's most exciting and unique capitals on ROUVY - London, the capital of the United Kingdom. Along a distance of 11km, we'll be riding west, weaving our way on a whistle-stop tour and from Tower Bridge Road along and over the Thames River, which will take you through this historical and mysterious city ending in Soho. This exciting route will take you on a journey through some of the most historical landmarks to honour Queen Elizabeth II's recent passing.

Historians seem to agree that London originated from the Roman town and settlement of Londinium, established in 47 AD, meaning 'from the Great River,' which grew to become the majestic city it is today. The ROUVY virtual route that we ride is short and flat and takes you on an up-close and memorable sightseeing journey meandering through some of the main focal points and highlights. Reading this review in advance may give some interesting and fun facts to keep in mind, and a better insight into this area of the city's background before you set off. 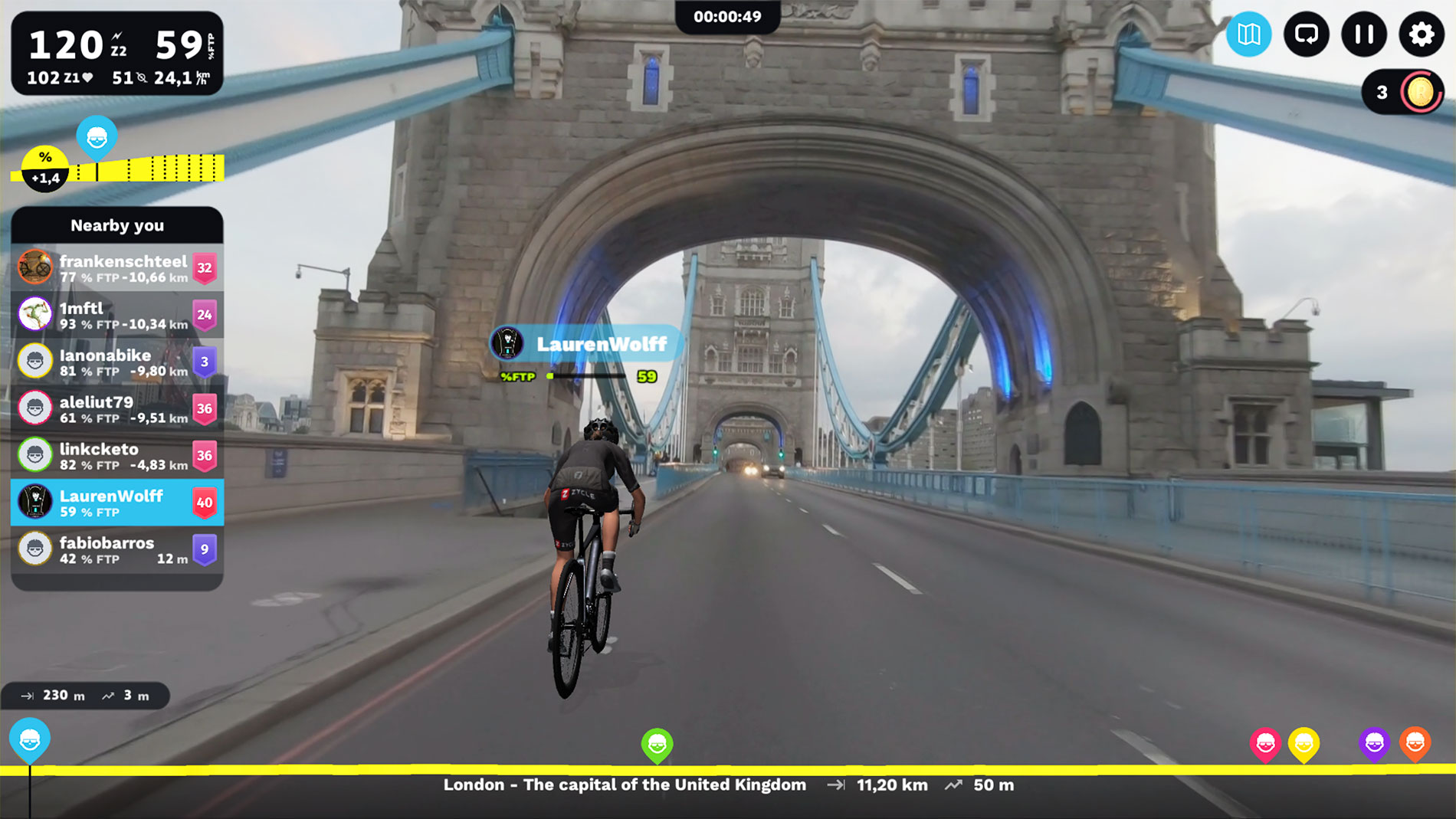 As we begin our way through the centre of London - The capital of the United Kingdom, we head straight ahead to the London Tower Bridge, a suspension bridge constructed in 1886 with rich architectural history through time, which we ride past at 0,4km. Next, we approach the Tower of London, one of London's most famous historical castles and tourist attractions and for a good reason.

The historical and mysterious Tower of London

The historic Tower of London, seen at 0,7km, directly after the bridge on your left, had many essential functions through the ages. It has been a Royal Palace, housing many royalties and a fortress for William the Conqueror, which were besieged but never captured; it was once a prison where torture and execution were commonplace, and it was an arsenal storage place. It hosted the Royal Mint for 500 years, and the first Royal Zoo was established there in 1235 for 600 years. Here a menagerie of wild and exotic animals was given as gifts to royalty from all over the world, from lions to polar bears and finally closed in 1835. 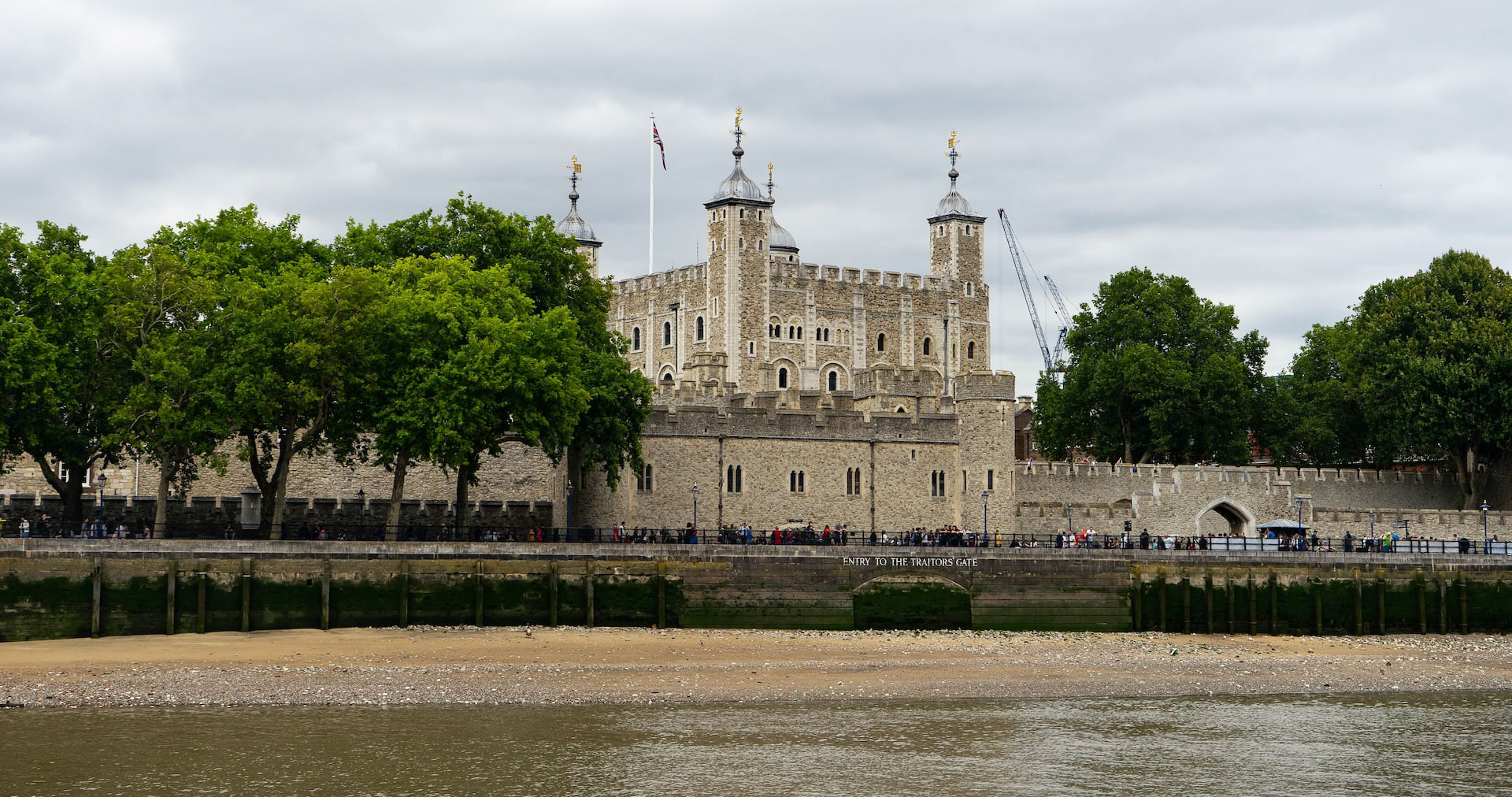 Traditionally, there are about seven resident captive ravens at the Tower. The belief originated during the reign of King Charles II, who reigned from 1660-1685, that they protected the Crown and the Tower. The Tower of London also upholds centuries of colourful traditional and steadfast ceremonies such as the Keeper of the Keys Ceremony dating back to the 16th century as a form of security back then protecting the monarchy and the Crown Jewels and other priceless coronation regalia. Also, the Ravenmaster of the Yeomen Warders looks after the Tower ravens. The medieval structure, damaged in WW2 but repaired later for access to the public, continued to withstand the test of time and survived to become a UNESCO World Heritage site. 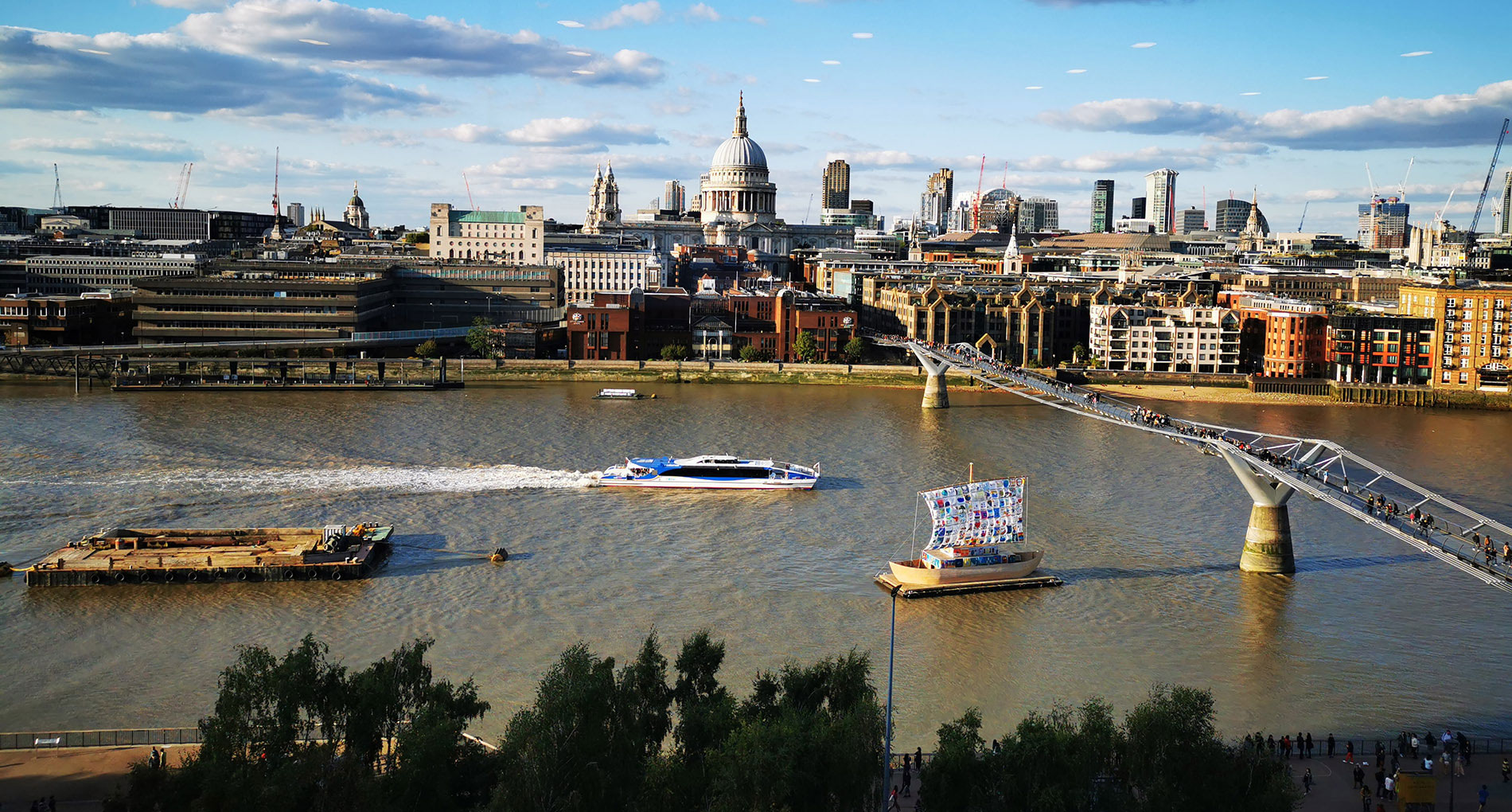 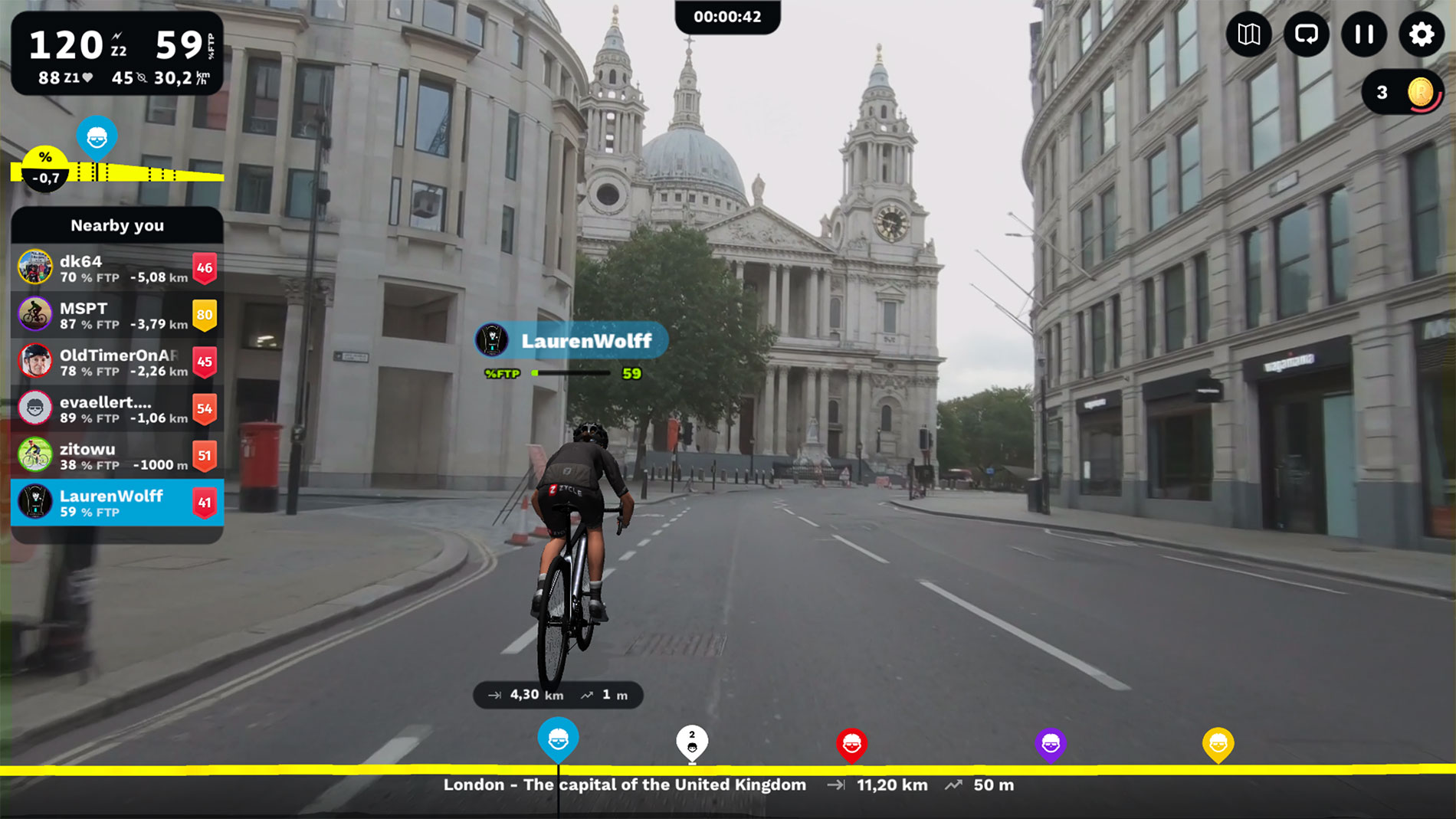 We continue past St Paul's Cathedral at 3,5km, which you'll see immediately by the massive dome, the second largest cathedral dome only to St. Peter's in Rome. The cathedral, designed by the architect Sir Christopher Wren, was the most famous architect in the United Kingdom in the 17th century. It was built in typical Renaissance architecture in the English Baroque style over 300 years ago and now stands as the highest point in London. Before that, construction occurred four times in its history: the first time in 604 AD, constructed in wood, the Vikings destroyed the second in 962 AD, and the Great Fire of 1666 destroyed the 3rd construction designed in the Gothic style. Several significant events have taken place during history at this fascinating landmark: the marking of the end of the world wars, jubilees and royal marriages and memorials.

Interesting facts about The Thames

Then we take a cycle over the River Thames once again. The Thames is the main topographical feature of London, spanning 346km, with its source in Gloucestershire and ending near Southend-on-Sea. The name originated from the Celtic word for dark, Tamesis, which is characteristic of and lends itself to its brown silty waters. It crosses the city from east to southwest with many tributaries underground, and because it is tidal in parts, London is susceptible to flooding. The Thames River is now one of the cleanest rivers in a large city in the world and provides London with ⅔ of its drinking water once treated. The river has inspired many artists:  Turner, Monet, Canaletto and Whistler, featuring the river in much of their artwork. 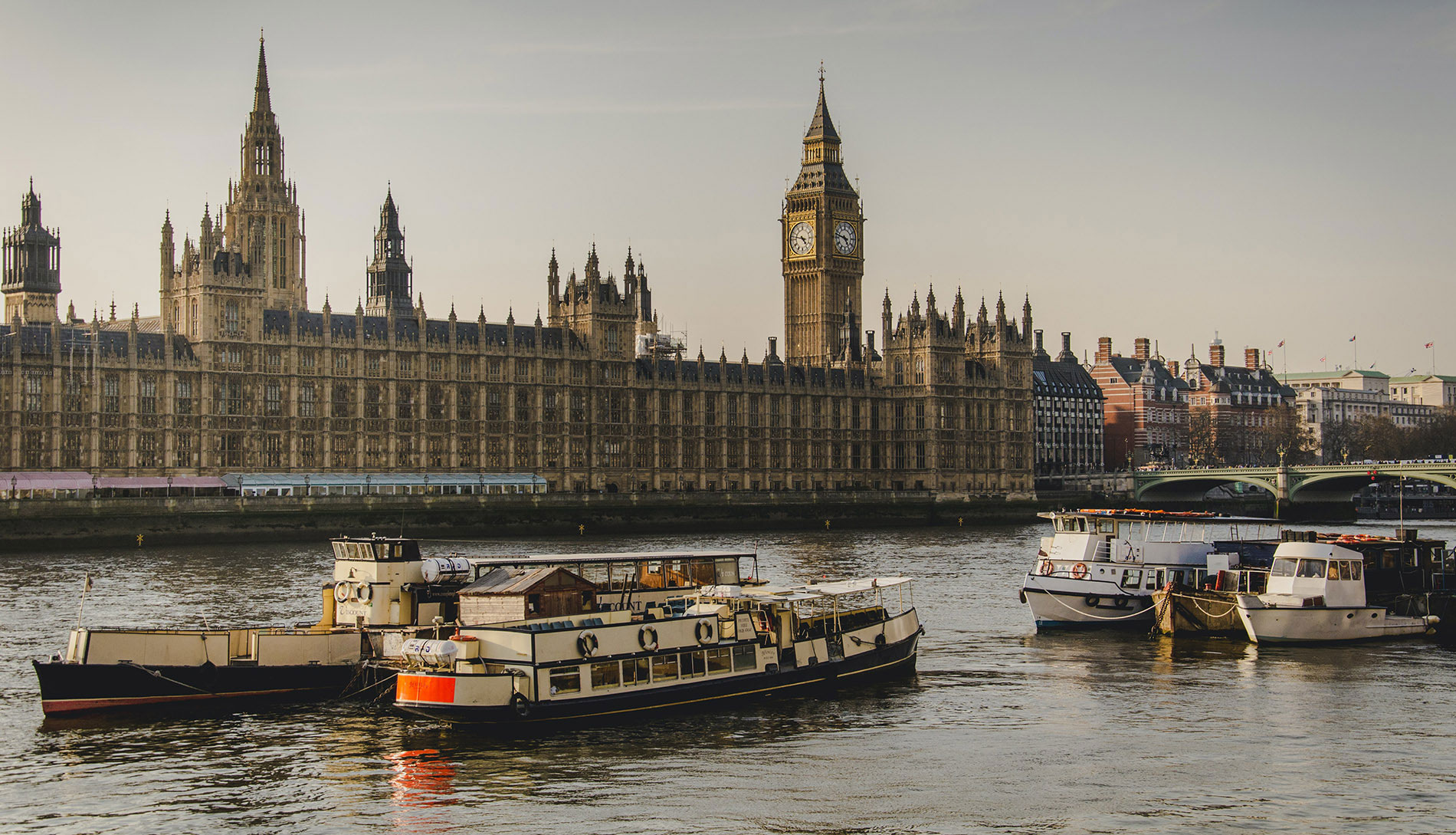 We continue riding on through Waterloo and, while riding over the Thames once again, approach the iconic Big Ben, one of London's top tourist attractions, seen over Westminster Bridge at 7,7km on your left, situated to the right of Westminster Hall and Abbey. The Clock Tower is a Heritage site and was completed in 1859, survived both World Wars, survived the reigns of six monarchs and was renamed Elizabeth Tower in 2012 to commemorate the late Queen's Silver Jubilee.

Fun facts about The Clock Tower

The name Big Ben is, in fact, not the correct name of the large bell within the Tower but rather the Great Bell. Big Ben was the nickname given to the bell by Sir Benjamin Hall, who was in charge of constructing the House of Parliament attached to the Tower in 1858. The bell weighs 13 tonnes, and the four clock faces on each facade, each measuring 23 feet in diameter is lit with energy-efficient globes lasting up to 7 years. The clock tower has a slight tilt and barely detectable angle. Winding the clock to keep it accurate takes an hour, and the pendulum has pennies added to it to save time by making it swing faster or slower. 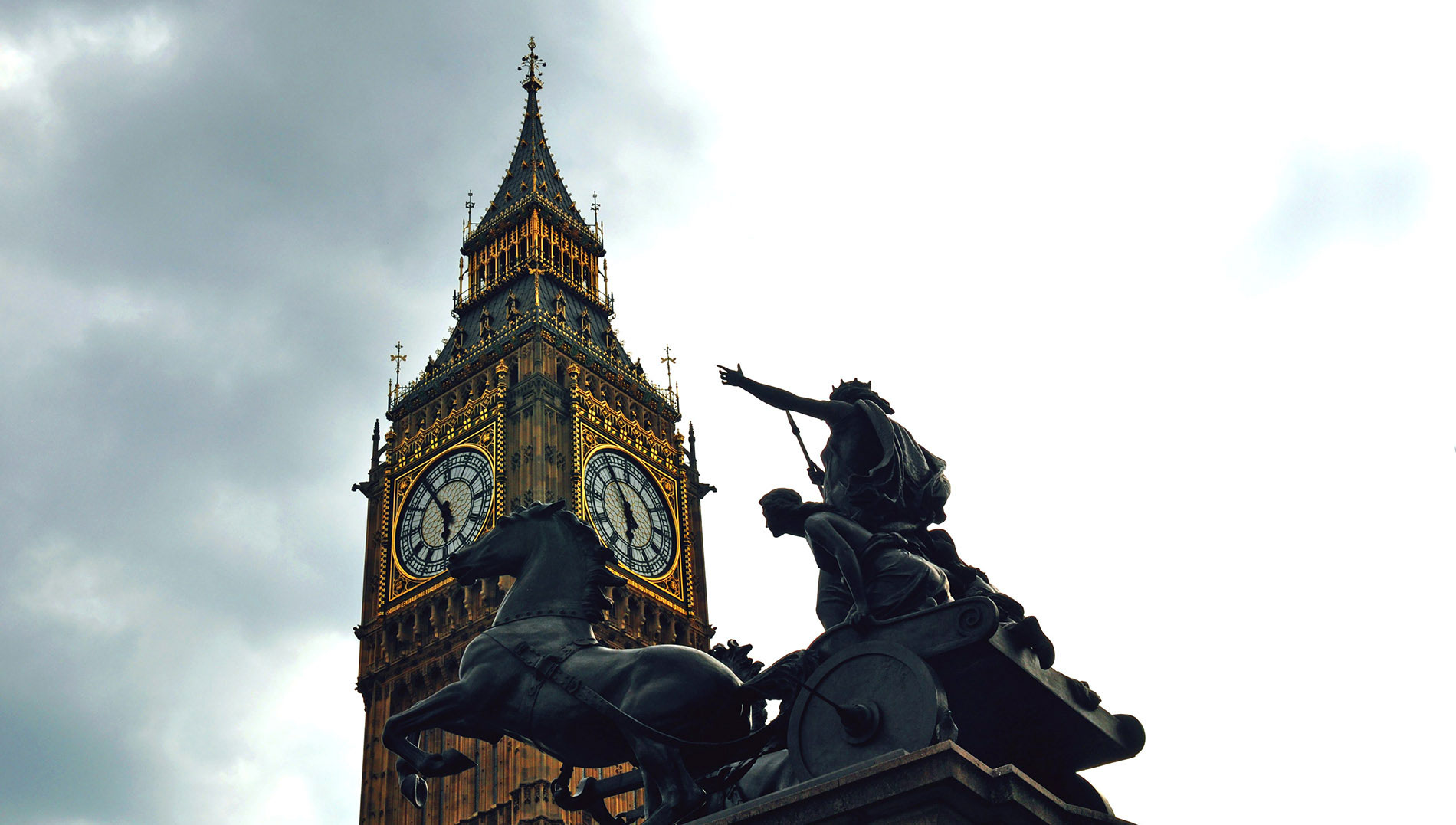 Alongside the Tower is Westminster Abbey, a magnificent gothic church that is a UNESCO Heritage site. It has a rich historical background of monarchs' coronations and royal weddings since 1066 and resting places of famous writers, poets, scientists and politicians involved in its thousand-year existence since it was built in 1245, taking 100 years to build. Westminster Palace, known as the Houses of Parliament, just east of Westminster Abbey, is where Queen Elizabeth II had an enduring connection. From a young age, she witnessed her father's coronation, and she married and had her coronation there. She spent time in the Abbey attending national and international celebrations and commemorations and attending family funerals and weddings. 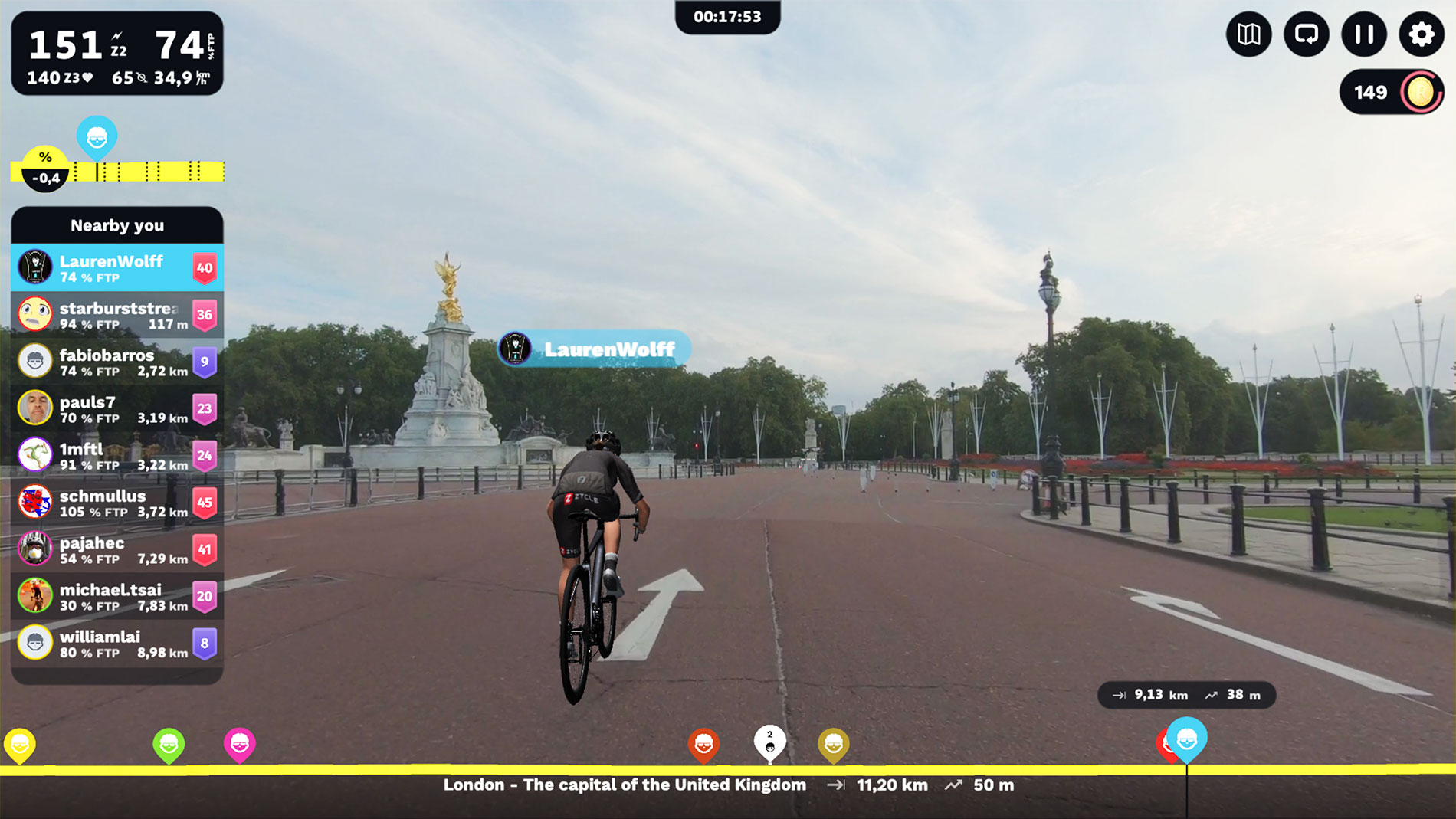 Next up, we begin to end our exploration of London by riding past St James Park at 8,3km, a 23-hectare park in the City of Westminster in central London and the city's oldest Royal Park bordered by Buckingham Palace with its Horse Guards Parade and Changing of The Guard, Big Ben and the London Eye. The expansive park is a habitat and wildlife sanctuary for animals such as ducks, geese, swans and pelicans, initially introduced in the 17th century.

Ending off our journey in English Tradition

We end off our eventful ride passing the National Gallery art museum in Trafalgar Square. The museum houses an art collection of some of the world's most famous paintings dating from the 13th century to the 1900s. We finally reach Covent Garden at 10,9km, where you can end your ride at the renowned London shopping and entertainment hub, foodie paradise, and perhaps 'your cup of tea.' So unclip your pedals, get off your trainer and take a seat for a well-deserved cup of Twinings English tea with freshly baked scones, strawberry jam and whipped cream.

Estimated time to complete the route:

Enjoy riding the city of London when you join the Capitals of the World Challenge on ROUVY or explore the virtual London route on your trainer at any time.