Visit Greece on a virtual tour on ROUVY and explore a unique and beautiful destination famous for its rich cultural and historical landmarks, pristine white beaches and the vast turquoise Mediterranean sea on the longest coastline in Europe. 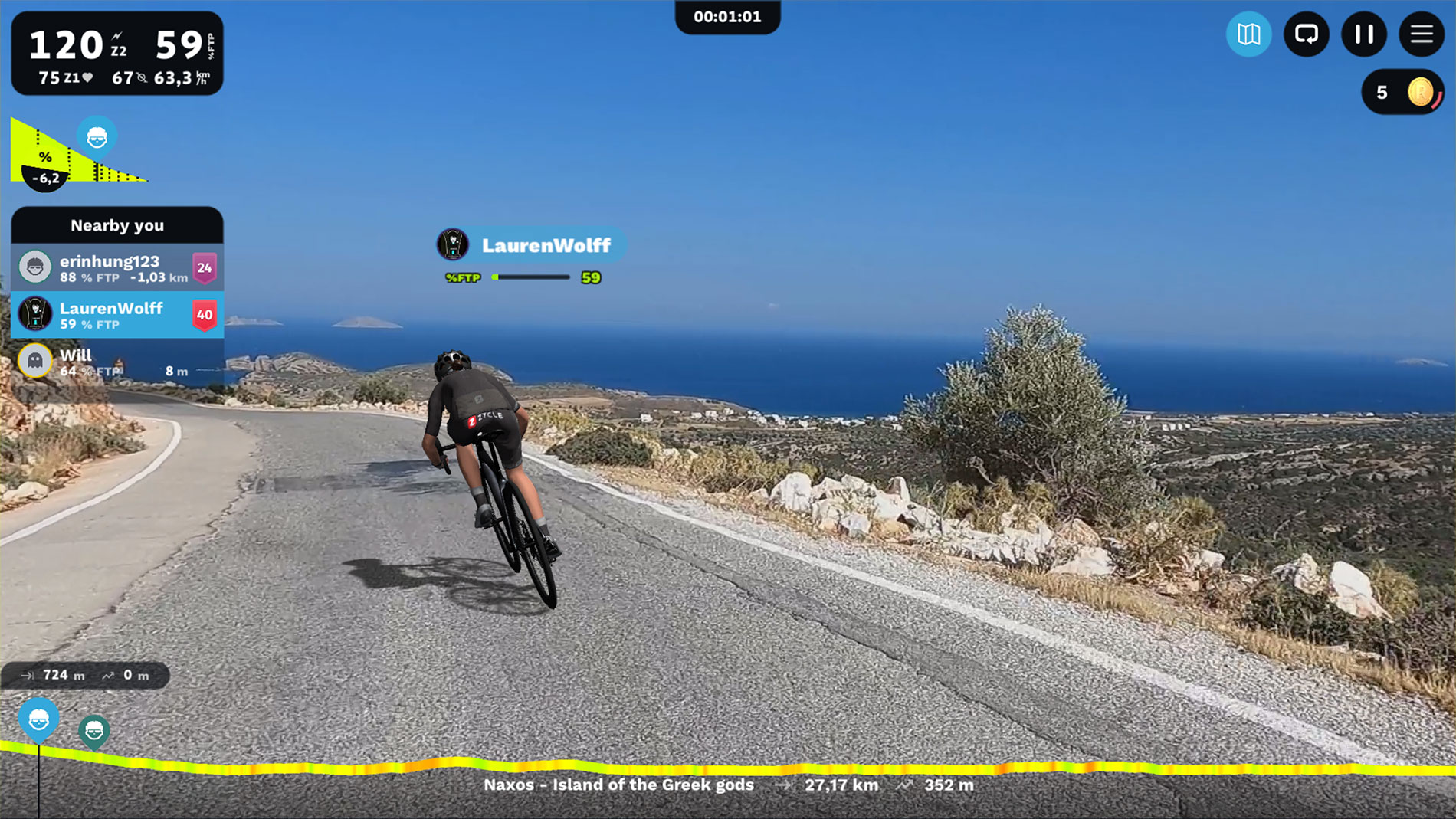 On three virtual rides, we will explore the following main areas.

First, we will ride in the Cycladic island town of Naxos, the largest and greenest of all the Cyclades and home of Dionysus, the Greek god of wine. Then we make our way to the idyllic Lake Doxa, a small paradise in the lush alpine landscape around a picturesque mountain lake, the mythical birthplace of the god Hermes. Afterwards, we meander along the Athens Riviera seaside resort paradise, the legendary archeological site of the goddess Athena, and the Poseidon temple, dedicated to the god of the sea.

Naxos - Island of the Greek gods and giant of the Cyclades

Naxos is one of the 227 inhabited Greek islands forming part of and in the heart of the Cyclades, the most famous island group in the Aegean Sea and the most prosperous as far back as 500 BC until today. The island is rich in culture and one of the most popular tourist destinations in the group of islands. It is famous for its fascinating ancient ruins and medieval structures. Ancient Greek folklore on the island is rich with classical mythology. The legendary tales of the god Zeus, father of the Olympian gods and Dionysus, the god of wine, are known to originate here.

According to the Greek myth, the god Dionysus met Ariadne, the Minoan princess, on the island, where she was abandoned by Theseus, the Athenian prince, during his return voyage to Athens. Also, the Portara ruin, the island's most famous landmark (a marble gate) forms part of an ancient, unfinished temple dedicated to the god Apollo. 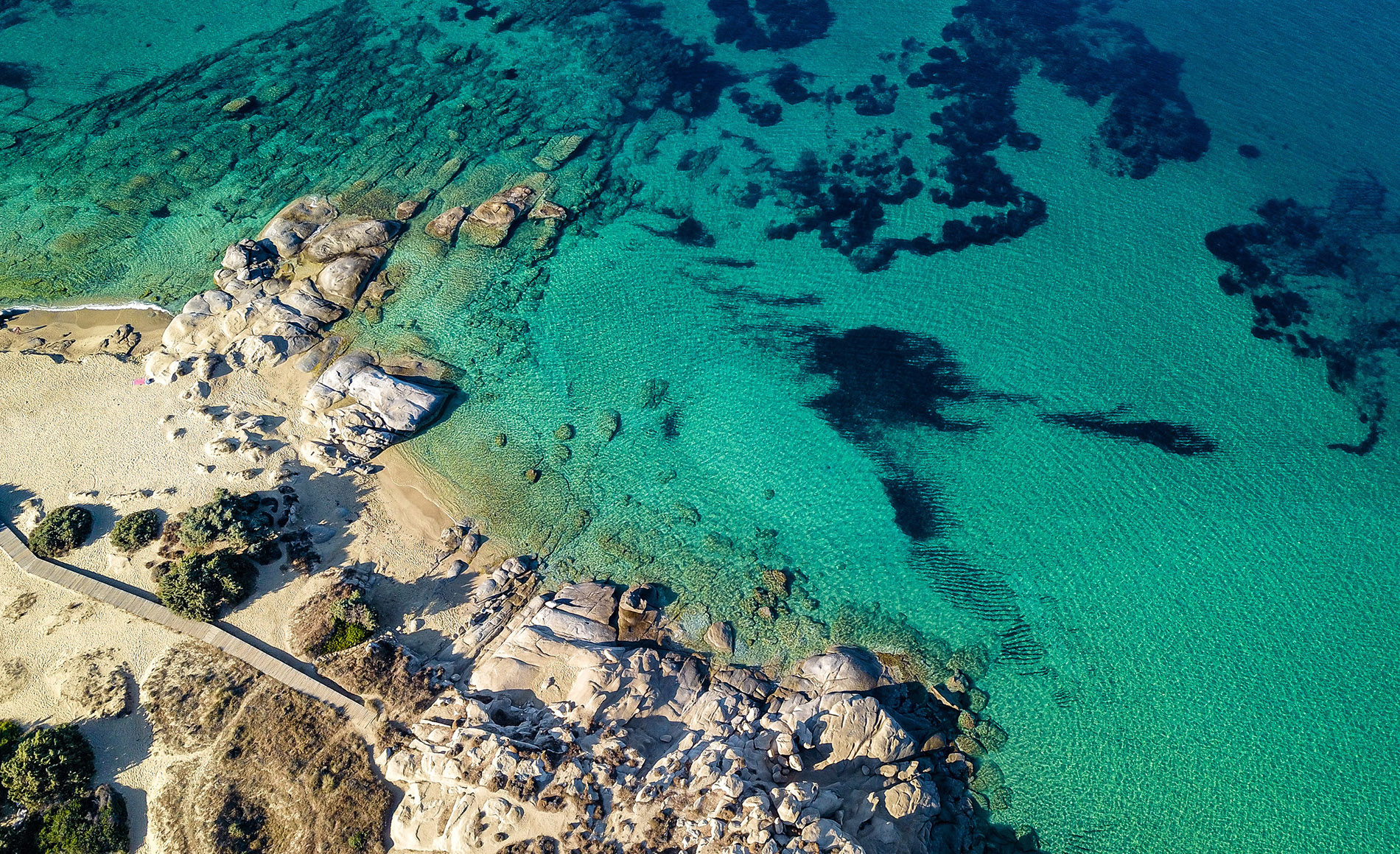 Take a ride on a 27km rolling terrain on the east coast of Noxa island heading south, beginning on a long sweeping descent with spectacular views while hugging the gorgeous coastline, pristine white beaches, and deep azure waters. We start by heading south and a return journey leading up north again along the same road and finishing your ride at a small cove with the waves breaking on the dazzling white shoreline. 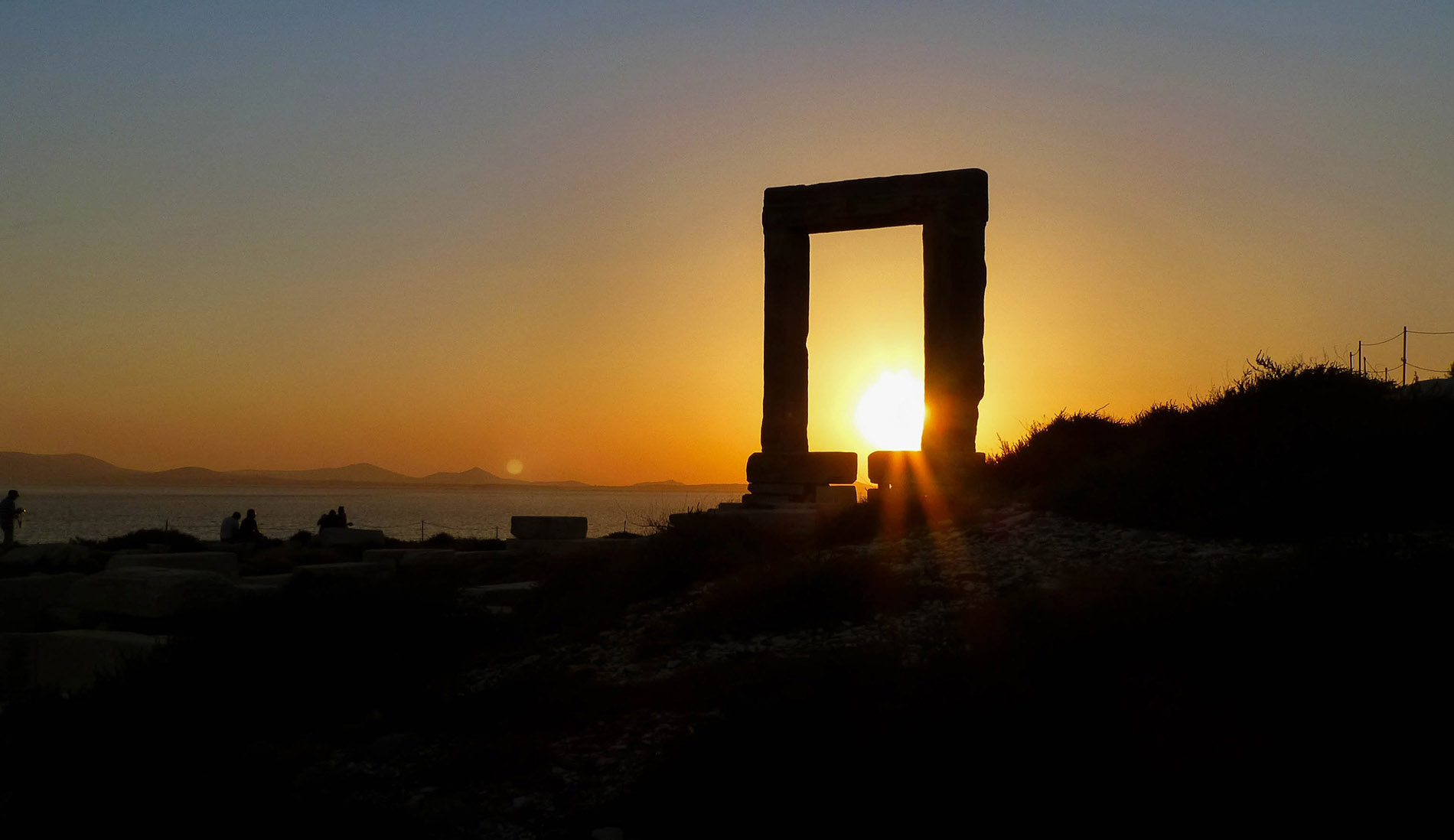 How to ride Naxos - Island of the Greek gods

As you will roll off on a downhill, there is no need to do a warmup before the ride, and your legs will be ready for the remaining undulations of short hilly sections.

Ride through the Naxos

Lake Doxa - the jewel of the Corinthians

Our journey takes us next to Lake Doxa, a small paradise in the western Corinthian range on the beautiful Peloponnesian Peninsula, west of Athens. The setting is a lovely picture-postcard mountain landscape and an idyllic setting surrounding a beautiful lake. According to mythical folklore, the village at the foot of Mount Cyllene was Hermes's birthplace, and the area became an important area of worship during the annual Hermaea festival in ancient times.

Along the route, you will pass the historic and mysterious St. George Monastery with views of the lake below. While you circumnavigate the lake near the end, you can catch a glimpse of the shimmering waters through the trees. 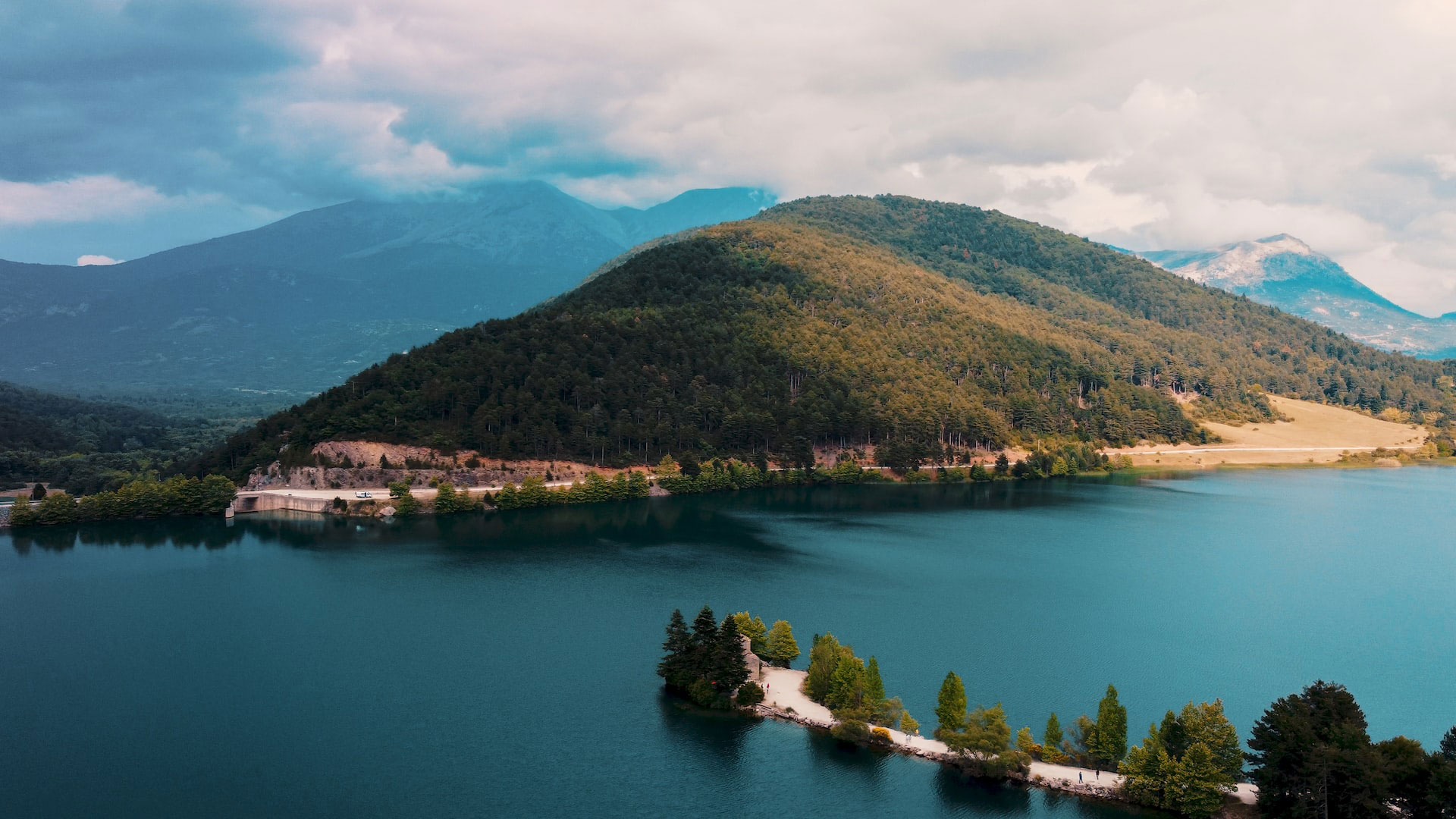 How to ride Lake Doxa route

There are two short climbs on the route you will need to tackle, but a built-in warmup with the long downhill start will prepare you for the ascents, followed by a stunning downhill and a flat 10km stretch to the finish. Try and push hard on the two climbs and take recoveries in between, then try and maintain a tempo and sustained and solid tempo until the finish. 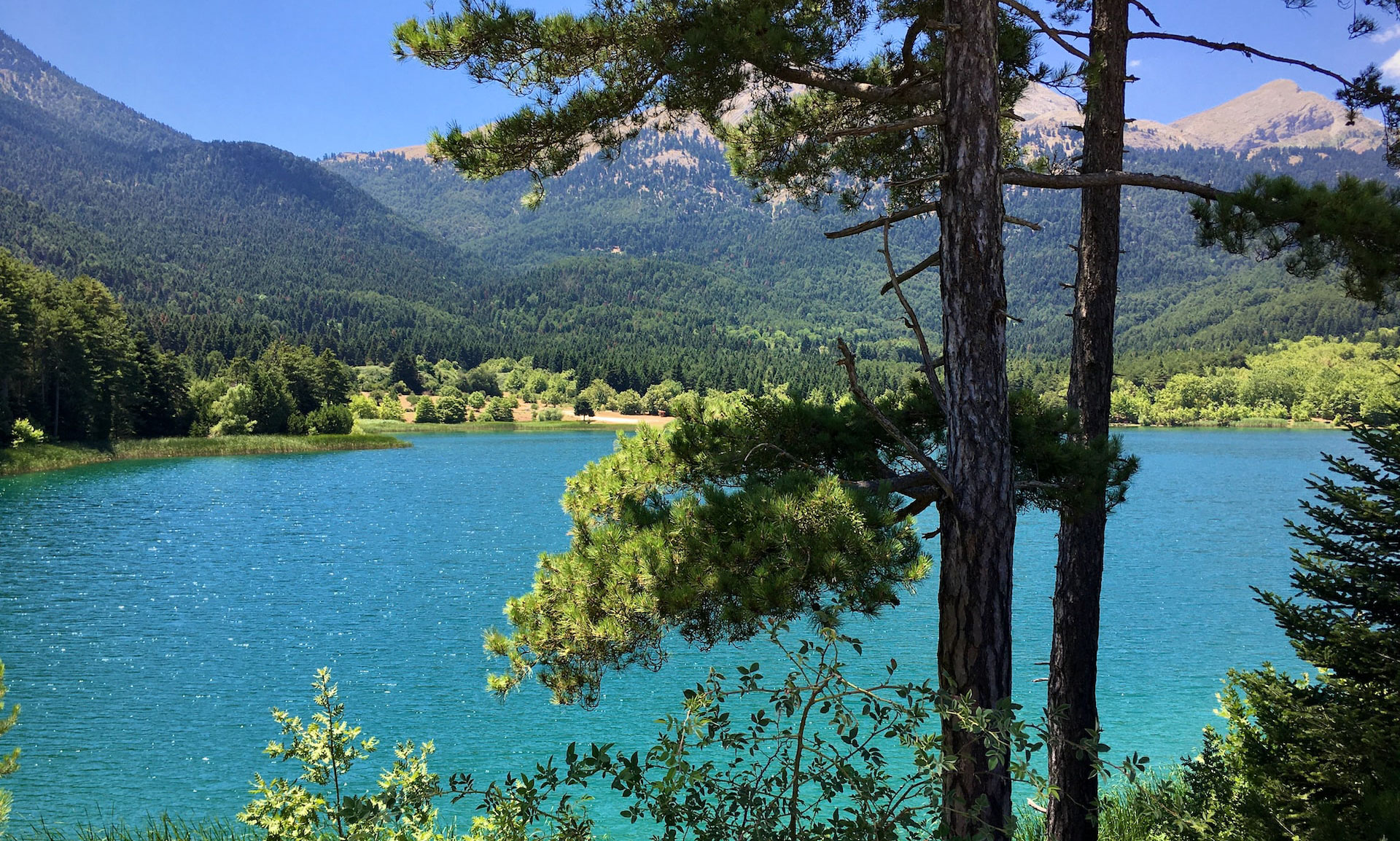 The seaside paradise of Athena

Meander along the Athens Riviera on the Mediterranean. The coastal area of 16km lies south of Athens from Piraeus to Sounion in the region of Attica. The city's name originated from Athena, the goddess of wisdom and peace. She is also the city protectress and the goddess of handicraft, as well as practical reason, making her the adored patroness of the city of Athens.

In this mysterious place, you'll find the legendary archeological site of the Poseidon temple situated on Cape Sounion, dedicated to the mythical god of the sea and one of the most majestic temples in the whole of Greece, and you will pass the ruin on your right at the 36km mark.

On this flat and scenic triathlon course, you can test your power and speed along the glorious stretch of coastal road with stunning views over the glittering Aegean Sea. The distance you will cover on this segment is 42km and 402m of climbing, giving you a solid endurance workout along this profile with no long climbs but a gently rolling course.

Ride through the Athens Riviera

If you want explore Greece, don't forget to join the group ride on September 16th 2022, and register to participate in the Greece Getaway race series.

By the way, did you notice the new feature - Strava Live Segments? Go beat your personal record and be the King or Queen of the Mountain!