The Sierra Nevada, meaning snowy mountain, is a mountain range located in Andalusia, southern Spain, east of Granada. This magnificent area includes the Unesco Biosphere Reserve and is a massif of sixteen peaks in a majestic landscape of deep valleys, lakes and ridges. It is also a destination used often by the La Vuelta cycling Grand Tour in its queen mountain stages, a challenging and brutal leg-breaker route and the focal point of Stage 15 in 2022. Now, if you are willing to break out of your comfort zone, you can also make your way up this climb in the ROUVY segment.

The Sierra Nevada roads are ideal for cycling for altitude training and are quiet, traffic-free roads. Therefore, many professional cyclists enjoy riding there above 2,500m. After the Alps, this is the highest mountain range in Europe, above 3,000 metres. The mountain range is also a well-known ski resort in winter, with 124 ski runs and 85km of slopes. There are many routes to the summit, and none are suited to a coffee ride. Well, unless you are a pro. 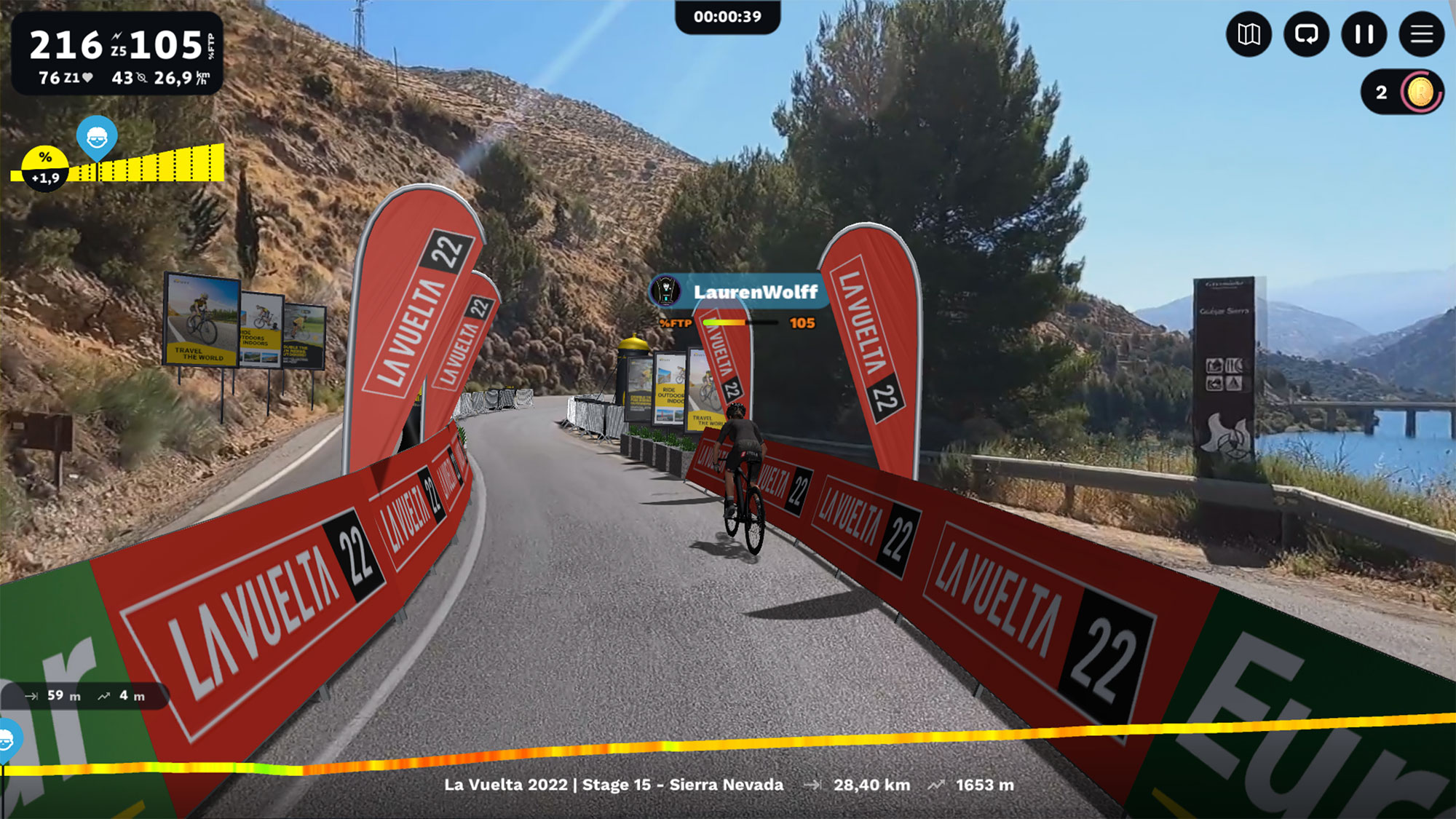 By stage 15 of La Vuelta in 2022, the peloton is deep in pure mountain territory with over 4,000m of climbing that they must tackle in one day - a massive stage - and it will be a brutal ending on a climb; after a very long day in the saddle! The riders will taste the hardships of altitude awaiting them ascending at 2,510 metres above sea level. On ROUVY, we will tackle only the final 28km on a virtual segment that goes up the iconic summit of Alto Hoya de la Mora. Riding on this segment is an opportunity to see how it feels to climb an actual stage in the Tour. But while climbing, consider what it would feel like with 150km of racing in your legs before the climb! That is what the pros would have done by then!

Cycling history on the Sierra

The Sierra Nevada is one of the Spanish Tour's most legendary climbs because it is harsh and brutal, and so are the environment and weather. The Tour introduced the climb in 1979, and 1986 saw the win by Alvaro Pino, taking the stage and the overall red leader's jersey. In 1994, a victory for Tony Rominger sealed his third straight Vuelta win. In 1995, Laurent Jalabert controversially braked near the finish on his way to what would have been a successful win to allow daylong breakaway Bert Dietz to take the stage honours. 2017 was the last time the riders tackled the 22km climb. Take a look at the pros in the final moment of the stretch to the summit with a ride away by Miguel Angel Lopez to nail the victory.

On ROUVY, we start our journey from the deep turquoise blue Canales Reservoir, 5km before we approach a historic 15th-century town called Güéjar Sierra. We will be ascending a road with spectacular vistas of spruce, juniper, olive, maple and oak and higher up, as you climb, the vegetation gives way to mountain pastures called 'borreguiles' with similarities to the Arctic tundra. This biodiverse vegetation is a habitat for various animal and bird life species such as wild boars, badgers, mountain goats, vultures and golden eagles. The region dates back to the Roman era and even before originating from the Moor-dominated period. The area is the gateway to the three prominent Nevada peaks, the Mulhacén, Alcazaba and the notorious Pico Veleta. 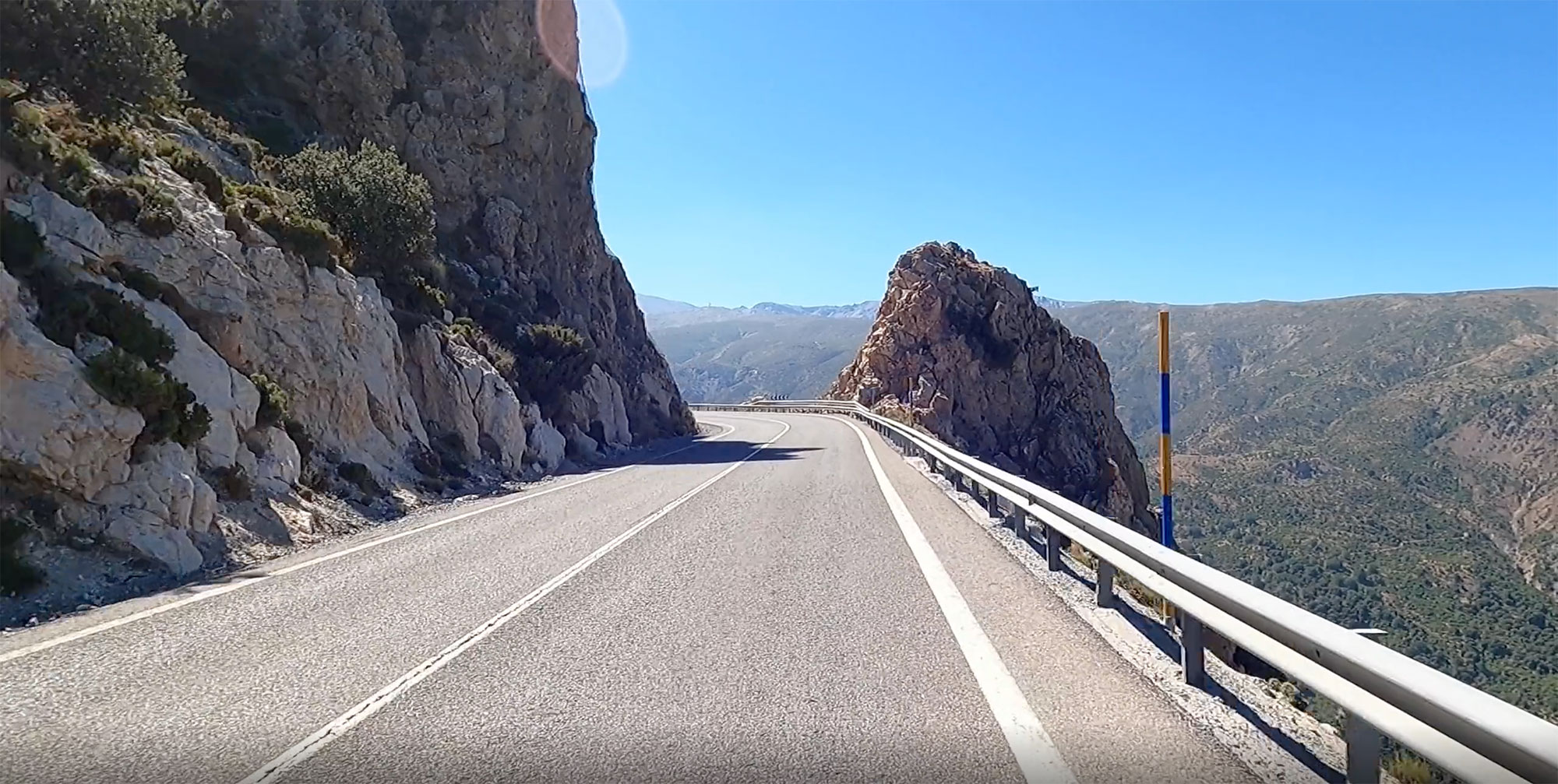 The gradients are doable at first just after the reservoir, but after Güéjar Sierra the profile changes. You’ll begin the Alto de Hazallanas, a 7 kilometre climb with an average gradient of about 9.8%. The route does not descend at the top but continues to ascend into Sierra Nevada, the well known ski resort. That last part, Alto Hoya de la Mora, rises 817 metres in 12 kilometres, averaging 6.8%. From Güéjar Sierra all the way to the line is a 19.3 kilometres of ascent at 7.9%. 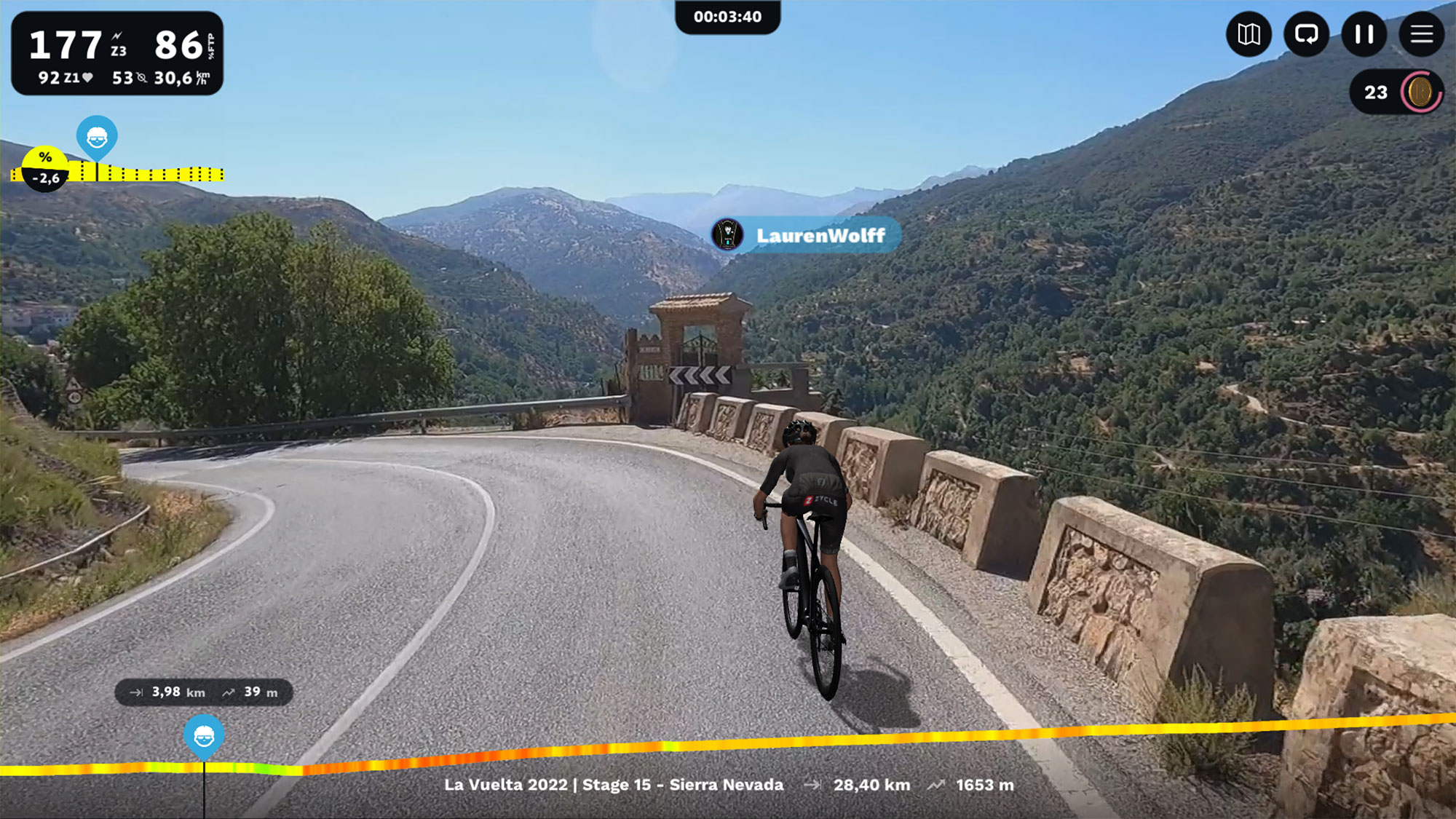 If you want to test your climbing legs the day before Stage 15 and get a taste of mountain goat territory and what is to come, try climbing to Montoro, in the Córdoba Province of southern Spain, Andalusia, which is 10km long and 700m of climbing in Stage 14. The area of this ascent lies just outside Cordoba in the scorching hot Sierra de la Pandera and through a valley interpreted as the 'Pain of Spain' where the climb begins. In this segment, you'll do the final kilometres of the Pandera climb on narrow, rough roads reaching steep and some eye-watering gradients. Enjoy the climbing on both ascents!

Join the series and register to conquer this climb on Stage 15 in the La Vuelta Virtual Event.

Look at the route maps: