The Cederberg Circuit is a popular cycling route crossing unique nature reserves in South Africa. As we ride a part of the loop, we will be exploring one of South Africa's best natural and historical sporting playgrounds, including the Cape Epic!

The Cederberg Wilderness region and mountains near Clanwilliam lie approximately 300 km north of Cape Town. The vegetation here is Mediterranean fynbos in the wetter south and west, changing to semi-desert scrub in the north and east. As you start the ride, you might notice this in the form of dramatic and rugged mountains and rock formations resulting from weathering and erosion, and in some deep caves, you can even find ancient San and Khoi rock art. 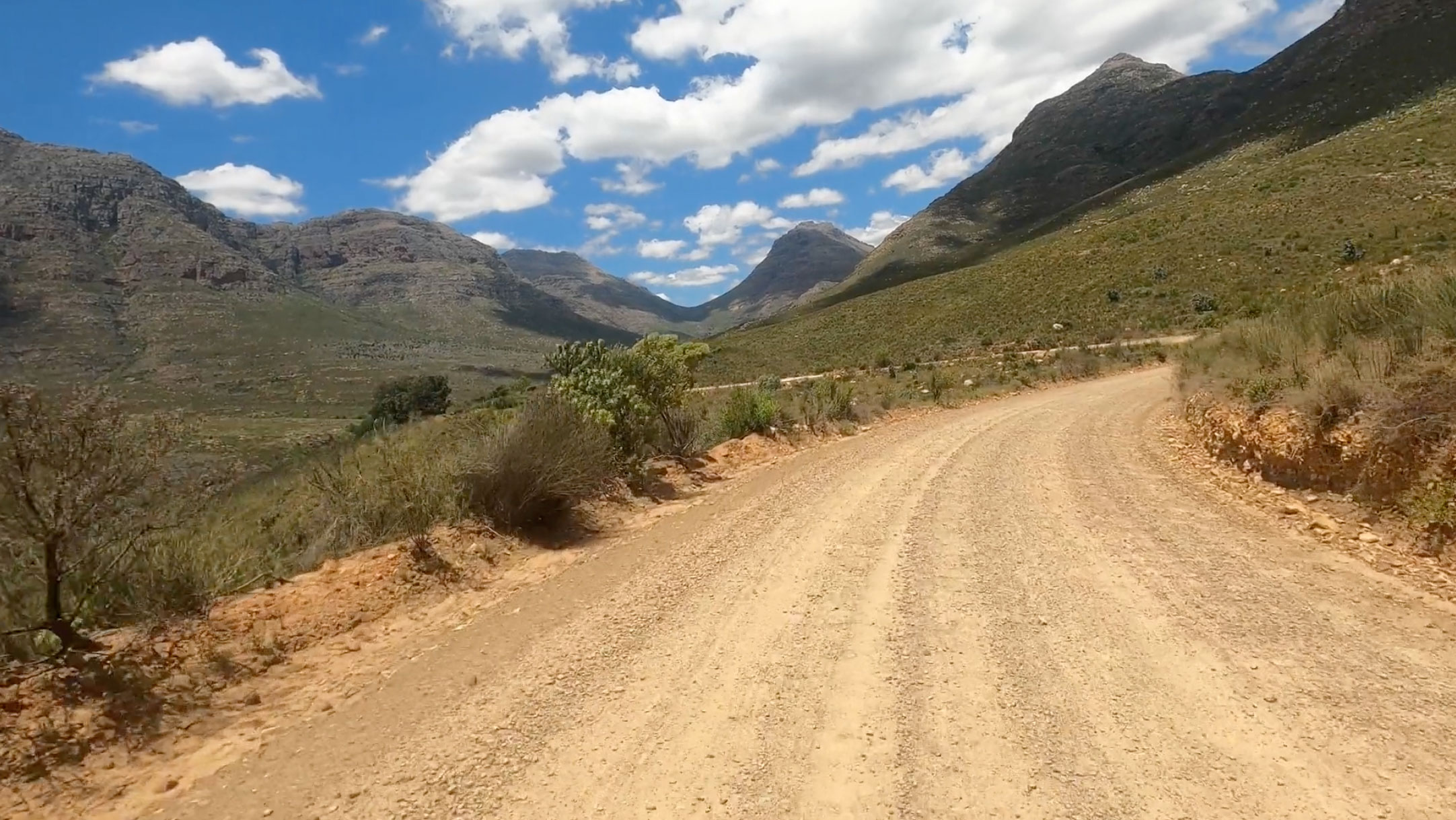 The indigenous and protected Cedar tree dates back 300 million years and grows in the area's higher mountain slopes. Dusty and mostly gravel road winds its way through the mountainous haven of Citrusdal, a central citrus-producing location also famous for its Rooibos tea. 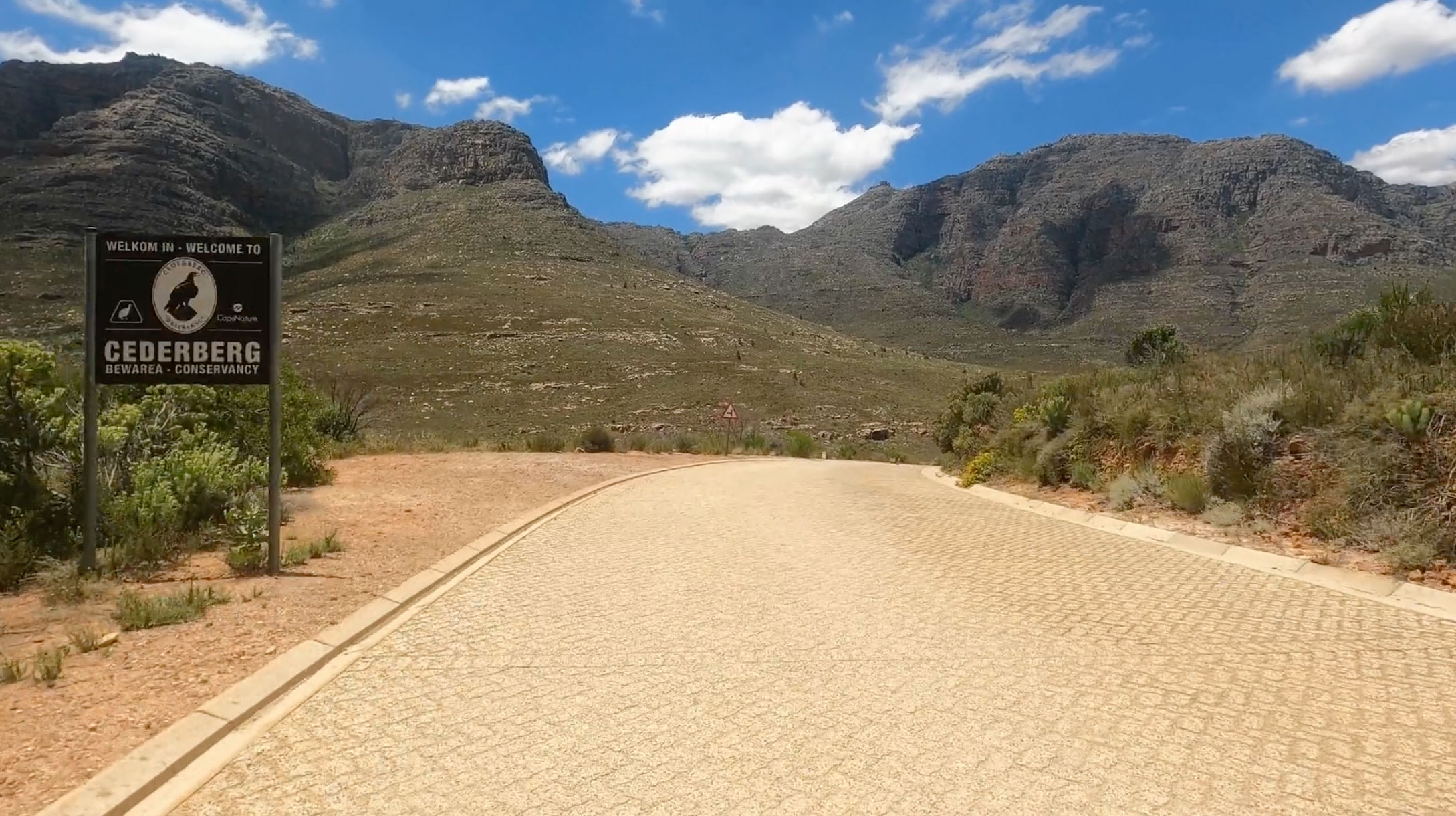 Here, in the raw, untamed wilderness, there are leopards, caracals, dassies, meerkats, mongooses, and many types of buck and birdlife. The summers are sweltering and dry (up to 50C mid-summer), while the winters are wetter and cold, with the higher peaks receiving some snow in winter. In the Cederberg, one can participate in many outdoor activities such as bouldering and climbing, hiking and fantastic mountain biking in this region. 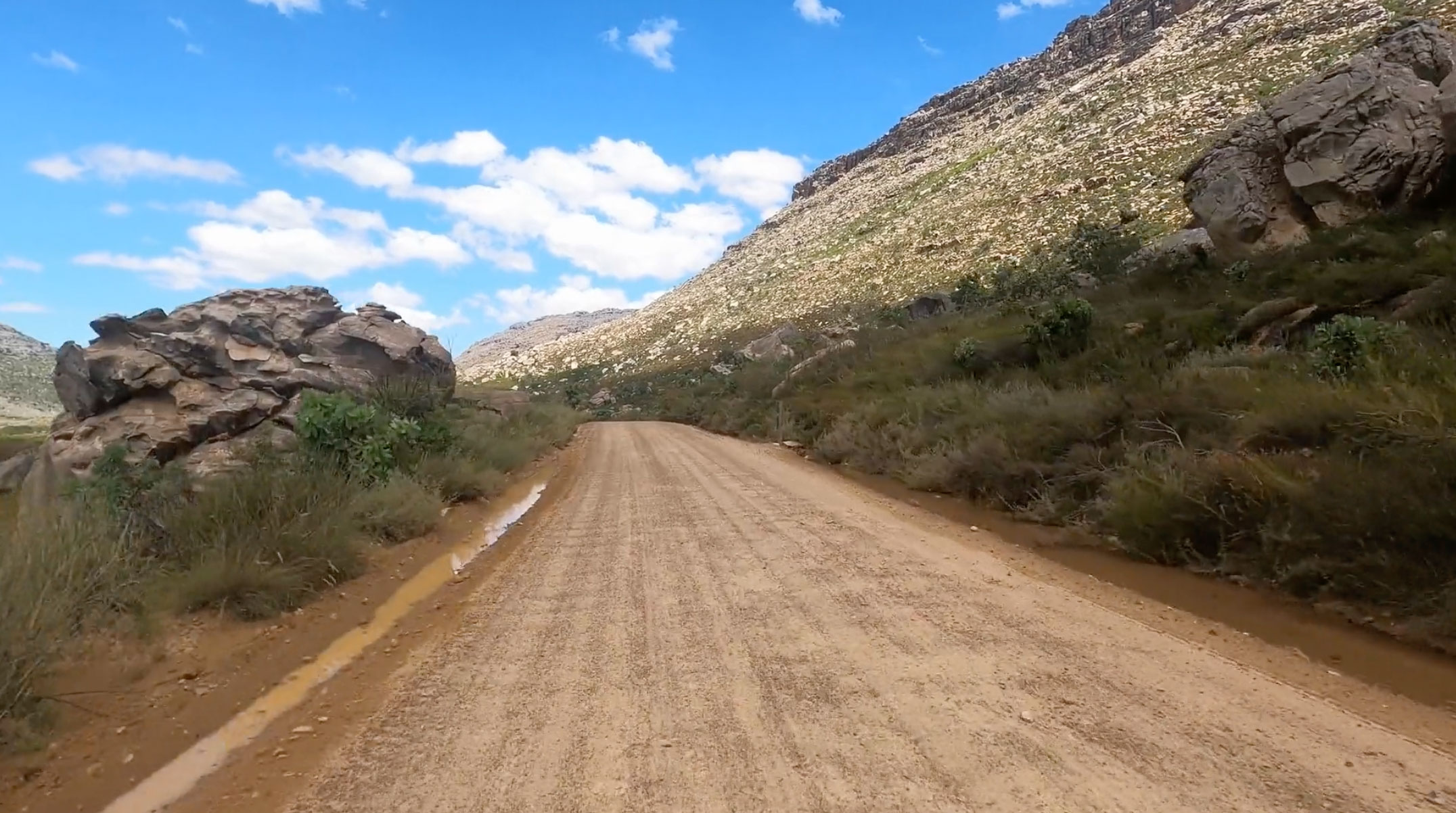 The Cape Epic - the Tour de France of mountain biking

The Cederberg is one of the regions where the Cape Epic events have passed through twice, 2003 and 2013. The beauty of the Western Cape brings back special memories of this race held every year. Here is the exciting Cape Epic video preview for March 2022 showcasing parts of the Western Cape. 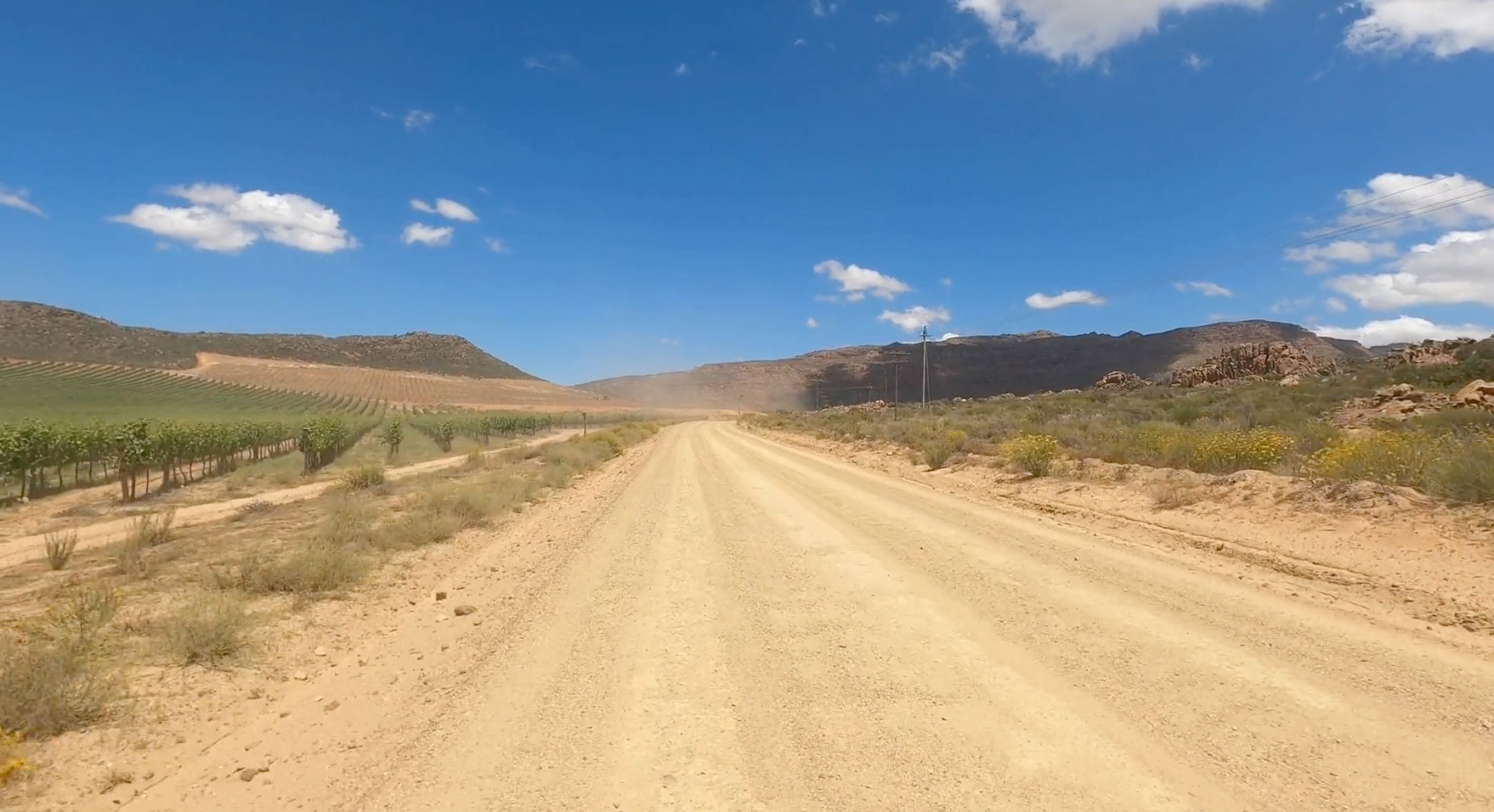 This event was an experience of a lifetime for me, the journey of months of training and camaraderie coming to a close at the finish line with a feeling of intense fulfilment of finally completing it. Pacing oneself was vital to finishing each stage and completing the 900 km successfully (the total distance was much longer in the earlier years). To add to this was 16 000m of climbing, from Knysna to Spier, with around 6-7 hours of riding each day. 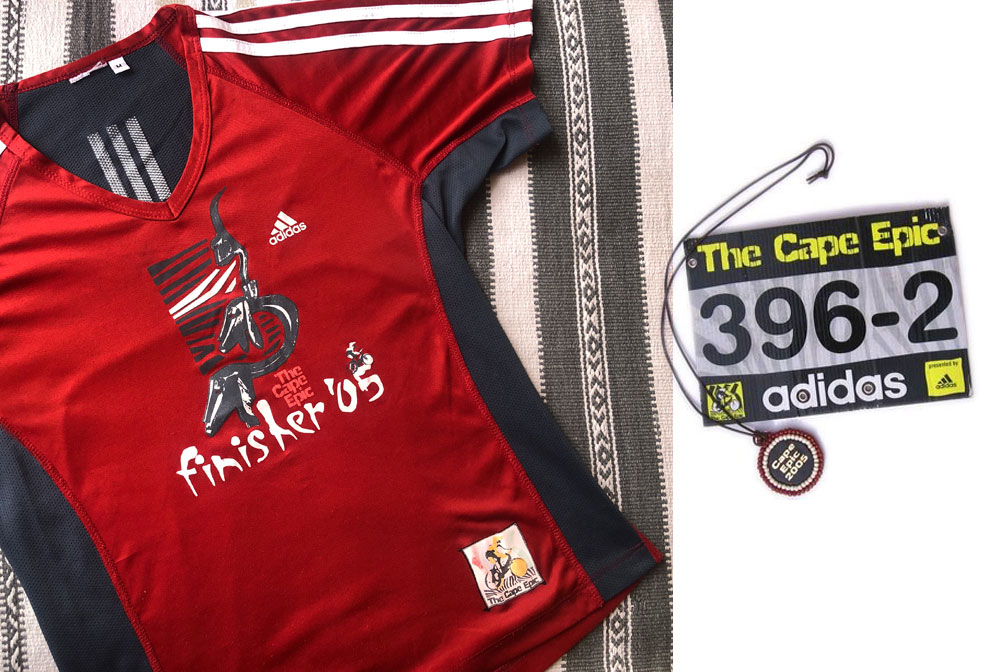 With good nutrition, well-maintained bikes, enjoying the scenery and camaraderie of being in it together, and with some luck with the weather, it all came together! The Cederberg route will give you a small glimpse of the type of terrain that the Cape Epic journey goes through. 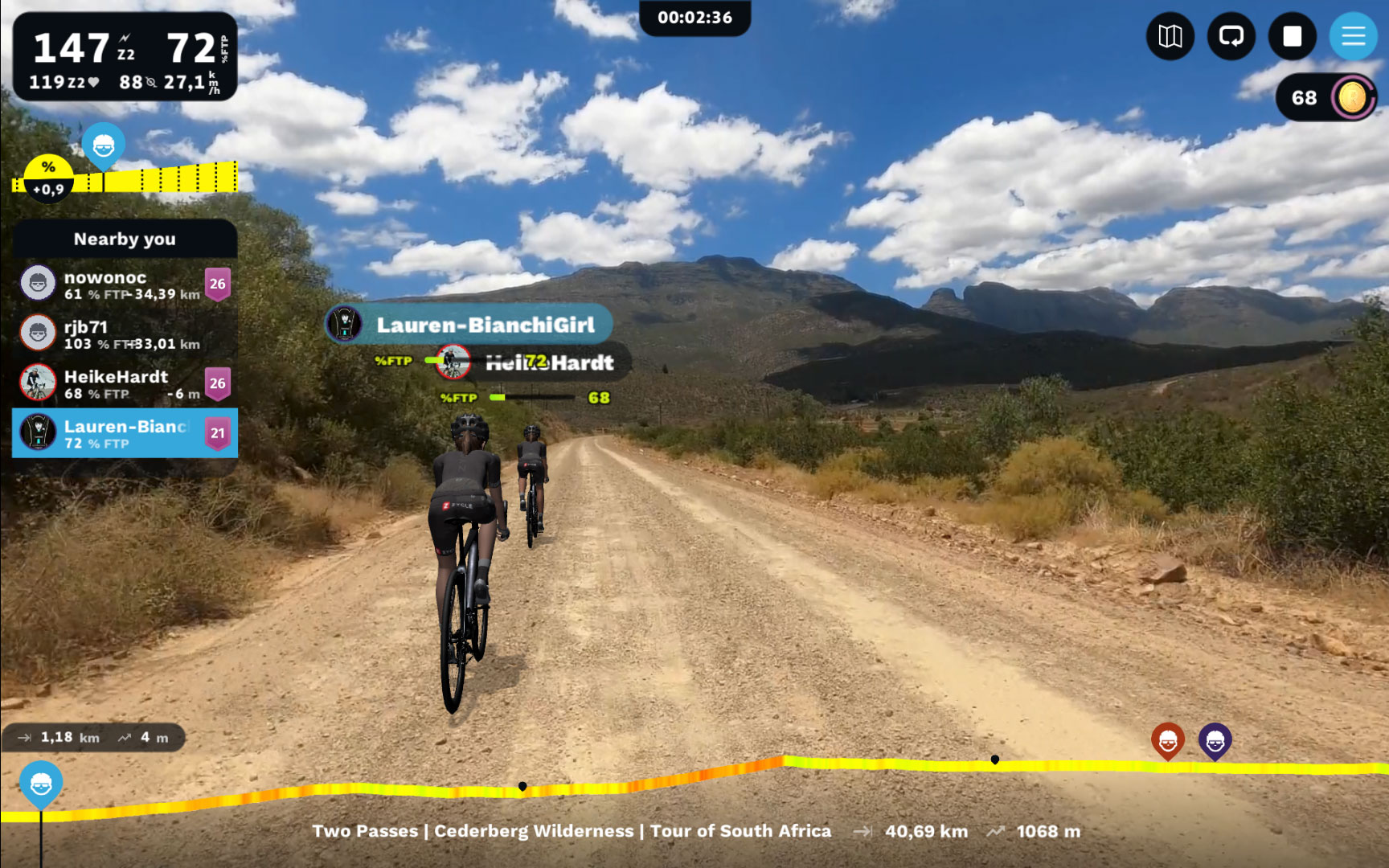 Let's now tackle the virtual segment and how to ride it

The 40km route consists of two ascents, so you’ll need to pace yourself a bit to reach the summit of the tough second climb, with some energy remaining to complete the final stretch, which is long but flat. The best way is to tackle the first climb, which has an average of 5% and about 8,5km, in your zone two power, then recover at that same pace on the undulations to the base of the second climb. The second climb is around 5km and challenging, and here, you will need to conserve your legs by spinning a high enough cadence of about 85-95 rpm. 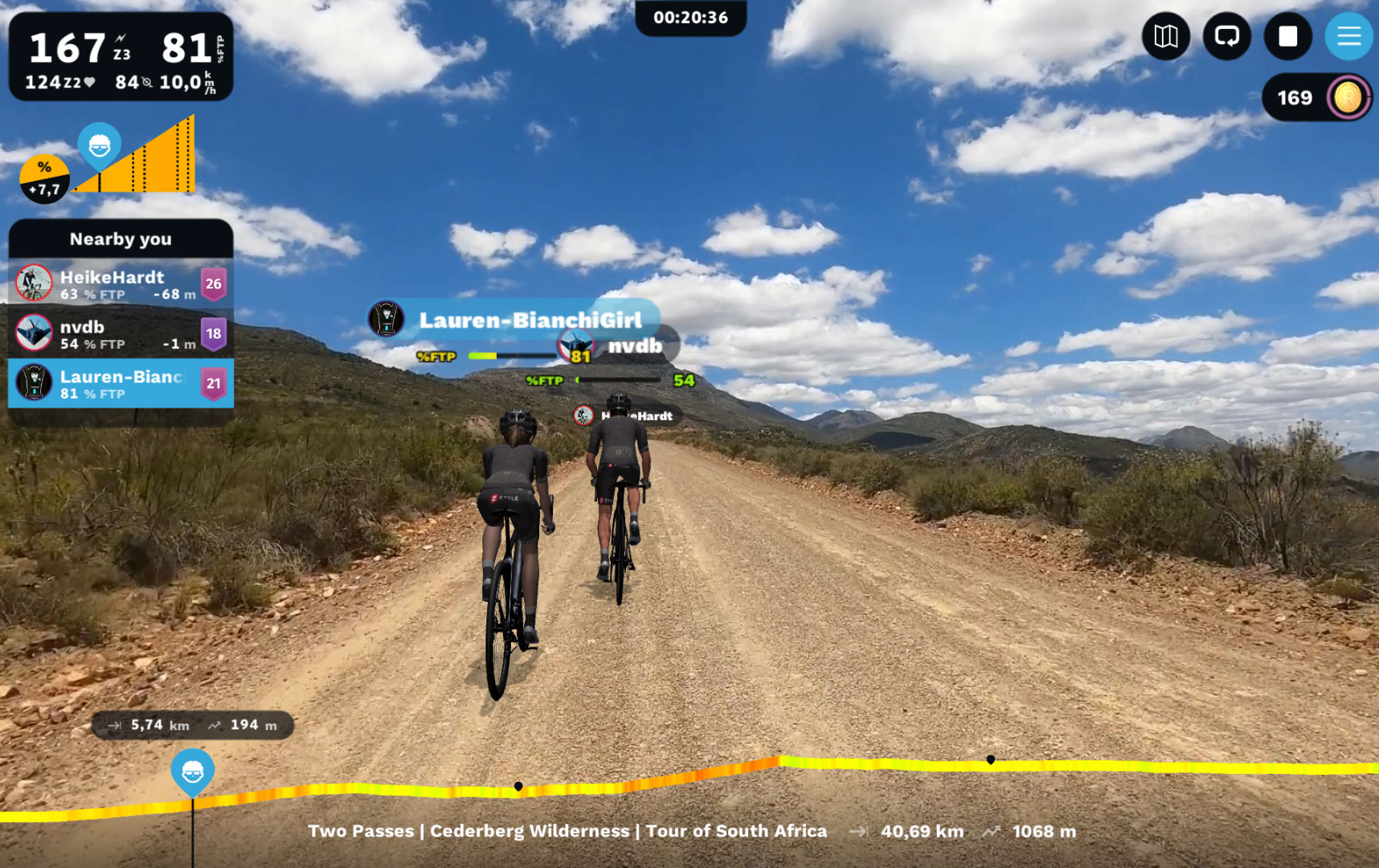 Everyone has a different cadence style that suits them, but if you want to preserve your knees till old age ;-), I suggest being kind to them when you climb steep hills by keeping a high cadence when possible. From the summit at 23km, it's another 18km to the wine estate at the end! If you are a racing snake, hammer from start to finish taking slight recoveries on downhills.

At the end of the route, you can treat yourself and enjoy some wine from the famous Cederberg wine farm. 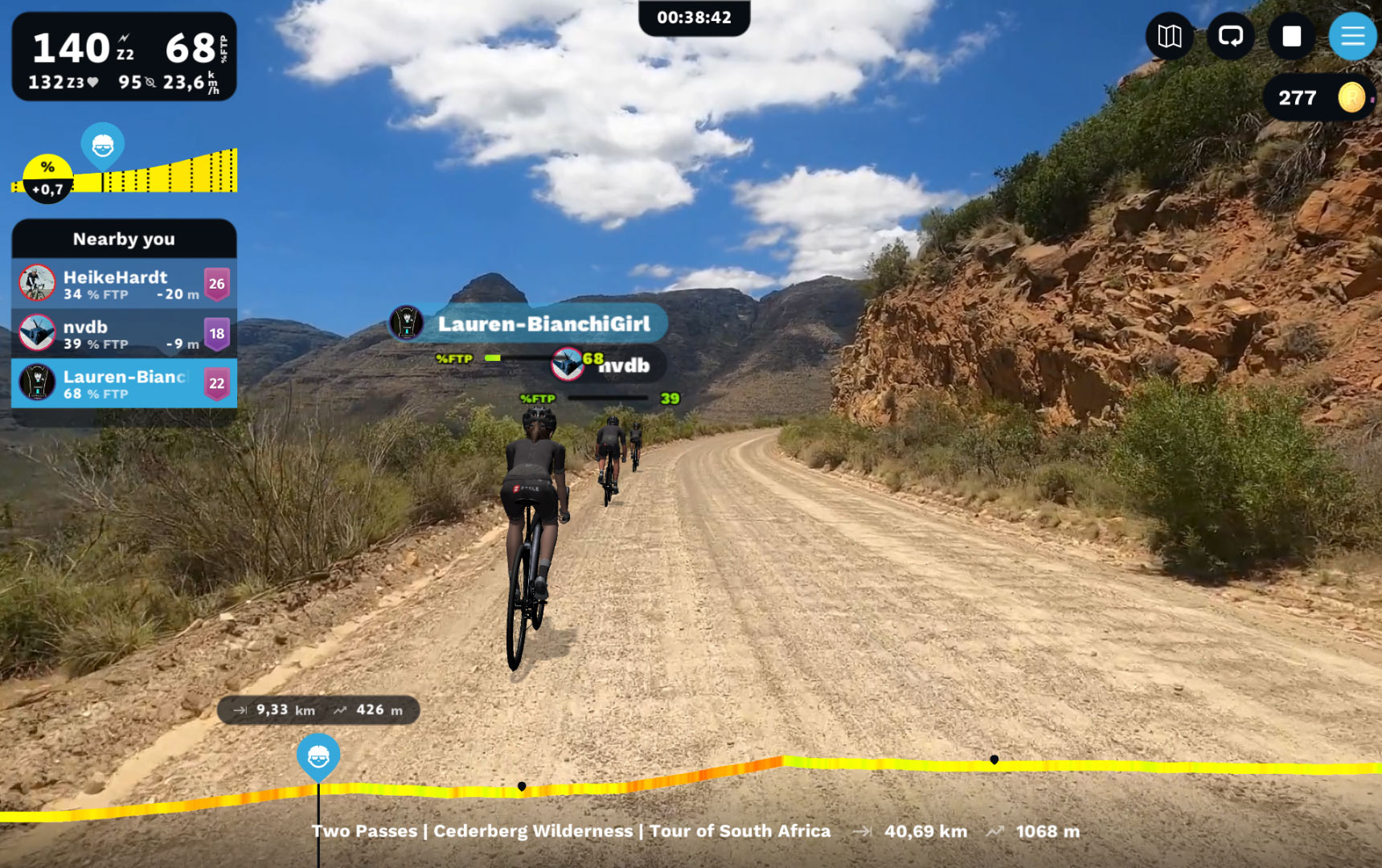 Time estimates to complete the route:

Join the Tour of Africa Series with some exciting routes HERE