The starting line of the first Sauerland Team racing series event was packed with young and ambitious riders. A segment of La Vuelta 2021 Stage 20, on the mountainous Galician Coast, gave the first clue as to who was fit enough to fill the two open spots in the Saris ROUVY Sauerland UCI Continental team!

It was a short but tough race, set on La Vuelta 2021 | Stage 20 - Murxido route, with a distance of 14.8km and 527m climbing. Stage 20 is classified as a mountain stage and the ROUVY segment included a 2nd category climb, just before the finish, which made the race really interesting.

The full story behind this unique chance to fill the 2 spots in Saris ROUVY Sauerland team roter is here.

The previous best time of 32:04 was set just a few months ago by the ROUVY icon Jan Vlieghe. Last Saturday, the 29th of January, saw that record time beaten by nearly 3 minutes in the Asian time zone race and by 3:53 in the EU time zone race.

The motivation for a good result in this race, especially for those aged 19-23, was really high. The 4-episode series works as a virtual qualification to fill one of two open spots in the Saris ROUVY Sauerland team’s roster!

The race started in San Pedro da Ramallosa on the West Coast of Spain, then travelled East and up into the mountains of Galicia towards the greatest obstacle of the course, the 2nd category Alto de Prado climb. 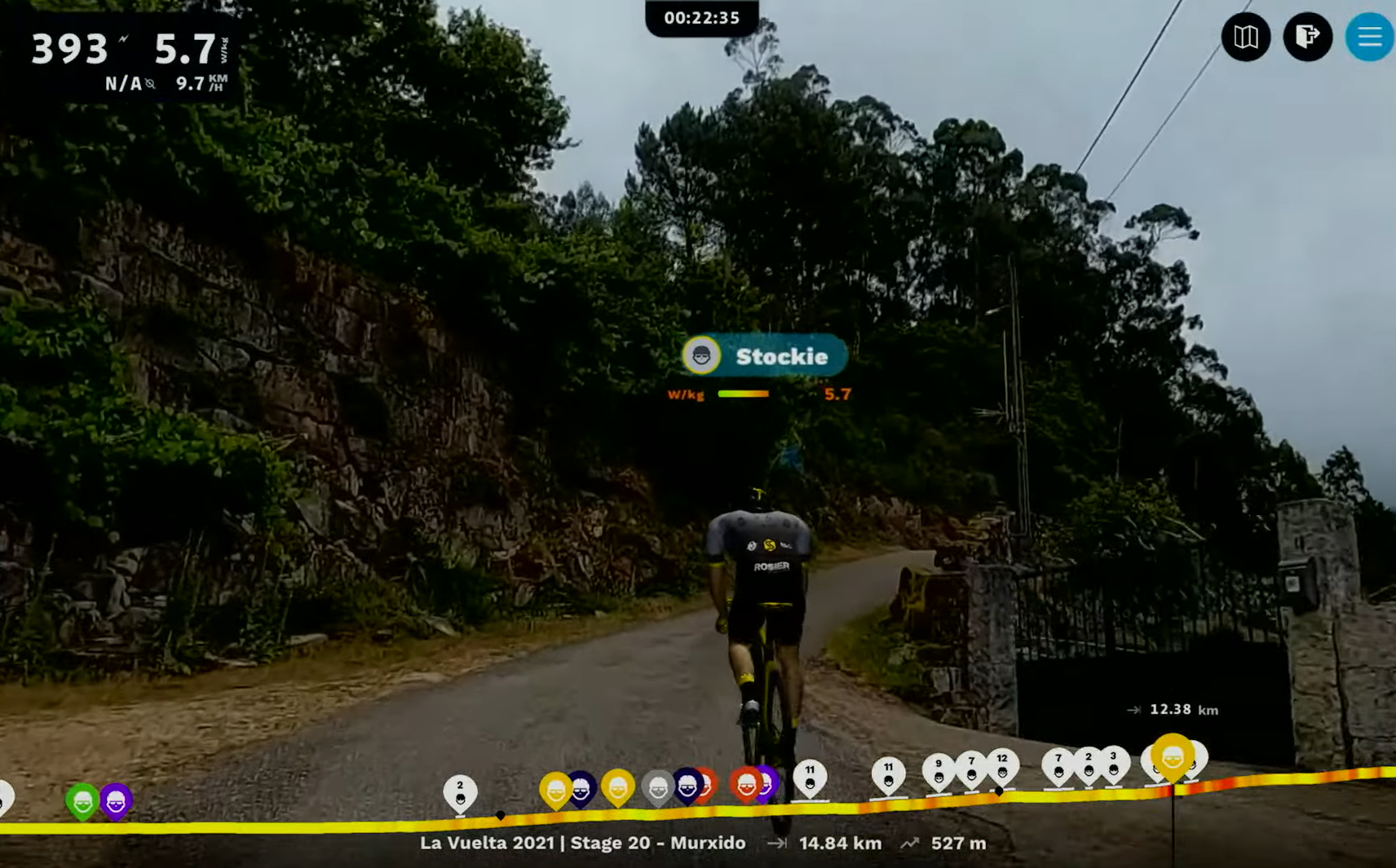 “I knew after looking at the profile that the main challenge would be the mountain, so that's where I needed to go hard. When I got up to speed after the start, I settled for a nice rhythm and once I hit the climb, I raised the tempo. I felt great and kept going. With 2 or 3 km to go I realized that I could neither improve nor worsen my position, so I decided to just keep it like that,” explained Wilhelm Buchmüller aka ‘sir__velo’. The tactic proved to be working well as it secured him a second position in the Asian time zone race.

Wilhem’s effort in the categorized climb has been too big for most riders to keep up with.

“As I realized that a group of two had gone away, and the others were struggling too, I decided to go a bit harder at a steep climb and then to produce constant power at the upper threshold end. The plan succeeded and I´m very happy with the result of my first virtual race,” shared Florian Holzapfel (Schinderflo), on his experience, where he finished third.

Create a gap and go

The tactic of the race winner was really simple: “I went quickly in the first group. In the middle of the race I saw that we were two, so I created a gap and I kept this gap. I stayed constant in the final to win the race,” recalls Baptiste Legeay-Epineau (baptiste.l-e).

One wonders if Baptiste’s simple and almost funny tactic could also be used for the UCI Continental team’s races? If yes, that could make Baptiste a strong reinforcement of the Saris ROUVY Sauerland team!

There are three more races to come, so let’s see how the series evolves. We can’t wait to see which 4 riders are going to be invited for the team’s March training camp in Girona. There, 2 riders will be drafted on board the Saris ROUVY Sauerland team.

Live stream was broadcast during the EU race. You can watch it here.

The next race is scheduled for Saturday the 5th of February at 12 noon and 7PM time CET. Sign up here!