ALL YOU NEED TO KNOW ABOUT LA VUELTA VIRTUAL GRAND 10

The most complex racing series on ROUVY yet. A test of your overall endurance. The longest stage race we have ever organized. An event that is the closest possible to a real Grand Tour. Do you now feel tempted to take part in La Vuelta Virtual Grand 10?

You may argue that we’ve organized longer stage races at ROUVY. You are right; the ‘Around the World in 50 Days’ racing series lasted 49 days. But there is a huge difference! While the said event may have consisted of 21 racing days spread over 7 weeks, this time, you’re going to experience something even better and will see for yourself how great an undertaking it is to complete a Grand Tour. 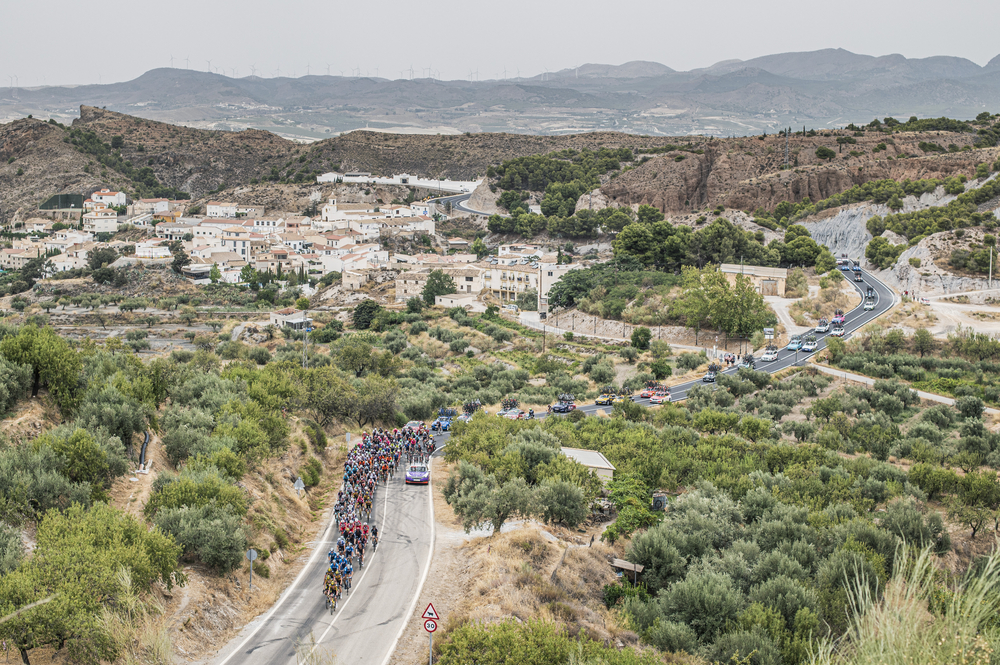 Taking part in La Vuelta Virtual Grand 10 is going to help you understand how much suffering and pleasure one has to accept in equal measure, in order to cross the finish line.

When we thought of the concept, we took into consideration two aspects: Staying as close as possible to La Vuelta 2021 while still making the race doable for a wider audience of ROUVY athletes and not just for a handful of semi-pro riders. For easier orientation, we’ve summed up the entire race in a chart below:

Concept: From the ocean to the mountains

As you can see the concept is simple and follows the scheme that the majority of Grand Tours use. The initial race is a time trial, where the first leader of the general classification is decided. Then, a short and intense race based on a 2021 La Vuelta Stage 6 ensues which is then followed by the first rest day.

The spirit of the second racing block is defined by the proximity of the Mediterranean sea. All the routes where you will be racing between the 10th and the 12th of December will still be sprinter-friendly and follow the coastline, which makes them not only fast but also scenic. 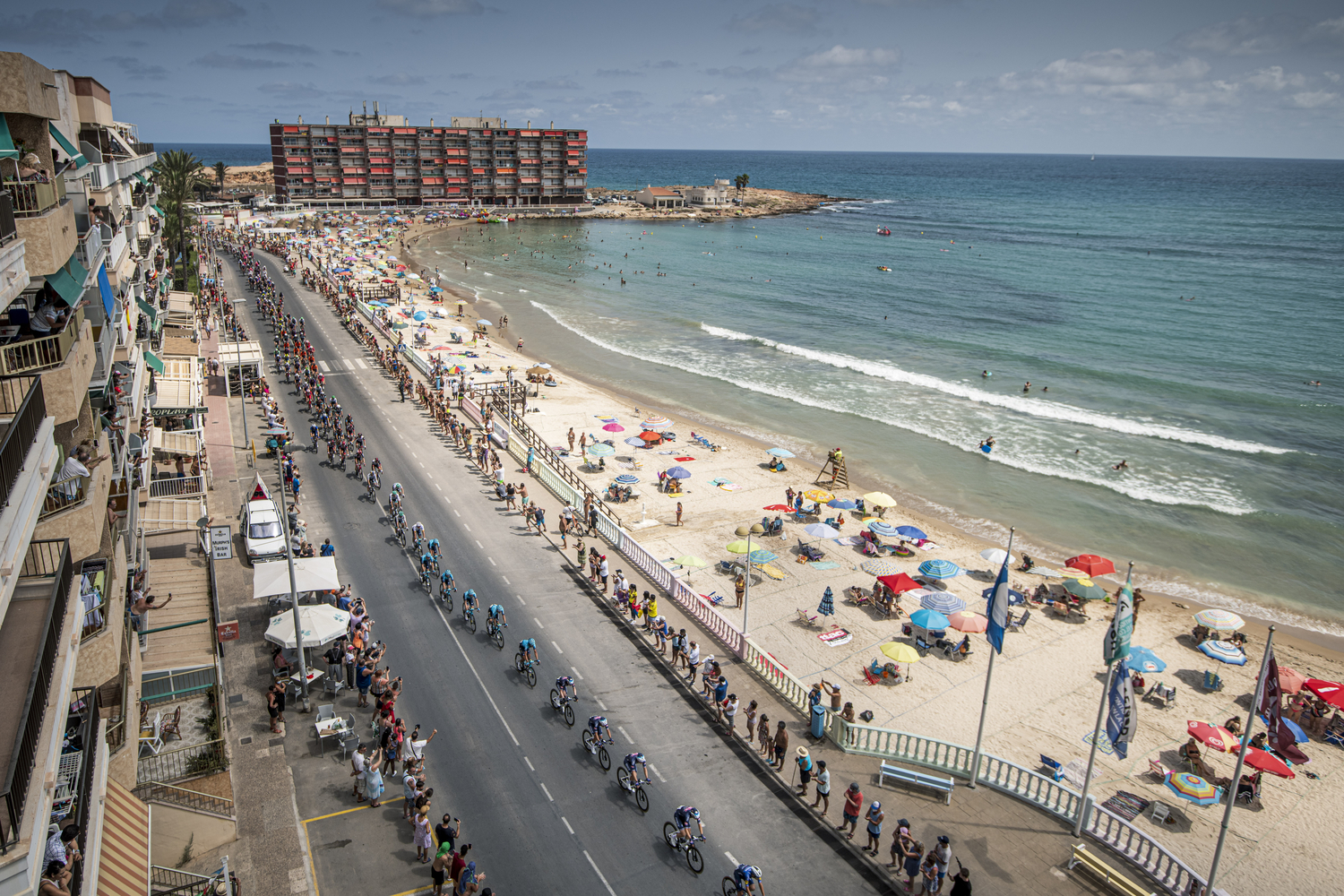 Coastal part of Stage 8 on 2021 Vuelta a España

After a second day off, it’s time to start exploring the mountains! Both parcours of the third block are sourced from the 2021 La Vuelta Stage 11, where a really interesting battle between Primoz Roglic and Magnus Cort Nielsen happened. The Slovenian snatched victory from Cort Nielsen inside the last 500 m of the race!

Just like at the 2021 La Vuelta, the middle bit of the race consists of two stages that are considered ‘hilly’: neither of them exceed 700m of climbing. That makes the ‘Valdepeñas de Jaén’ and the ‘Priego de Córdoba’ ideal routes to warm up for the last three stages, of which two are considered mountain stages - for a good reason.

We are speaking of two king climbs, the infamous Luz Ardiden and Alto de l’Angliru. The former is likely to be familiar to you because it has been featured in both the Tour de France and La Vuelta, a couple of times. Or, it could be because of the rare gentlemanly gesture towards Lance Armstrong on the 2003 Tour. In case you want to find out a bit more, check the 4 MOST EPIC ROUTES YOU CAN RIDE ON LA VUELTA VIRTUAL GRAND 10 blog post. 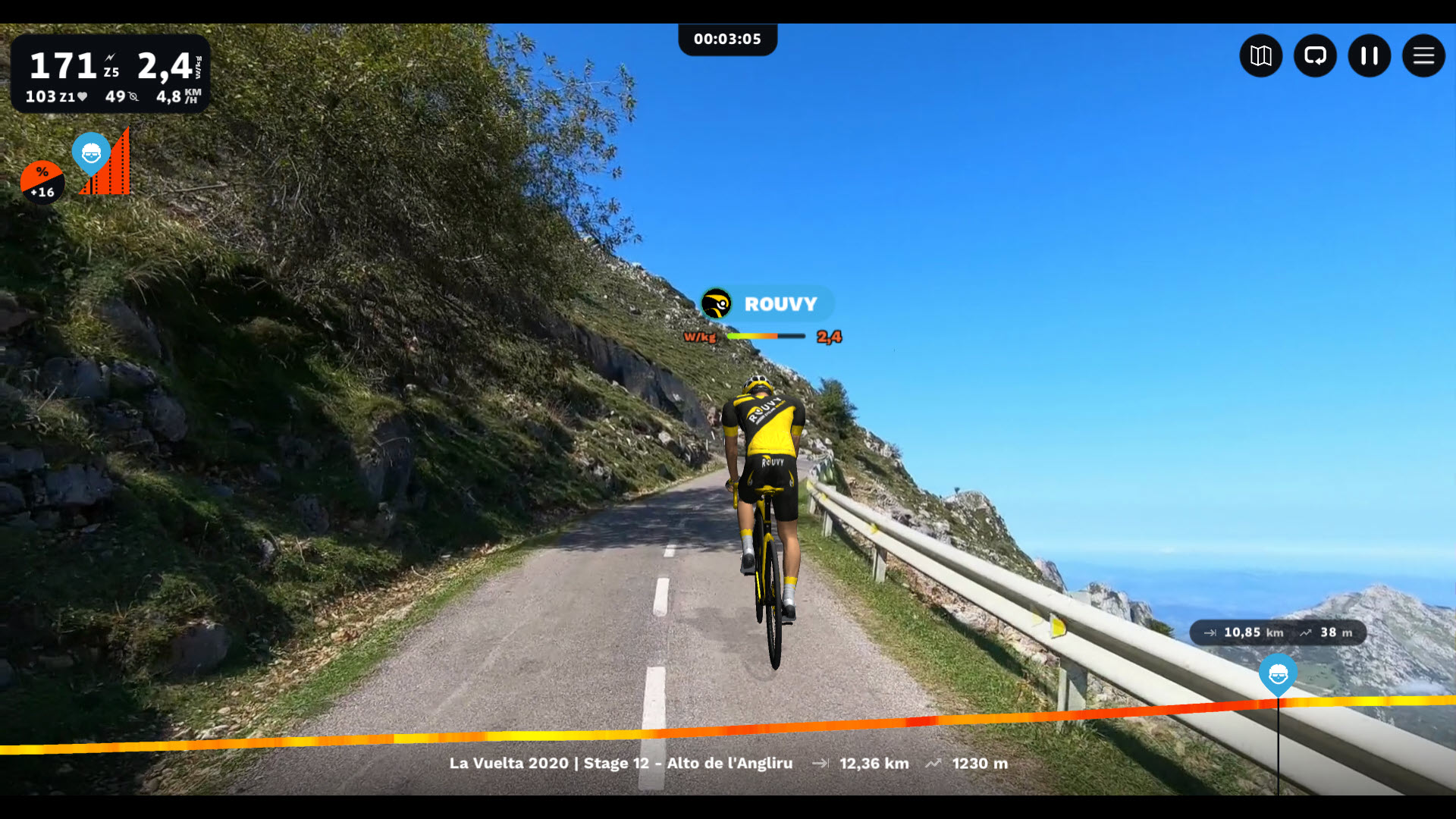 If you also feel that Alto de l’Angliru sounds familiar, that's likely because it’s one of the most brutal climbs that ever appeared on any Grand Tour. The pro racers often use words such as 'inhumane', 'bloody' and 'barbaric' to describe the stages where this climb appears.

Of course, it wouldn’t be a Grand Tour if there was no epic individual time trial finish! 2021 La Vuelta started literally inside the Burgos Cathedral and unusually occured ‘only’ within the boundaries of Spain.There couldn't have been a better location for the finish line than the Santiago de Compostela, a culmination of world-famous pilgrimage route. 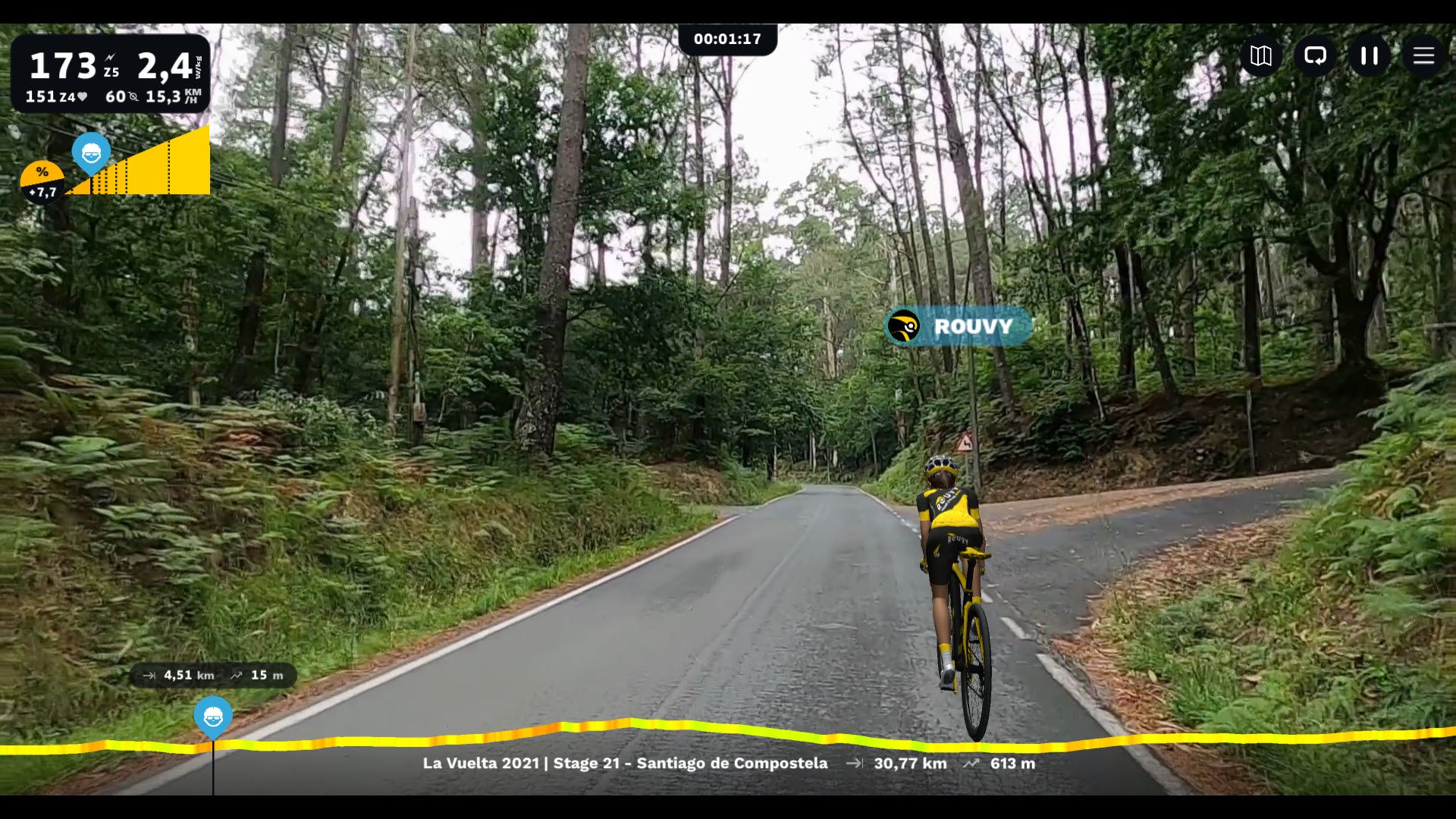 Even for pro riders, crossing the finish line of a Grand Tour is often a moment cherished for life! That is why winning a Stage in any of the Grand Tours is equally prestigious as winning some of the stand alone races.

Just like on a famous Grand Tour, your effort on ‘La Vuelta Virtual Grand 10’ is going to peak in the holy city, in the lush green northwest Spain. Push the pedals the hardest you can, collect your last points towards the general classification (GC) and enjoy the special moment when crossing the finish line! 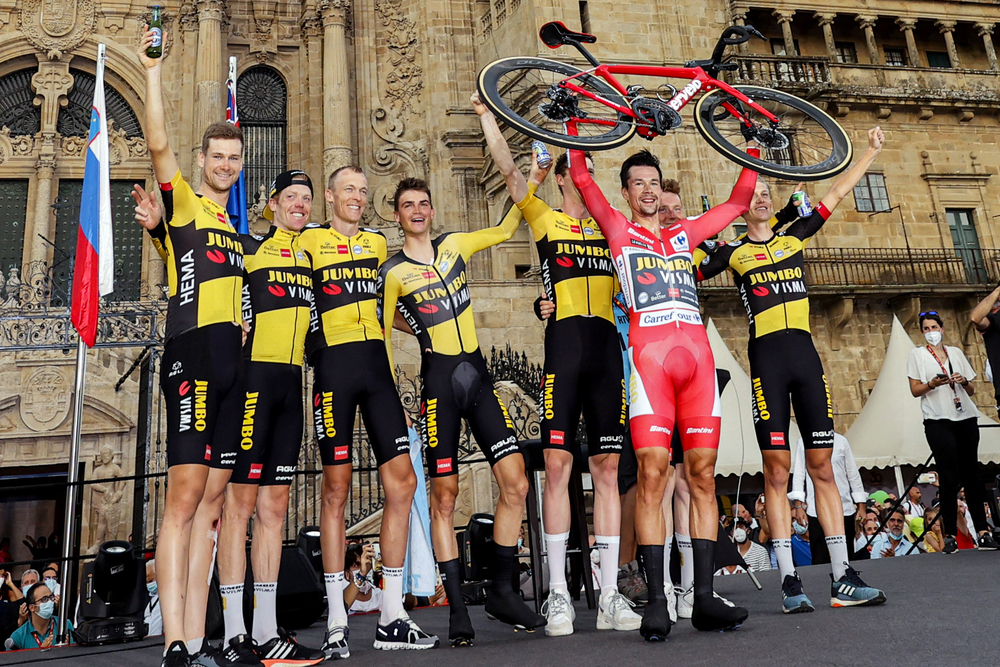 Participating means a chance at winning

You need to be damn fast if you intend to win the prize money at La Vuelta. On ROUVY, the only request is that you participate. What’s in the draw, then? The biggest bait is definitely the chance to win an ELITE Ecosystem, the ELITE Rizer or the ELITE Direto XR-T. The list of prizes is really long and includes ELITE trainers as well as the super-fine clothing from Santini and cycling merch from WeLoveCycling.

Even though only your 5 best results count towards the GC, our advice to you is not to miss a single race! The La Vuelta locations are all amazing and the real Grand Tour experience is complete only when you finish all stages, right?!