What is the best way to get to know a new cycling location, apart from actually riding there? You can ride there on ROUVY or ask someone who has first-hand experience. Ideally, you do both. That is why we had a chat with three Kiwis, where we learned about how great it is to cycle on the South Island of New Zealand.

No, don’t worry, we did not talk to the country’s endemic Kiwi bird! New Zealand residents simply call themselves Kiwis. 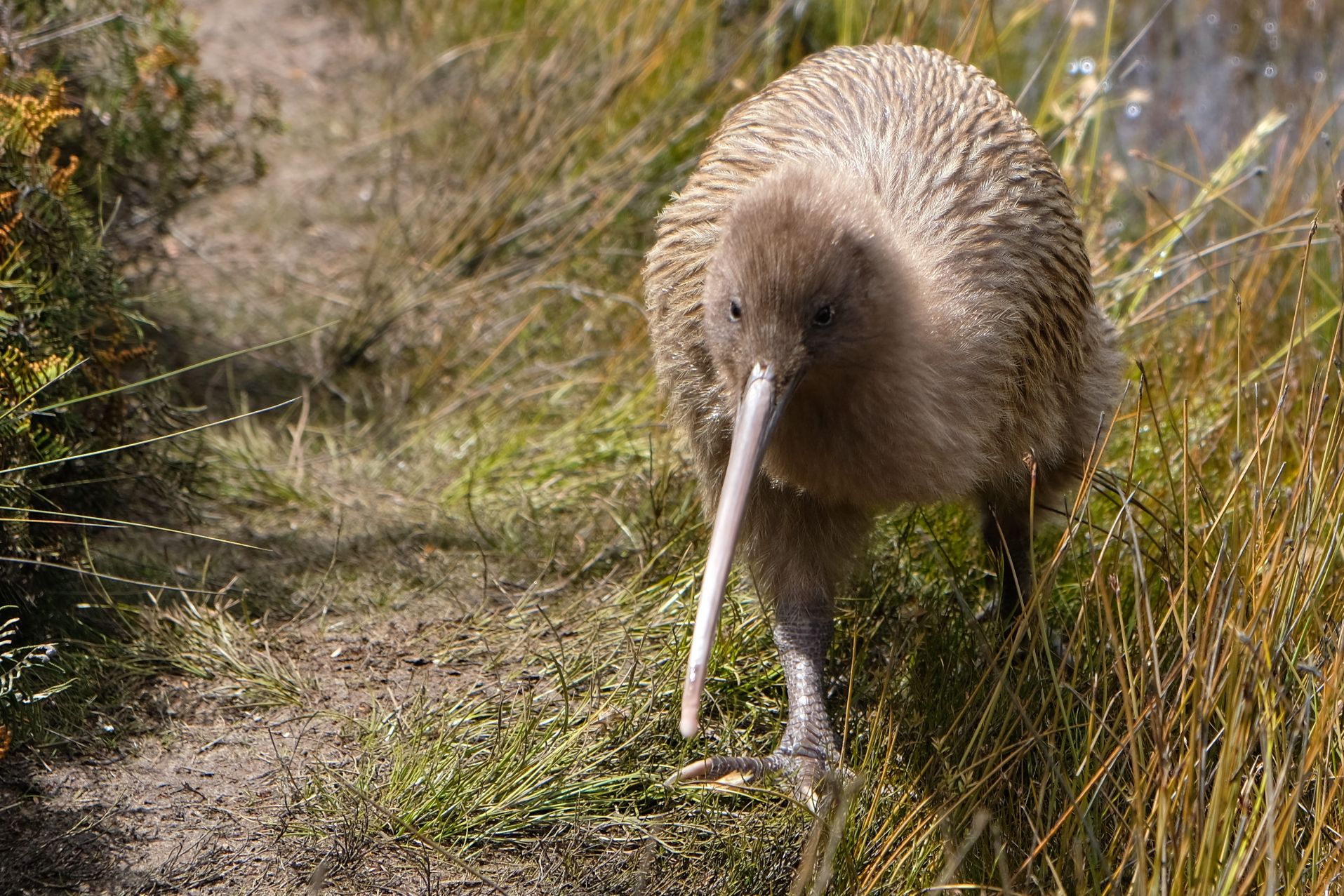 The rolling hills, just beyond Christchurch, have some of the country's most popular and beautiful cycling routes.

Thanks to the new ‘Around the world in 50 days’ racing series, you can now sample three classic rides around the capital of New Zealand’s South Island, where local riders do their after-work workouts, club and leisure rides. 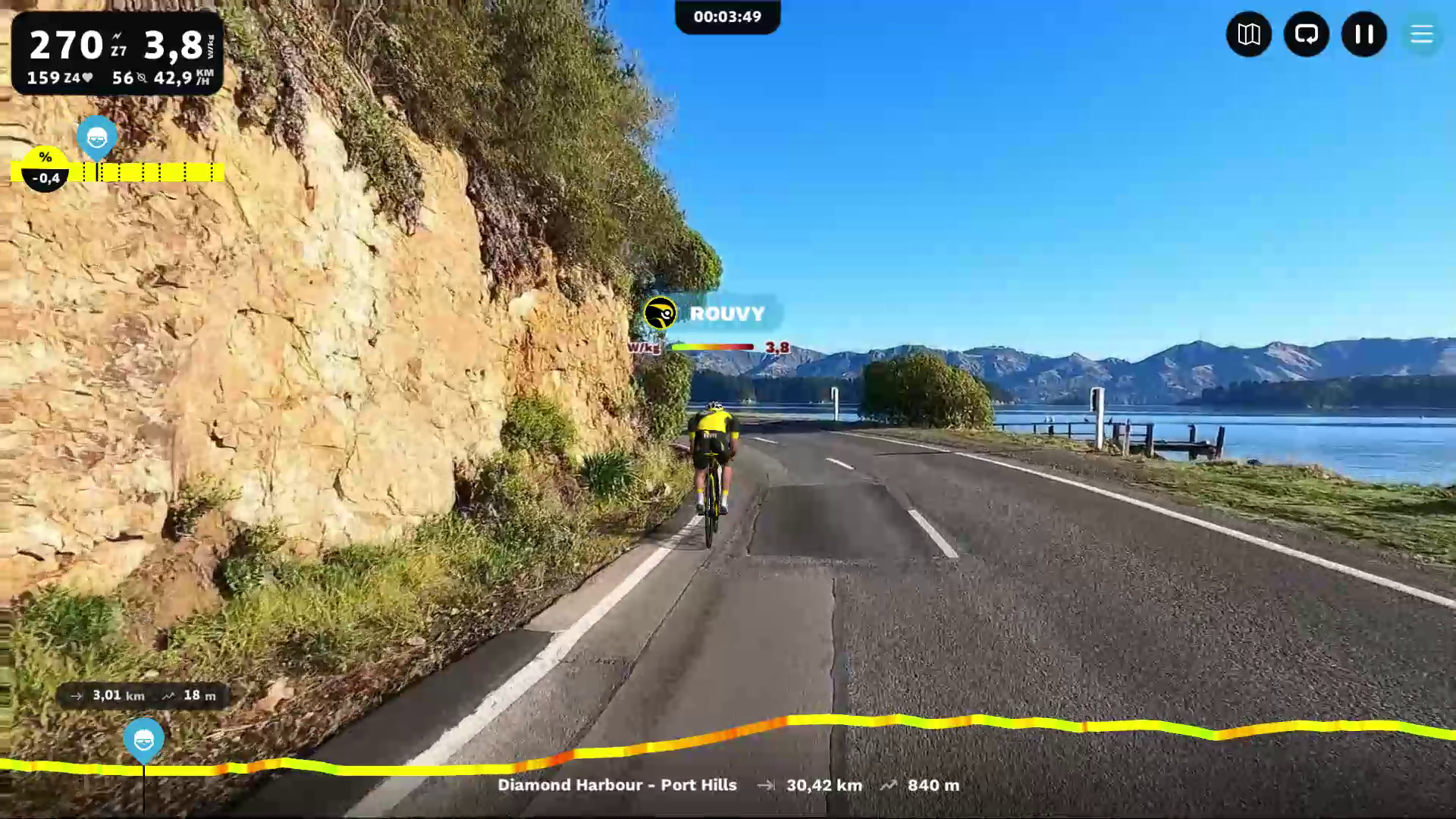 After talking to four local cyclists, Daniel Leadbeater, Niven Avia, Philip Orchard and Graham Love, we learned about the massive increase in popularity of bikes and related sports, their strong cycling community and the great diversity of routes you can enjoy even on very short rides. It’s needless to say that all the three (new) routes on ROUVY are a great example of this diversity!

Check out the routes on the ‘Around the world in 50 days’ racing series home page.

New Zealand is fantastic for cycling! There are always new routes and back roads to explore. Every cycling discipline is catered for here, from Road to Mountain Bike. There is also a really active community who organise events throughout the year. 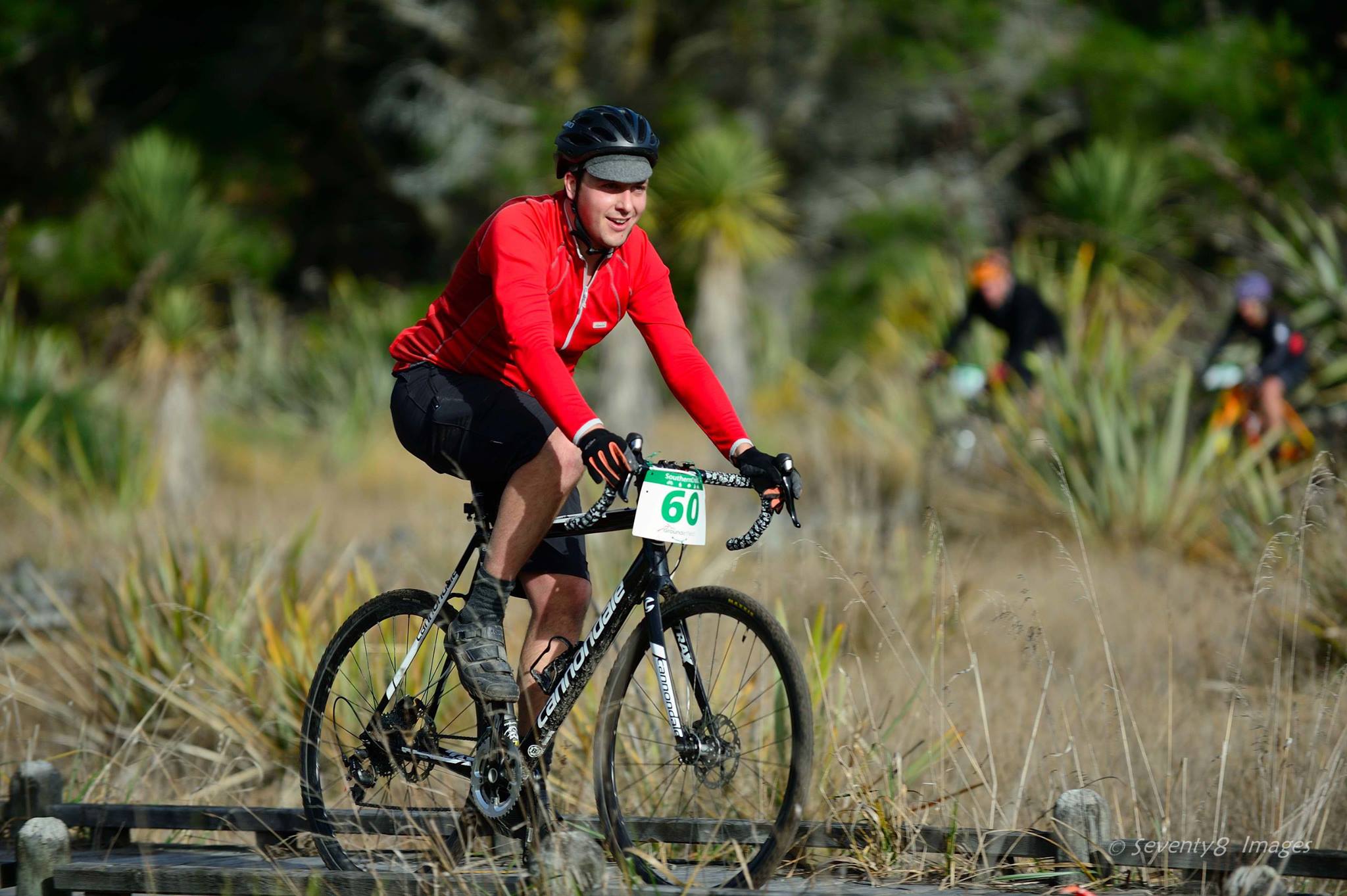 Cycling is growing in popularity in New Zealand. This was most clearly seen during our recent lock-downs with a large number of families dusting off bikes to take advantage of the quiet streets. A growing number of people have also started 'serious cycling' and it is great to see more people out on local rides. People are generally friendly and keen to give a wave.

My favorite place to ride is at our local Cyclocross club events. The 'race within a race' and the general banter/support keep me coming back year after year. The competition is fierce but friendly, with the prize at the end being bragging rights and a restorative beverage or two.

Outside of the 'cross season, I like to explore the Port Hills as they offer some great hill work without the need to stray too far from home. The ability to jump on the bike after work and catch the last of the day light as you reach the top of a climb is truly special. There is no better activity to get your mind off work than pushing up a good hill climb! 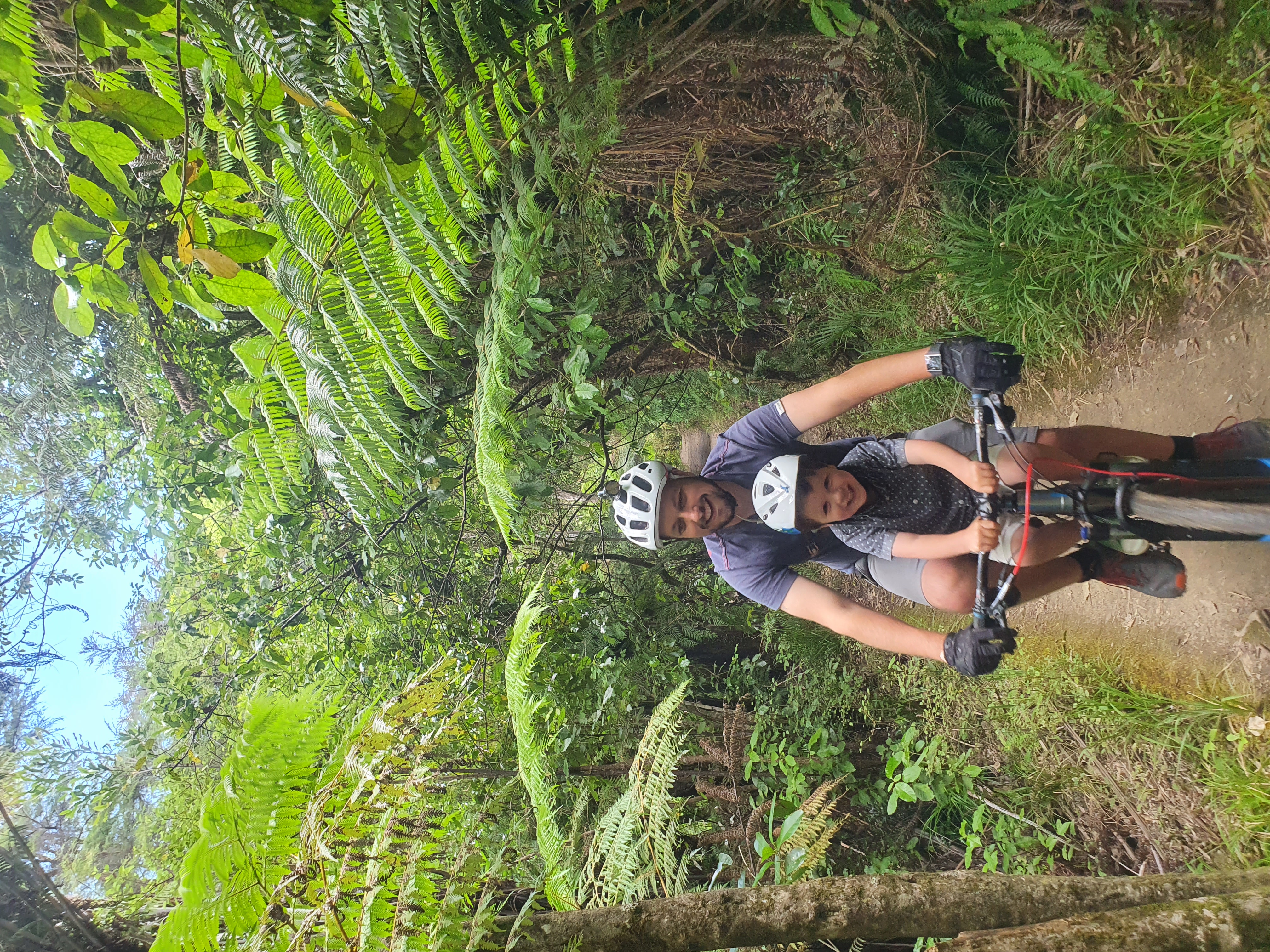 A little further afield of Christchurch, there are an increasing number of cycle specific paths open to some of the best scenery in the world to help take your mind off burning legs.

I did not know that so many local roads had been filmed and uploaded! Great to see these classic rides available. Looking forward to adding them into the training to feel like I am actually out riding without leaving my garage. 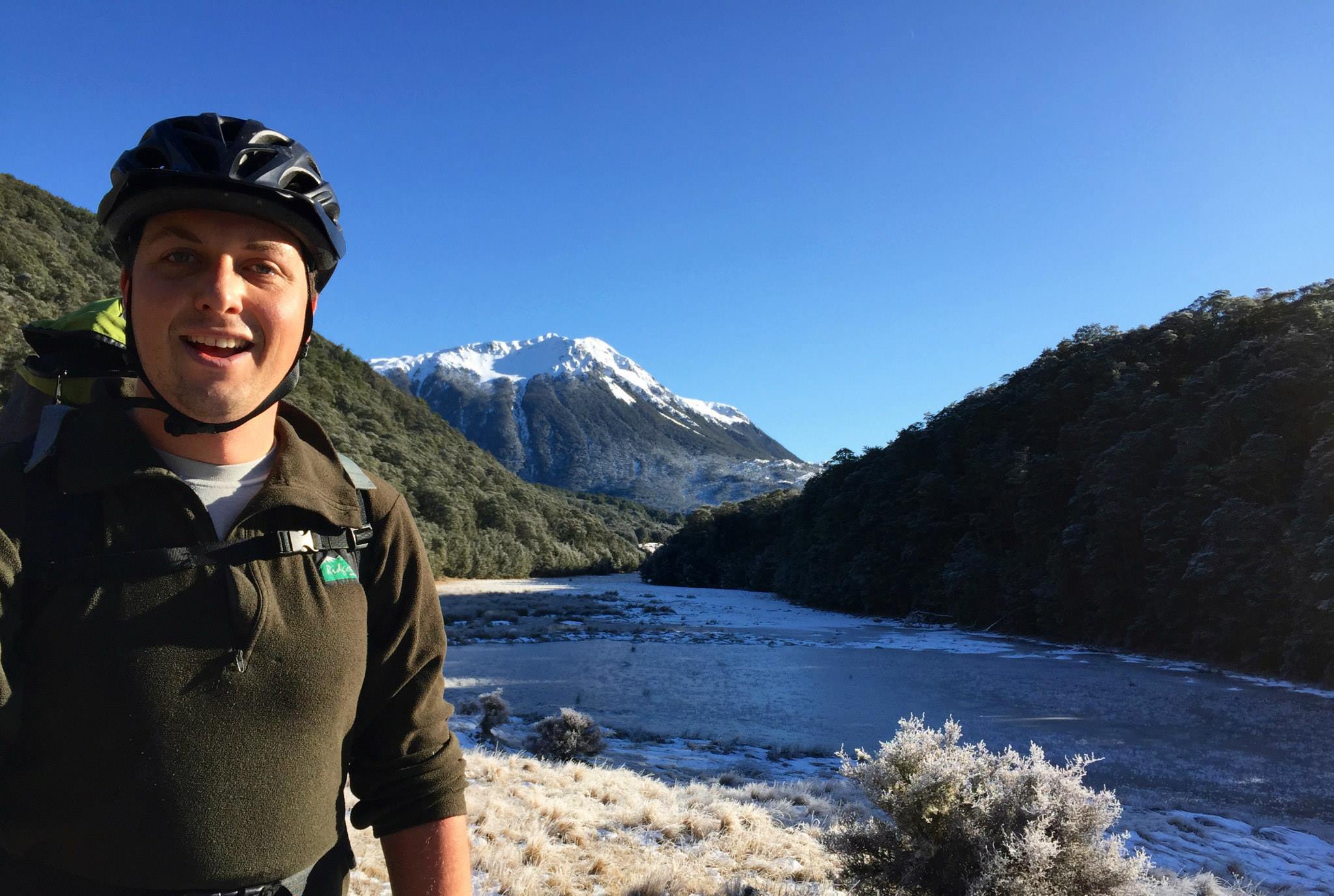 In which part of New Zealand do you live?

I currently live in Wellington, in the North Island, but previously lived in Christchurch, in the South Island.

New Zealand has the most amazing variety of landscapes and terrains to ride in, all packed into a relatively small country. From rides in the subtropical north to rides with views of high mountains and glaciers, it really is a treat. This variety of terrain gives ample opportunities for all types of riding (commuting, road, gravel and mountain biking).

Cycling is popular with a recent survey showing 31% of New Zealanders aged over 15 have biked in the last year. There are cycle groups in most towns and cities who have regular group rides. In addition, there are many events for both road (including gravel) and mountain biking in a year. 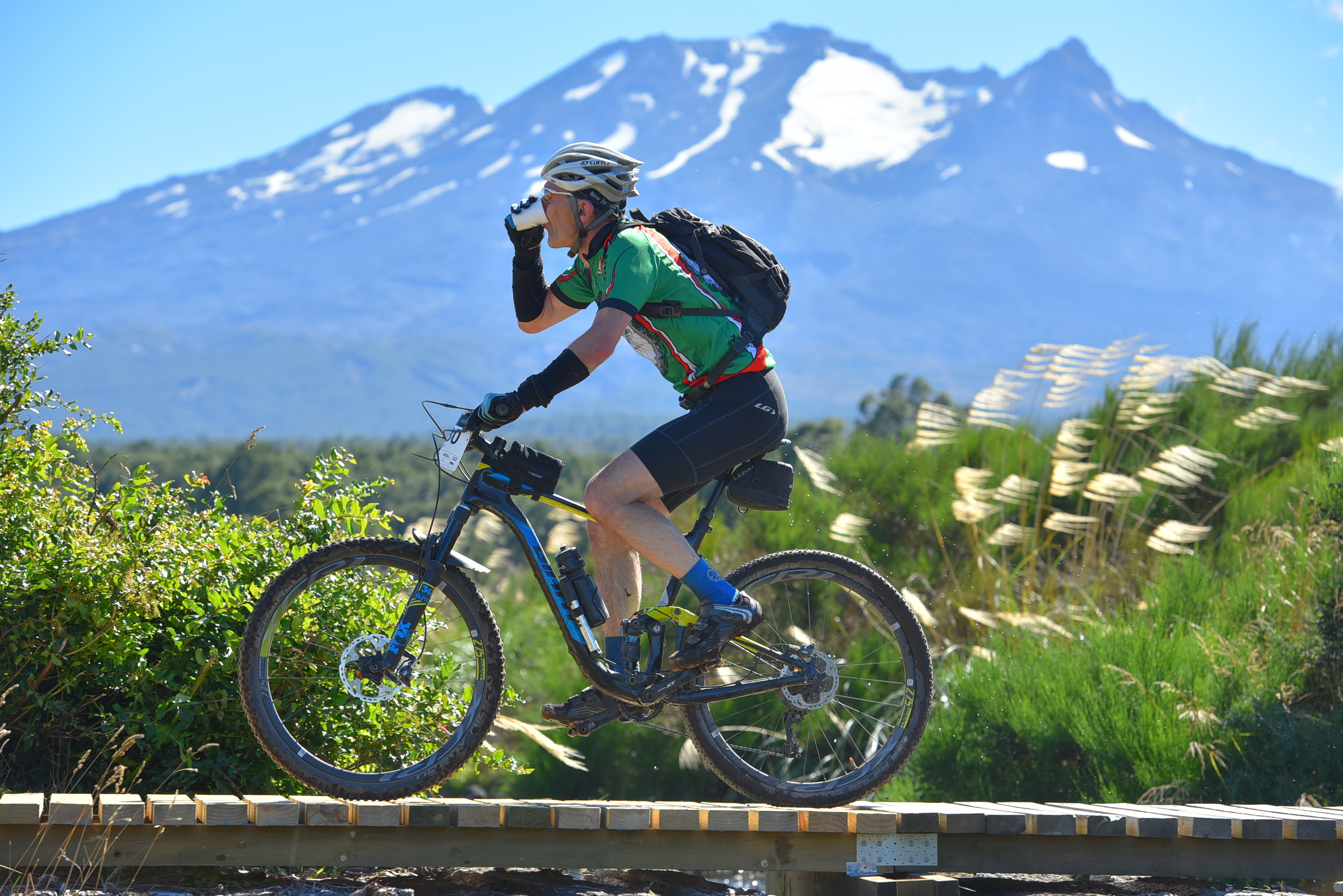 My favourite places to ride in the physical world are right outside my door. Wellington has the most amazing access to multiple mountain biking locations, all within easy riding distance. In addition, there are many options for different road rides. In the virtual world, I have been enjoying all the South Island rides that Deperlo has filmed and uploaded (as these allow me to relive my riding when I lived in the South Island).

Do you know the ROUVY routes around Christchurch?

I know these routes well from when I lived in Christchurch and physically rode them.

How do you like Banks Peninsula, and around, for cycling?

It's a great area for cycling, but be prepared for the hills (and steep ones). Deperlo's ROUVY route, Diamond Harbour to Little River, has 3376m of climbing in 100km (that's tough). If hills are not your thing then the Canterbury Plains have many long flat rides.

Do you ride on ROUVY? What do you like about it and what do you miss?

I took up cycling 5 years ago to increase my cardiovascular fitness. Due to a shoulder injury many years ago, I am not able to ride leaning forward and so must ride in a vertical position. I came off the bike 2 years ago on shingle, further injuring my shoulder and have now decided that it is not safe or prudent to ride on the road. I now only ride on ROUVY and spend 90% of this time on routes in New Zealand

How is NZ, specifically for cycling?

NZ has a wide range of different scenery and road conditions within a smallish area. There are long straight roads in the Canterbury plains; but a 2 hour drive away, you can spend the day cycling in the mountains or on the coastlines or around the inland lakes.

How’s cycling popular in NZ and why?

Traffic is not dense and it does not take long on a bike (1/2 hour) to be on a country road with occasional cars. The scenery is varied especially on inland routes and the West Coast.

I enjoy the Port Hills as I can do a decent ride from my home, over the hills and around the bays and be back for tea. I have also enjoyed some classic off road rides like the Wilderness Trail (120 km) on the west coast often done as a 2 – 4 day trip (although me and my brother would do it in a day). Also, the ‘Alps to The Ocean’ which I did as an organised tour with my wife and 6 others over 5 days. 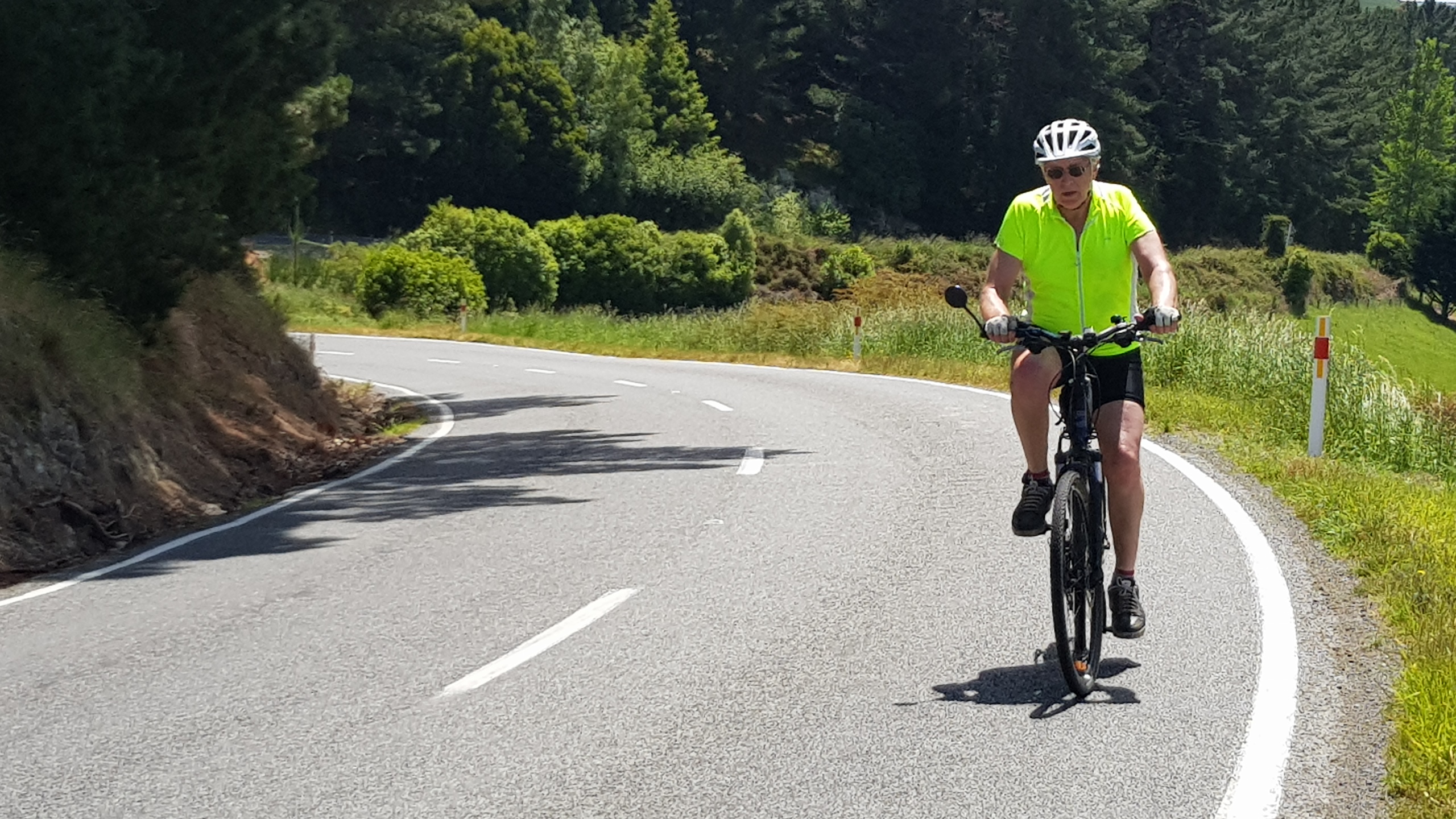 I have ridden all of the AR and non-AR Rouvy routes around Christchurch. I enjoy the spectacular views on the peninsula and the challenge of the hills, even though I may only go slowly, it is still a good cardio workout for me.

Do you now feel motivated to ride around New Zealand?

Join the events or simply explore the Port Hills routes!