Primoz Roglic (Jumbo-Visma) won a short and hilly stage 11 of La Vuelta 21 on the slopes of Valdepeñas de Jaen, one of the toughest and most iconic climbs in the history of the Spanish Grand Tour. Check out what happened on the hilly stage, and take a look at the data of the first breakaway group member Jonathan Lastra.

What you can expect on ROUVY

#4 La Vuelta Virtual 2021 - Stage 11 brings riders to the dry and hot south of Spain. Oak, maple, and olive trees against stunning vistas and rugged mountain ranges dominate this hilly stage. The route has an undulating landscape covering a distance of almost 43 km and nearly 1000m of climbing, with its highest point near Las Lagunillas. This challenging stage, with its shark-tooth type profile, will test the strongest of legs. 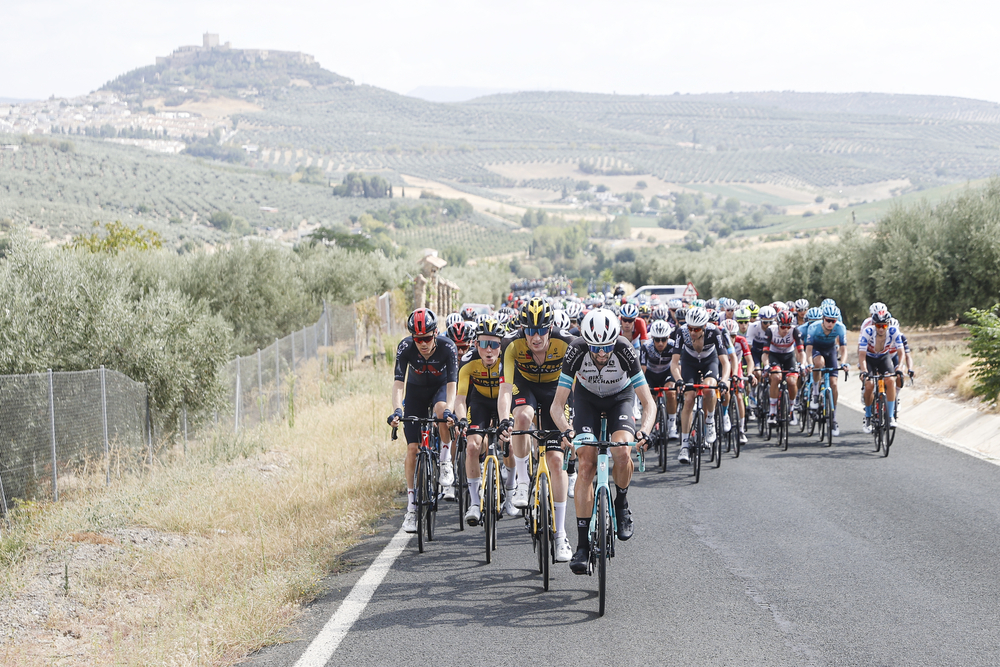 What was happening on Stage 11

The 167-men peloton had to cover a distance of 133 km on a demanding and lumpy Stage 11 with one Category 2 climb and a steep and interesting last kilometre.

At km 28 a group of five attackers broke away from the bunch with Edward Planckaert, Jonathan Lastra, Magnus Cort Nielsen, Joan Bou and Harm Vanhoucke. The gap between the peloton and the breakaway group reduced to a mere 44” nearing the finish, at the foot of the cat-2 ascent of Valdepeñas de Jaén.

It was a thrilling battle to the line as Sepp Kuss set a brutal pace in the last kilometre where the slope rose to 20% and only Primoz Roglic was able to overtake him. Winning Stage 11, Roglic proved to be amongst the most capable riders on La Vuelta 2021.

We studied data of Jonathan Lastra, member of the initial breakaway group that separated from the peloton at km 28. As you can see from the Strava file below, Lastra needed to exceed 500 watts to be able to separate from the pack together with his rival companions.

By coincidence, the start of this breakaway almost corresponds with the start of the ROUVY segment on Stage 11 so it might be interesting to ride the route and see how close you can get to Lastra’s performance,at 323 W during the first 10 km of a slight uphill (av 1.1%, topping at 4,1%) at the beginning of the breakaway. Also note the average speed over 45 km/h which is fast considering the profile.

Still in a breakaway group, below is Lastra’s effort on the first major climb of the Stage on the slopes of Las Lagunillas. The marked section at km 47.6 is showing details on a short steeper section of a grade of 7,1% on a three/kilometre climb that averages at 5,4%.

Even though the second graph is showing a steeper section of the course compared to the first one, the average power is slightly lower, so is the speed.

As we now know, it was a great attempt that did not help the breakaway group to position themselves amongst the top-10 on this interesting stage with a thrilling finish.

We would have loved to have shared data from the super-thrilling last kilometre of Stage 11 but sadly none of the top-10 riders shared these stats on this particular stage.

DIGITAL SWISS 5: THE GREATEST ON-SITE DIGITAL EVENT OF THE SEASON STARTS THIS FRIDAY