ROUVY, together with Rotary Knysna Cycle Tour is taking you to South Africa to ride an annually organized event that begins in the centre of Knysna, a holiday location on the coast with sunny skies and its beautiful surroundings.

This scenic cycling route starts in the small town of Knysna in the Western Cape, a province of South Africa. The name Knysna acquired its name from the Khoisan language, meaning "place of wood."  Knysna has some beautiful indigenous forests which are home to diverse fauna and flora. 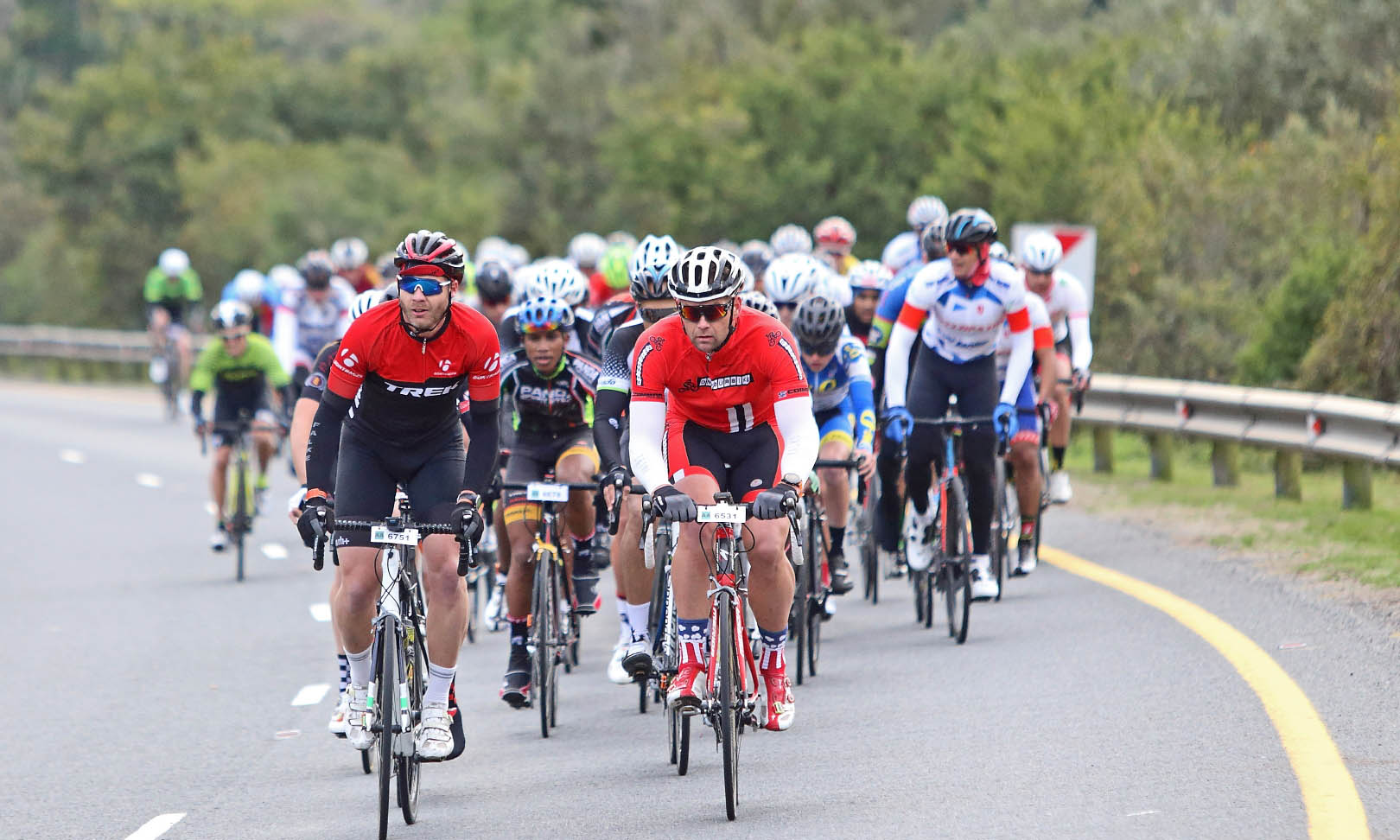 Writing this review brought back many fond memories of my holidays in this small town on this rugged coastline. I'd ride many scenic routes along this road and offroad, venturing into the depths of the indigenous forests with my cycling friends from the area. Here, in this same forest, you can, if you are fortunate, spot the last remaining elephant called Oupoot. 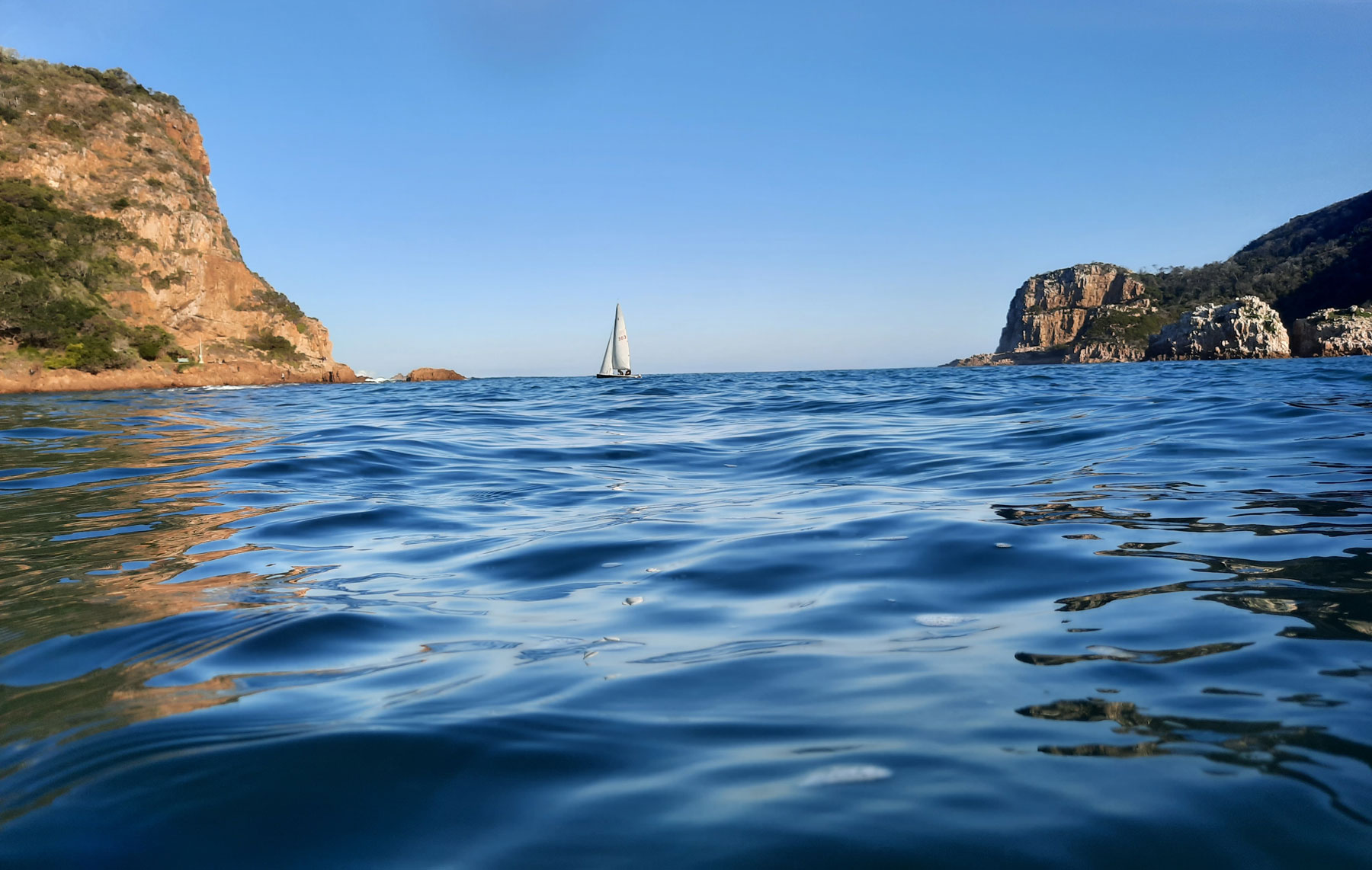 Knysna was also the starting point of the famous Absa Cape Epic back in 2005 when I last rode this endurance and challenging mountain bike event, which took eight successive days and ended near Cape Town with a distance of 850km with over 16000m of climbing. 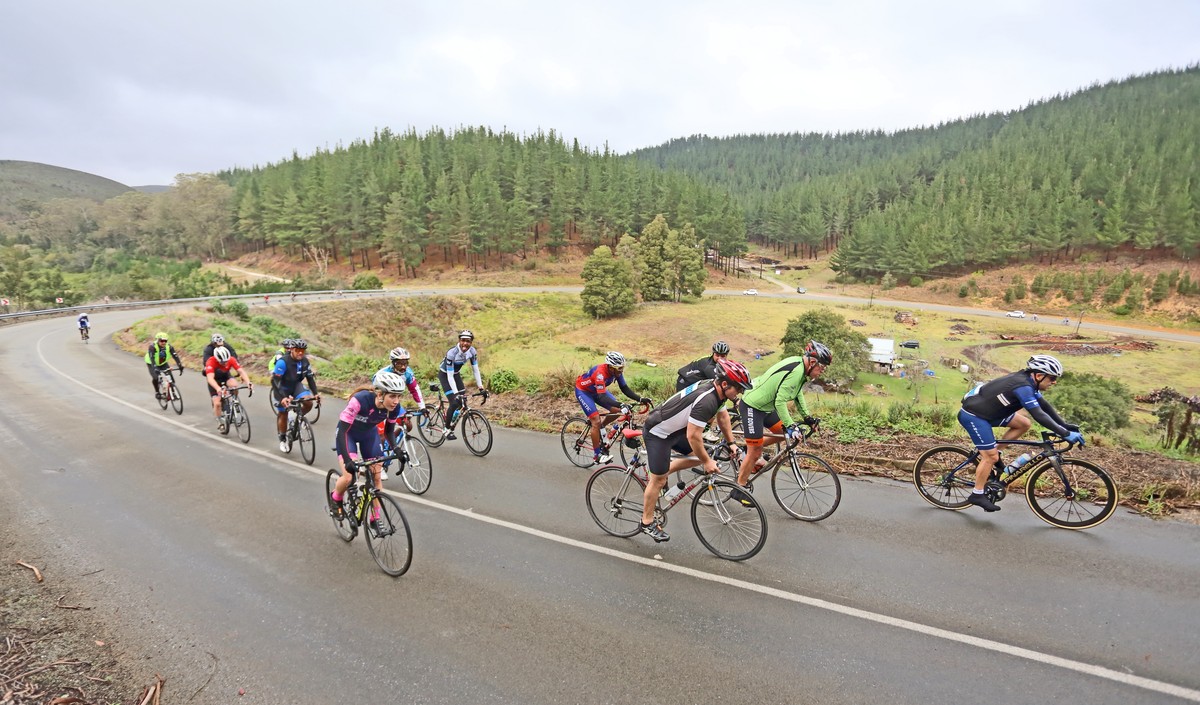 The Knysna Cycle Tour route starts at the same place that the Cape Epic began in its early days, from the waterfront and setting out on a fast and flat road heading West along the beautiful lagoon road with its glistening water surface and swooping gulls. This route takes one towards the town of George on the N2 highway flanked by scenic landscapes on either side. The event comprises a road race of 50km and 100km distances and a mountain bike race that goes into the forest to the right where the Epic used to go. These exciting and well-organized races coincide with the famous annual event held every July called the Knysna Oyster Festival and is managed by the Knysna Rotary Club, which raises funds for the community. 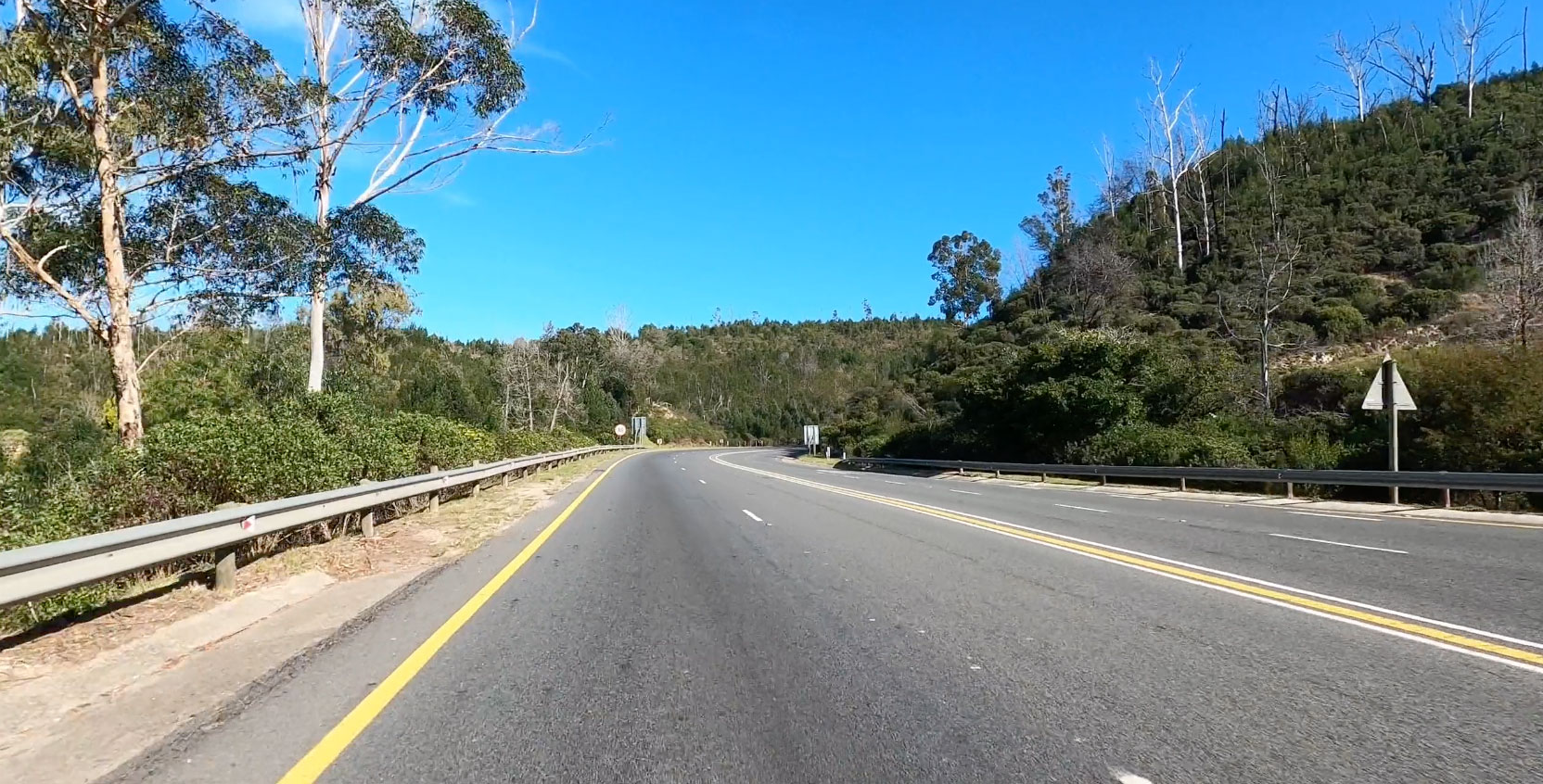 After passing the lagoon on your left, which looks over the famous and scenic Knysna Heads in the distance, you begin heading up a climb of 2,8km with an average gradient of 6%. This hill will be the only climb you'll need to tackle on an undulating and flat course ending with a total of 293m of ascent. 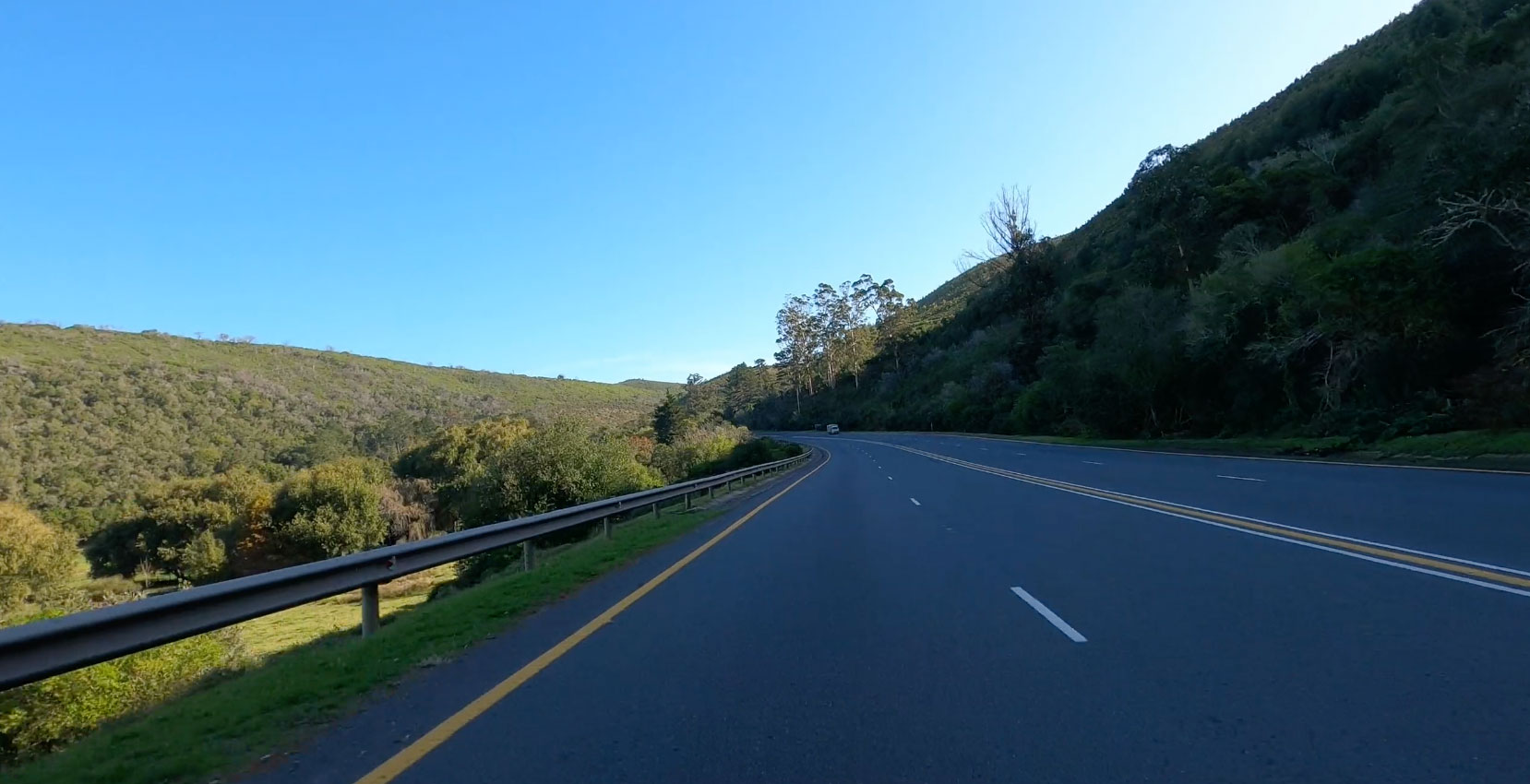 Along the route to the left, you'll pass two beautiful beaches, hidden behind the dunes, called Brenton-on-sea and Buffelsbaai, just before heading down the other side of the climb. You will no doubt catch the salty scent of the sea breeze along the entire route. The road then continues along an undulating course approaching the Goukamma Nature Reserve on the left. The reserve is a protected area consisting of a freshwater lake, dunes, unspoiled forests, and abundant wildlife, including a specific type of plant called Fynbos, which is highly typical of this area of the Cape with its delicate fronds and miniature flowers. The beautiful protea species is also from the Western Cape. 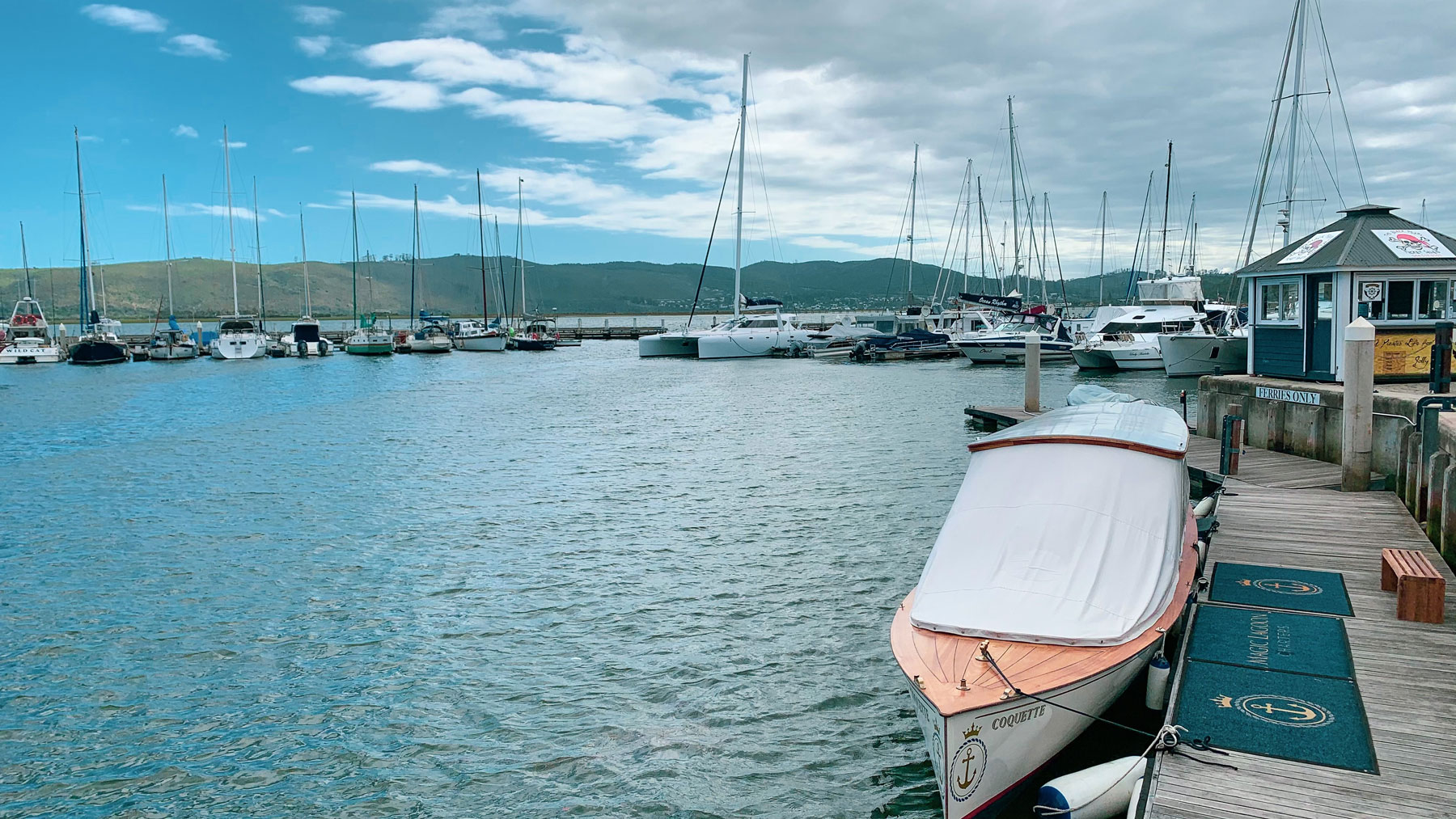 This route is a fast course where you can enjoy and engage in your bigger gears to maintain a good speed, especially after cresting the top of the climb, which catapults you further along the course. The first 5km stretch along the lagoon could serve as a warmup if you did not include one before starting. Enjoy the ride!

View the route: Route and map