Prague, Czech Republic / March 24, 2021 - The Czech Cycling Federation (CCF) presents the ŠKODA eCUP 2021 Grand Finale on ROUVY. This race series ends with the official first-in-the-history Czech National Championships in virtual cycling e-sports among professional riders. The names of the first-ever e-cycling champions of the Czech Republic will be known on Thursday.

The grand finale of the virtual racing series, the ŠKODA eCUP 2021 starts on Thursday, March 25th, at 6 p.m. CET. Everyone who has a smart trainer at home and joins the ROUVY app can enter this race for free and race along with the pros (competing for the National Champion titles) on the same track and at the same time.

Based on the results, the championship jerseys will be awarded in “women”, “men” and “juniors” categories. Only Czech nationals (start list below) are eligible for the Championship titles in the finals. The riders were chosen based on the qualification results in the previous three races. Those who won their place in the virtual peloton earned this chance to fight for the championship title. In addition to the list of professional cyclists of all disciplines, sprint skier Martina Sáblíková (Sport Invest) has also been included in the finals, for her excellent performance.

The 30.5 km long ROUVY route, "Říčany - Brno - Říčany" awaits the competitors, challenging them to climb its 444 meters. Details of the route can be found here. Cyclists interested in challenging and riding against the pros, in this unique and innovative mixed format, can register on the day of the race till 16:00 CET.

It will be possible to watch the live broadcast of the final race of the ŠKODA eCUP 2021 series from 17:30 CET on the ROUVY channel and on the ČT SPORT website. The official Czech E-cycling Championships’ commentators will be the national team coach, Tomáš Konečný and the television personality, Tomáš Jílek.

The grand finale will take place in person at the ŠKODA OPAT Motor Show center near Prague and the live broadcast will include interviews with guests present. The finalists fighting for the championship titles will ride the race on the spot under strict hygienic rules on calibrated trainers, which will be set exactly according to their weight so that the result is completely objective.

Registration takes place on the ROUVY website and is open for anyone.

(The race results will be available here. Riders are welcome to ride along with the pros for free and enjoy the additional free trial here.) 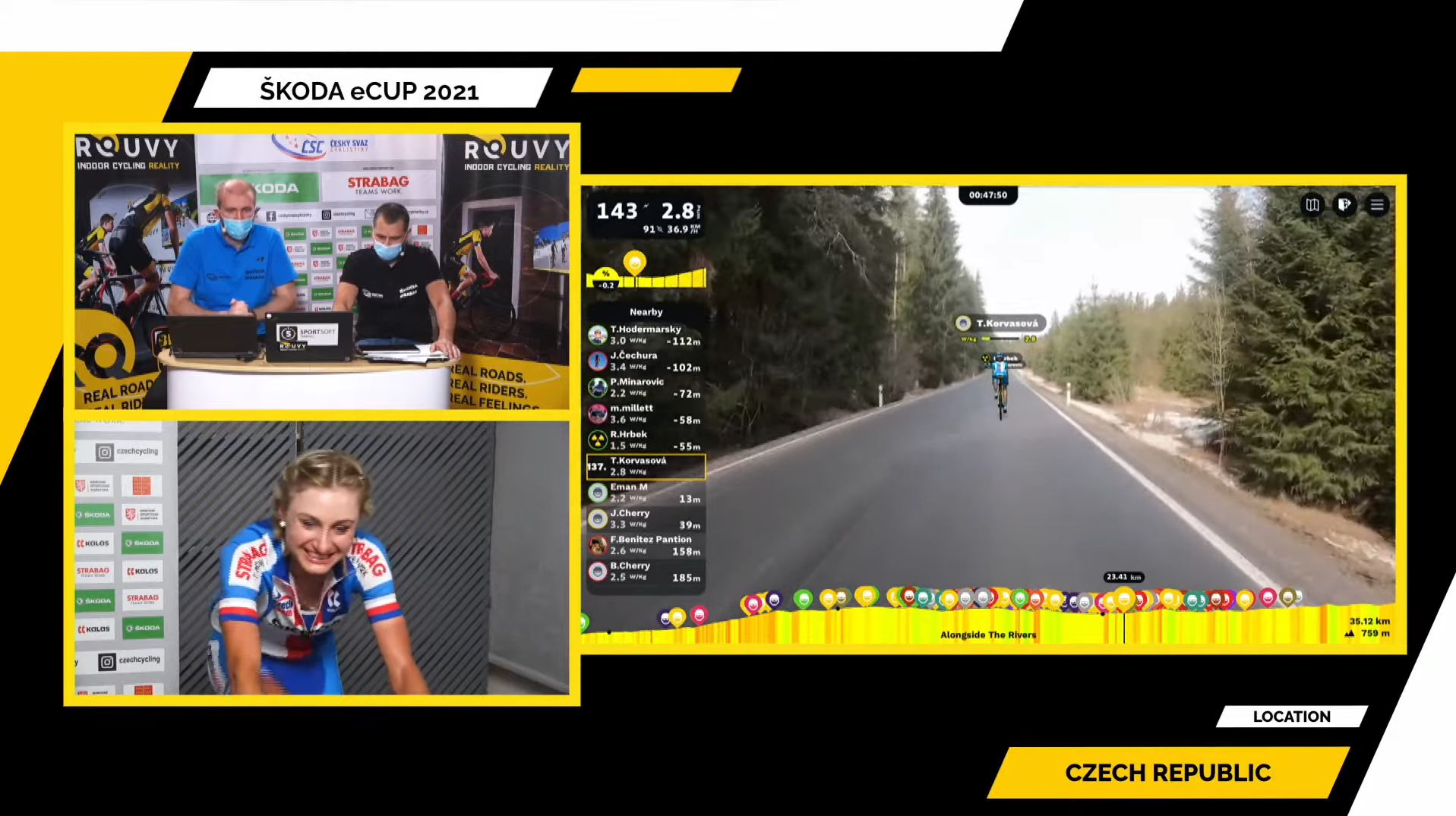 ROUVY is a digital racing platform for athletes all over the world to compete, ride with friends for fun, do workouts and much more. ROUVY offers thousands of virtual locations and training options, including the chance to take part in the official virtual races and cycle through the entire route catalog. Thanks to simulated but fully realistic efforts, ROUVY is the best option for the most ambitious and toughest athletes to prepare for the next race day.