His successful career seems endless. His first Ironman win was in South Africa’s Cape Town, exactly 20 years ago, when his son was 6 months old. His last Ironman distance win happened in North African Algeria, where his son competed with him. Nothing that happens to our Brand Ambassador, Petr Vabroušek, can stop him on his way to achieving his goals - give it all, win and repeat.

Last year in January, we brought you an interview with this legendary Czech Triathlete after his victory at Ironman 2019 at Sahara. And now, he has done it again! 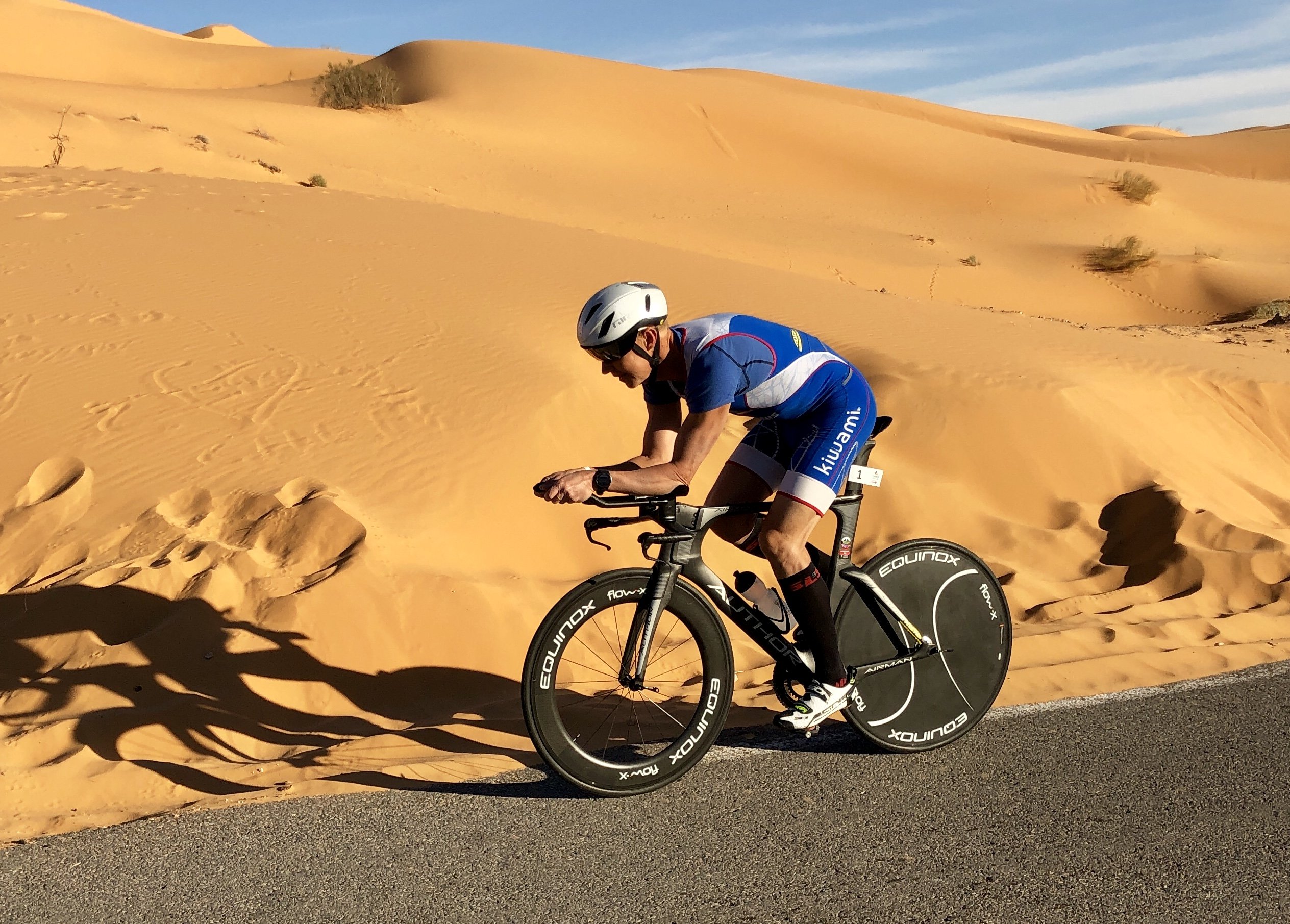 Petr has been the overall Champion of Ironman distance races 46 times! His last victory happened a week ago in Algeria. Algeria boasts the biggest and most beautiful part of the Sahara desert, where the temperature is very cold in the morning and gets to around 30°C during the day. Hot and dry weather, in combination with Ironman distances, makes this race extremely difficult. In addition, Petr had to fight a competitive field for this victory - all the way up to the finish line. After 8 hours and 42 minutes, a single minute decided his result! 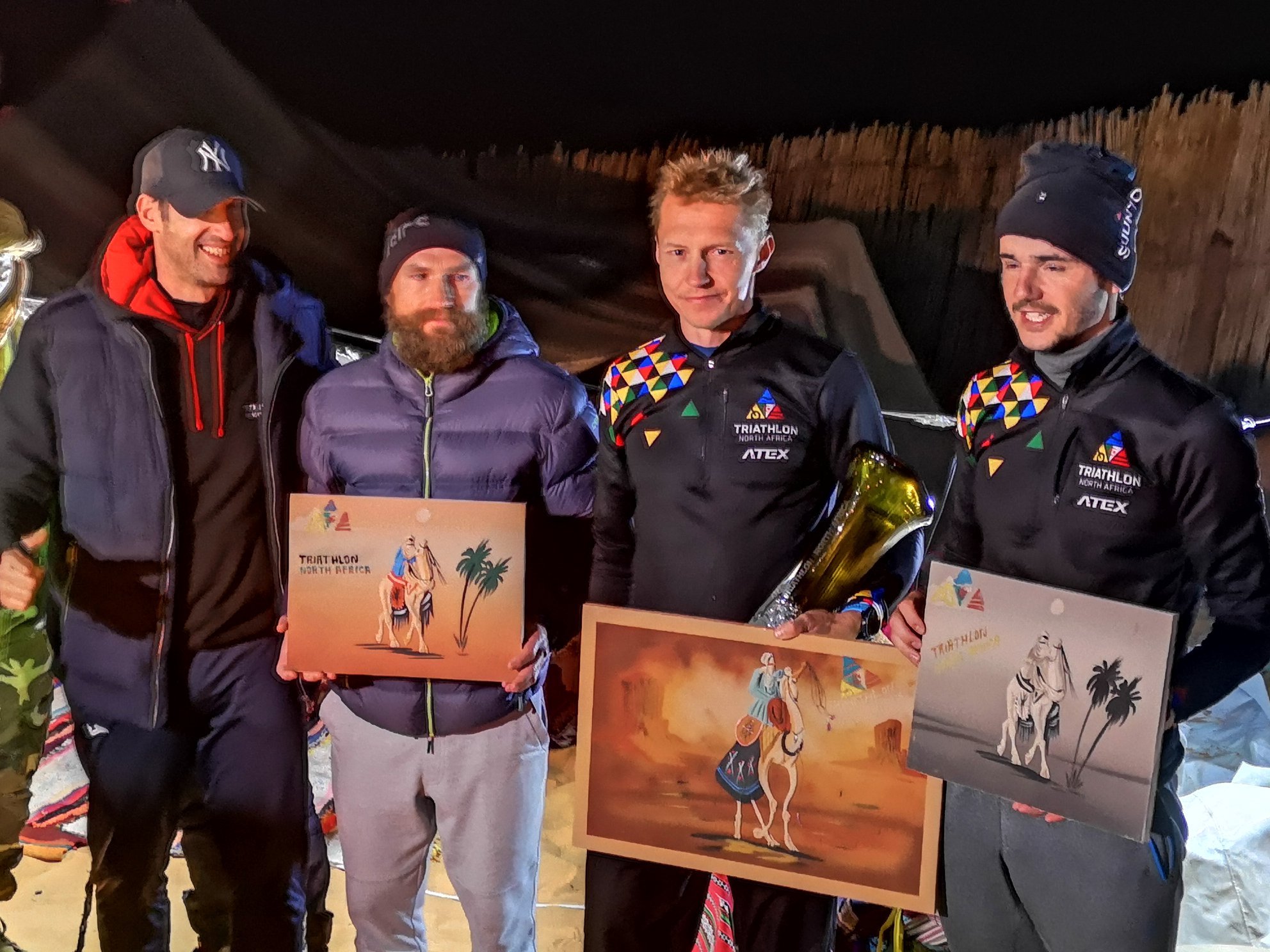 Petr said:  “1st place, 8:42. Amazing race in dream surroundings! The shortened swim (1.6k) in the beautiful oasis was quite unique, and I felt great despite the 9 degrees cold water. Lost my lead in T1, while completely changing to dry clothes (the air was still around 6 degrees in the morning and it took me 120k to get back to the front of the race. Kicked a bit harder towards the end to build a 2-minute cushion for the marathon. With David Jilek chasing me hard, I tried to maintain control.  Just when I thought, “It’s mine,” David almost caught me with 5k to go. What a finish! We sprinted the last 5k in deep sand and hills around 4:15/k pace. :-) I was the luckier one, and I successfully defended my title from last year. Well done to everyone who braved those tough conditions, and to all organizers, who created Triathlon North Africa Sahara 2020, one of the most unique and memorable triathlons in the world!” 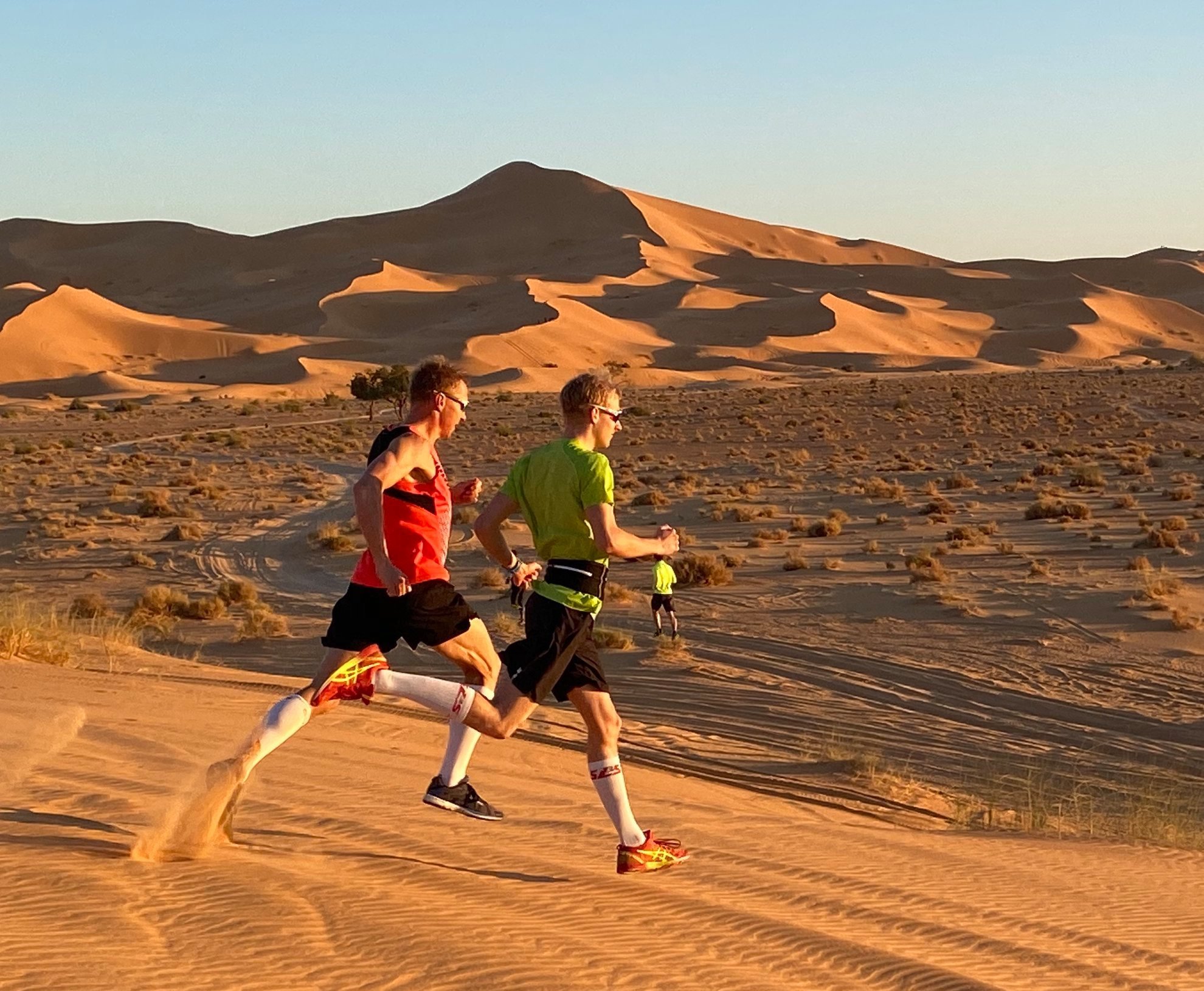 Besides racing, Petr is also coaching young triathletes, including his son, who is also his best training mate. He teaches his athletes how to prepare for such a race. Petr said:  “The Sahara race happens during the freezing winter here in the Czech republic. ROUVY is a great tool for preparation for this extreme triathlon, no matter the weather or destination. That’s why one of my athletes, Jiri Neoral, recorded the first 32K of the race course, and made a nice virtual route on the ROUVY app. We will use this route for our preparation for the Sahara race next year. It will be our big advantage.” 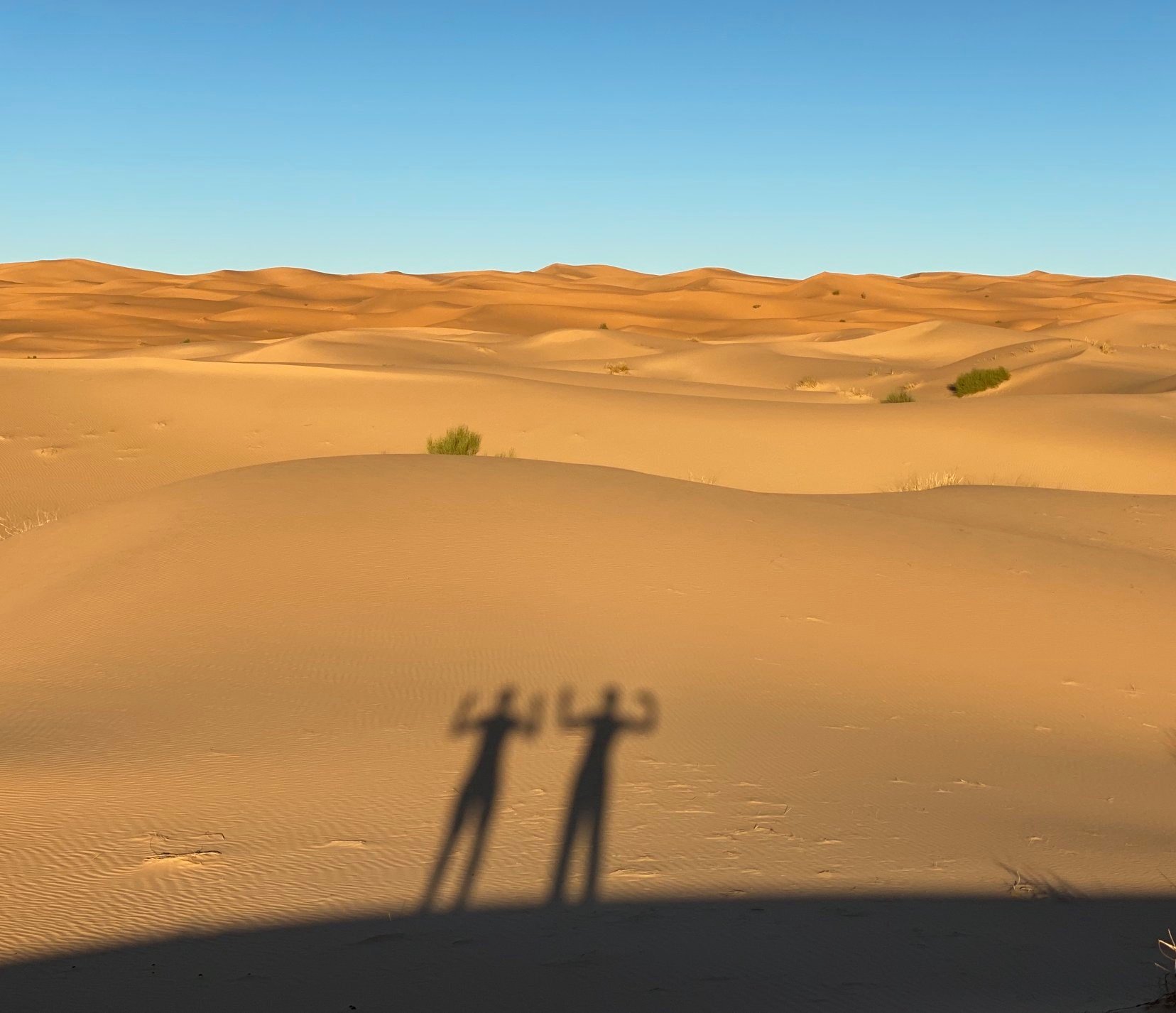 Let’s try a part of Sahara Ironman right now! You will meet local kids, see beautiful dunes, and may even spot occasional camel. And you can compare yourself with double race champion, Petr Vabroušek, who is current ROUTE LEADER. Pretty fast, isn’t he? :-)