Prague, Czech Republic / October 24, 2019 - Virtual Training s.r.o., whose main product is the Rouvy application simulating real outdoor cycling rides indoors, is pleased to announce that it has become the general partner of the junior cycling UCI team under the new name, “Rouvy Specialized Cycling Team.” Rouvy and the team signed a three-year cooperation.

The intention of cooperation and the joint program

Both units see many advantages in their cooperation. Petr Samek, co-owner of Rouvy, mentioned several reasons that led the company to support the cycling team. “Our goal is to support the team in its race ambitions, but that is also the business idea. We want to make Rouvy visible at the biggest cycling events in the Czech Republic and abroad. Rouvy is a Czech product, which is paradoxically known mainly in the USA and Western European countries. Therefore, it is great for us to join the Czech team, which is also a UCI MTB team and participates in the biggest Czech and world races. With the help of the team, Rouvy can get more into the awareness of cyclists in the Czech Republic and the world. We plan to present the Rouvy application at several team events, such as the World Cup in Albstadt or the World Cup races in Nové Město na Moravě.” According to Petr Samek, the company has other intentions as to how to cooperate with the cycling team utilization. ”Rouvy offers its users so-called Group Rides, regular online rides with Rouvy ambassadors or its partners. They set the pace and motivate participants to quality performance. Team members will now turn into our ambassadors, with whom our users will be able to train regularly throughout the winter. We will also organize two training camps connected with the team. These cycling hubs will be primarily for Rouvy users, who will be able to train on the campsite routes directly in the app during the winter. They will prepare for the upcoming spring and summer camp along with the team, in attractive Italian destinations in Tuscany and Livigno.” 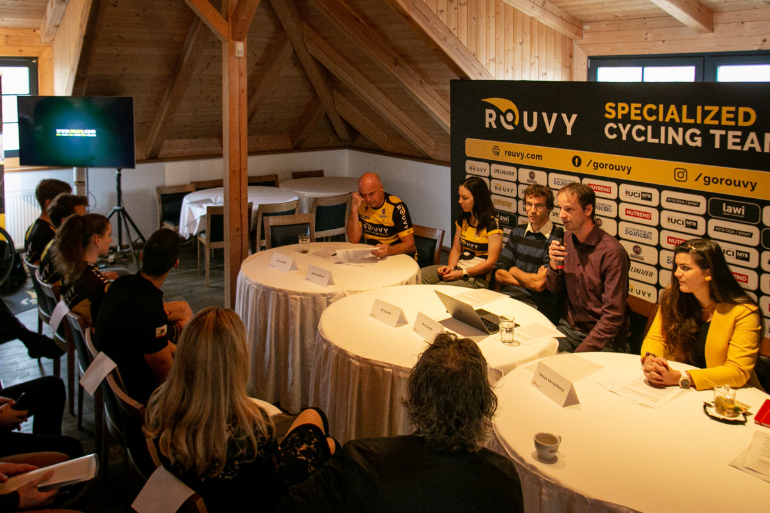 Coach and manager of the cycling team, Jiri Lutovsky, adds: “Cooperation with Rouvy as a new general partner is of great importance to both parties. For us, this means the possibility of maintaining the team's activities with a further perspective towards its development. For Rouvy, it is an opportunity to use our team as a marketing tool. Among other things, it is working with my former wards, for whom the team is a heart affair.” 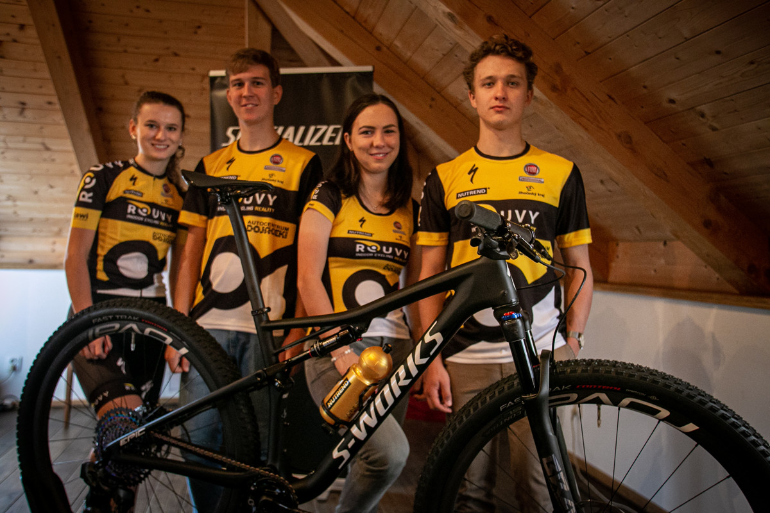 “During 15 years of mutual cooperation, we have managed to build an ambitious team that has been licensed by the International Cycling Federation (UCI) and participated in major international races. At the same time, the club helps to educate young athletes in and around Vimperk. We are glad that we can hand over the Vimperk cycling team into the hands of a new general partner, who has a warm relationship with cycling and will thus guarantee its further development,” says Radomil Štumpa from Česká spořitelna.

Kolo pro zivot (Bike for Life), the largest series of races in the Czech Republic, will be held on the Rouvy application in January and February. However, Rouvy will focus more on its virtual version, which the race organizers want to revive after many years. 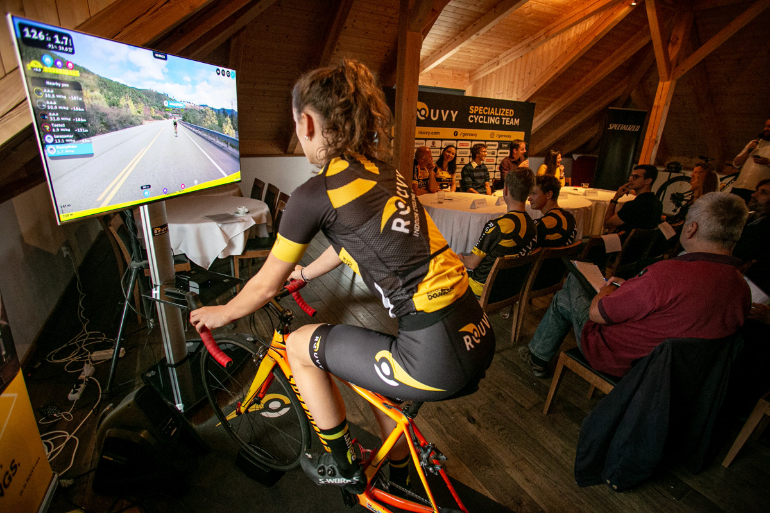 In 2008, the first Virtual Cup Bike for Life took place on the forerunner of today's Rouvy application, where racers completed the competition on indoor trainers. Now, there is going to be a big return to that in the form of two eRace races - Bike for Life.

Common history of the team and Rouvy

The Vimperk Cycling Team has not been associated with VirtualTraining s.r.o., but does have a new partnership agreement. They also have a historical link. It is no coincidence that the headquarters of the team and the company are both located in Vimperk, a small town in the heart of the Bohemian Forest. Hundreds of racers have passed through the Bike Club, which has been part of the sports high school in Vimperk for over 20 years. Among them were the owners and employees of VirtualTraining Ltd., who were also part of the team while studying at the sports high school. Indoor training used to be a large part of their winter training preparation when former representative, and now co-owner of Rouvy, Jiří Samek, came up with the idea of how to diversify this way of training.

At that time, he began to work on his idea, together with his brother and his friends, who studied programming at the same school. This combination of circumstances gave rise to the first software to evolve over the course of 15 years into today's Rouvy application, which has become a favorite training tool for cyclists around the world.

Rouvy is a cycling app that allows you to ride on well-known Alpine roads without leaving your home. The application simulates real outdoor riding with high-quality videos based on GPS route profiles and Augmented Reality. Augmented Routes combine animated 3D riders with real video, so cyclists can enjoy the variety and fun of cycling at home. With Rouvy, they do not have to stay at the monotonous pace of brutal indoor training, but they can overcome renowned routes from around the world, even in winter. Just connect the indoor trainer to Rouvy, and choose from over 3,000 routes by length or profile to fit your training plan at any time. Activity data can be synchronized with popular applications, such as Strava or TrainingPeaks. The Augmented Routes are the ticket to entertaining but honest training for everyone. New this winter is the new modern Rouvy AR application, which is now free as a beta for all Mac and Apple TV users. More at rouvy.com.

The cycling team at the Vimperk Bike Club was established in 1994. Since 2004, it has been called by its general partner, the Česká spořitelna. From the very beginning, the Vimperk Bike Club has been cooperating with the sports high school in Vimperk, where most of the team's competitors study. In addition, the team takes care of talented youth and the youngest athletes.

In 2020, the team will again be registered with the International Cycling Federation as a UCI MTB team, which entitles its competitors to start in the World Cups and World Junior Series. The competition program also includes most of the famous Czech races.

The Vimperk Bike Club also organizes a children's cycling camp every year. This year was the 20th year of the camp.

Working with Rouvy as a new general partner gives perspective and maintains the continuity of care for team racers, ranging from UCI MTB team representatives to the smallest talented kids in the sports club.

CHALLENGE PEGUERA MALLORCA: EVEN DEVELOPERS CAN DO A TRIATHLON!