The EU timezone race in particular was a real thrill all the way! Check the race recap covering a second race of the series, where two of the strongest riders will be present to fill the roster of the Saris ROUVY Sauerland UCI Continental team.

The battlefield of the second qualifying race in the Saris Team series was the Col du Tourmalet on the French side of the Pyrenees.

The 2,115 m high Col du Tourmalet is the highest paved mountain pass in the French Pyrenees and one of the most famous and notoriously known passes of the Tour de France.To date, the Tour has visited the Col du Tourmalet a total of 88 times!

La Vuelta has also crossed the pass several times, lastly in the 2020 edition.

The competition in the race was very strong, similar to the first event of the series last Saturday, as Julian Braun (Saris ROUVY Sauerland team) confirms: ‘There are definitely some really strong riders that participate in the races. During the competition I took a quick look at the power to weight ratio of the other participants as often as possible and the data sometimes surprised me. I have to admit that the competition is stronger than I had expected!’

The winner of the previous race baptiste.l-e (Baptiste Legay) pushed really hard right from the start and so had two other riders who had the desire to fight for the podium.

‘My tactic was again to stay with the fast guys in front of the race and to stay relaxed to go a bit faster at the end,’ shared his plan Schinderflo (Florian Holzapfel).

Also sir__velo (Wilhelm Buchmüller) had the same game plan but it didn’t go as he had planned: ‘The front group was going a little bit over my desired pace, nevertheless I closed the small gap. Soon I knew I had to let them go because I couldn't sustain the set tempo on the whole climb.’ 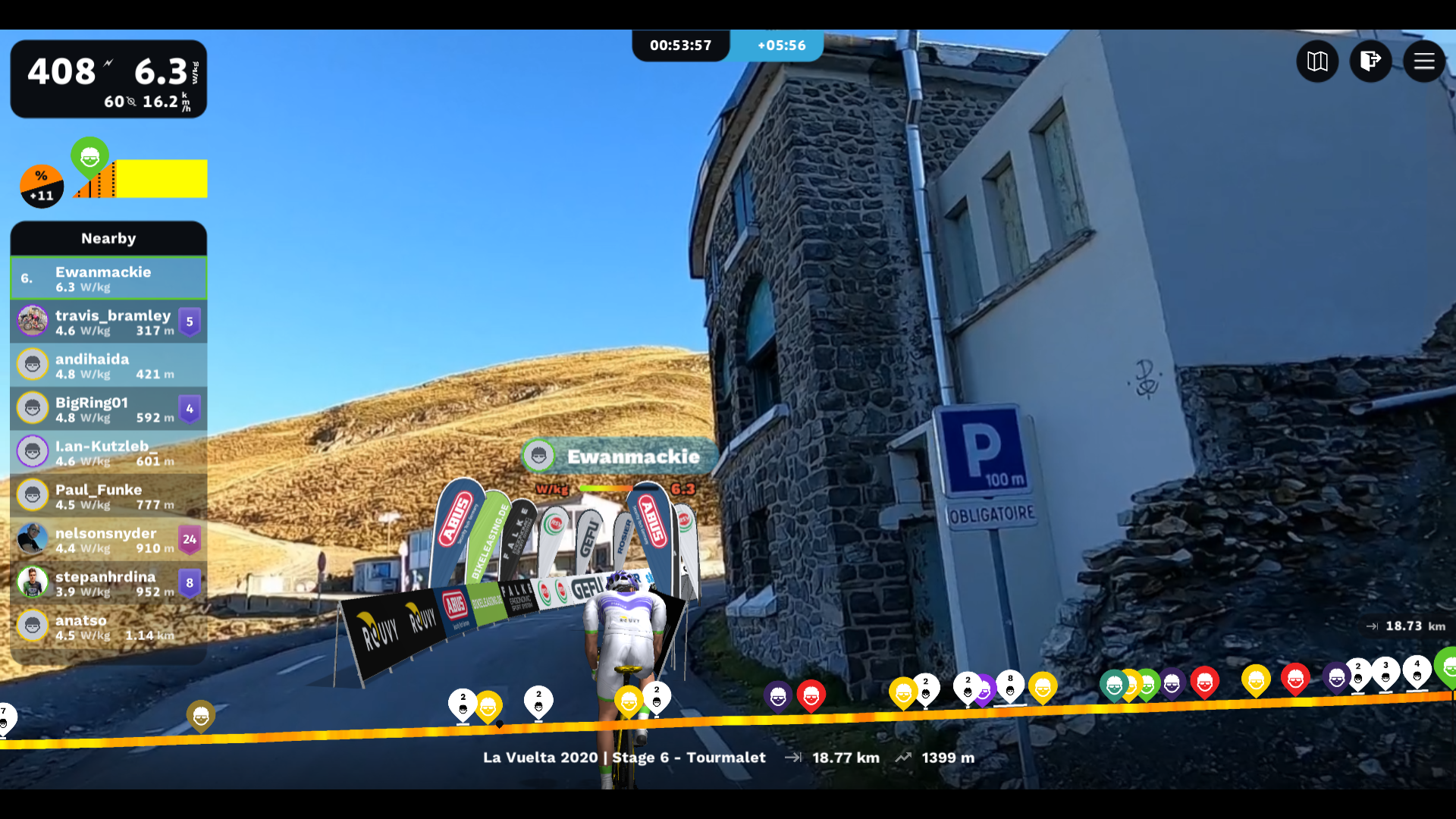 It was not only the young ambitious hobby riders who went through plenty of suffering on the mighty slopes of Tourmalet. ‘It was definitely a hard fight with baptiste.l-e and Schinderflo that turned the hour of racing into an hour of suffering,’ commented Julian Braun after the Asian timezone race.

A real thrilling final sprint occurred in the EU timezone race, where sir__velo tried to close the gap on Tobias1456 (Tobias Kreuzer). ‘I honestly didn't expect to make the catch until he (Tobias) was in sight. Spotting him gave me a target that I could chase which gave me the willpower to ignore the pain that was screaming from my legs and make the pass in the last kilometre,’ shared his experience Wilhelm Buchmüller who won the race by 10.6 sec over Tobias Kreuzer.

There was a lot of sweat and tears on the second race of the Saris Team series! ‘Those types of challenges are the reason why I am a racer and it motivates me to train even harder for my goals. Hence, I am looking forward to the next race on Saturday,’ summarised the Saris ROUVY Sauerland UCI Continental team member Julian Braun.

If you want to try the true racing atmosphere and be there when two riders are chosen for the 2022 roster of the Saris ROUVY Sauerland team, be sure to sign up for the two races that are ahead!