Ljubljana, Slovenia / March 9th, 2021 - The open, Virtual Tour of Slovenia by ‘I feel Slovenia’ on ROUVY is now going for its third stage events. Cyclists worldwide continue to travel and race around Slovenia virtually. Both formats, the Group Ride (on March 10th) and the race  (on March 13th) are provided for the riders to compete with the Slovenian PROs from Team Bahrain Victorious and Adria Mobil Cycling Team.

The first two stages showed hundreds of riders per event with passionate, close fights and the same should continue with Stage 3, this week. The race series presents the country of Slovenia, the homeplace of many world top level pro riders, to the global cycling community via ROUVY. With 1:1 simulation of real tracks, ROUVY’s immersive augmented/mixed reality platform enables athletes to visit their next race location and ride with the pros online, or just travel the great and iconic cycling locations virtually.

The picturesque and diverse route runs directly along the Slovenian coast in the first part and includes the fancy towns of Portorož and Piran. In addition to the shorter climbs at the beginning of the stage, cyclists will also ascend the Šmarje in the hinterland. The descent towards Koper is smooth and scenic. The start and finish of the stage are located on the coast of the Adriatic Sea. The course has a total distance of 39 km, with a 1% average grade and a 463 m of elevation (the stage route is here). 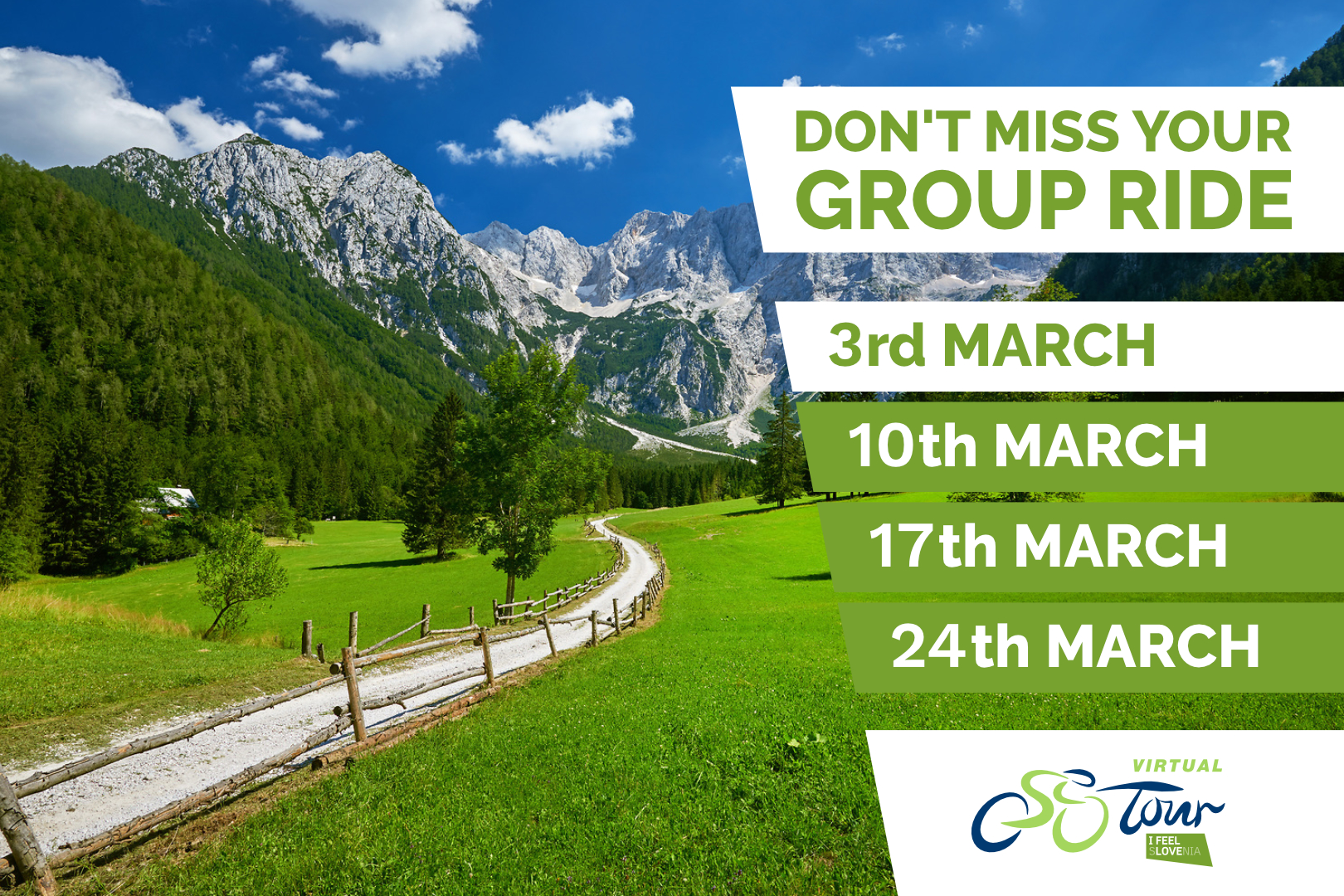 Registration for the event is here.

Registration for the event is here.

Registration for all of the “I feel Slovenia” - Virtual Tour of Slovenia events is here.

Domen Novak (born 12 July 1995) is a Slovenian cyclist, who currently rides for the UCI WorldTeam, Team Bahrain Victorious. Domen was the national champion of Slovenia in the 2013 National Junior Road Championships and again in the 2019 National Road Championships. He was named in the startlist for the 2017 Vuelta a España and in the startlist for the 2018 Giro d'Italia.

About the Tour of Slovenia

The Tour of Slovenia is the largest cycling event in Slovenia, which every year increasingly attracts more and more people, who follow and watch the race either at the race track or through different media channels. The very first Tour of Slovenia was organized in May 1993, just one year after the Slovenian Cycling Federation became a member of the international cycling association, the UCI. The Slovenian tour has continuously grown and developed. Today, after successfully finishing it's 25th edition, it attracts the world’s best cyclists and cycling teams that compete and demonstrate their skills on picturesque Slovenian roads, where images of landscapes change from Alpine to Pannonian and to Mediterranean. With world-class partners and a new slogan “Fight for green”, the Tour of Slovenia is gaining new momentum and is, aside from being a top cycling event, becoming also one of the main events for the international promotion of Slovenia as a five-star tourist destination.

About Slovenian Tourist Board

The Slovenian Tourist Board (STB) is a national tourist board that plans and carries out the marketing of Slovenia’s comprehensive tourist products and services and ensures the sustainable development of Slovenian tourism.

ROUVY is a digital racing platform for athletes all over the world to compete, ride with friends for fun, do workouts and much more. ROUVY offers thousands of virtual locations and training options, including the chance to take part in virtual races and cycle through the entire route catalog. Thanks to simulated but fully realistic efforts, ROUVY is the best option for the most ambitious and toughest athletes to prepare for the next race day. www.rouvy.com.