FOURTH RACE OF THE DIGITAL SWISS 5: STUNNING UNTIL THE END

ELIŠKA HARANTOVÁ - 25.04.2020
Saturday was marked by the fourth race of the Digital Swiss 5 and it was a very high quality race!

The 36.8 km route from Oberlangenegg to Langnau awaited riders of the fourth race. At the start, which led competitors through the Emmental valley in the canton of Bern, cyclists had to cross the famous Schallenberg mountain pass. 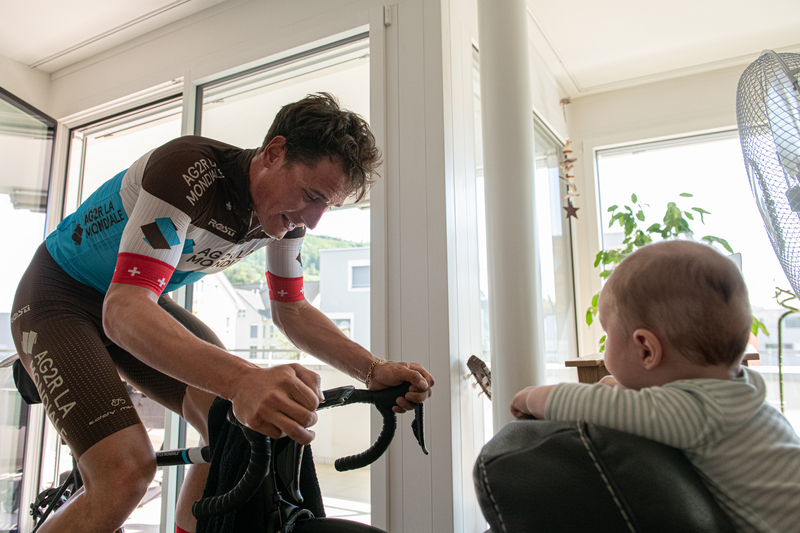 Michael Matthews (TEAM SUNWEB), who had the fastest start, was the first to breakaway. He managed to keep his distance from his pursuers almost for the entirety, but a few meters before the finish, Stefan Küng (Swiss National Team) attacked. 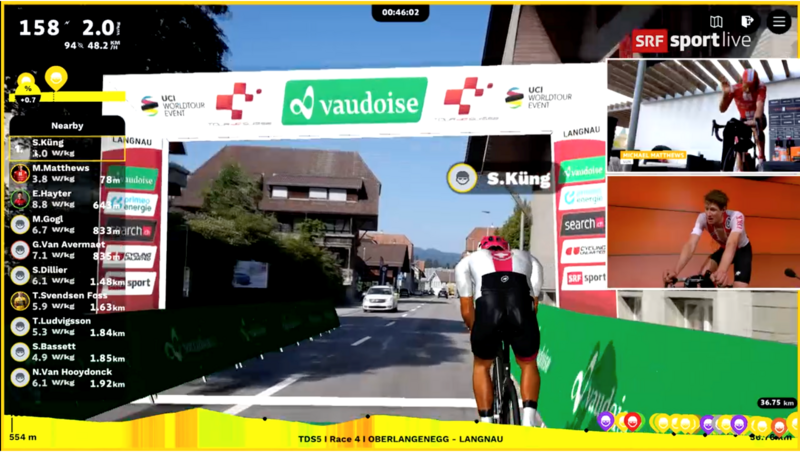 In a captivating finish, Stefan Küng, for whom this is the second victory in this series, showed incredible power. He rode his winning race in the Zurich television studio of the Swiss SRF, multiplying his excitement from the win. He admitted that he had suffered greatly for the last few miles. “I have really given everything. I think I need a few days to recover from this" he said in an interview he provided during his departure.

The fifth race is the last stage of the Digital Swiss 5, and will prove to be very challenging. Selected riders will endure a 36 km long race, during which they must overcome an altitude difference of 950 meters.