Mount Etna, situated in Sicily, the largest Mediterranean island and just off the "toe" of Italy's "boot," is one of the tallest active volcanoes in Europe, dating back to half a million years ago. The volcano is the tallest peak in Italy, south of the Alps, the biggest of the three active volcanoes in Italy, and a UNESCO World Heritage Site. It will also be the backdrop to a famous summit destination where fiery battles of the pro peloton took place. 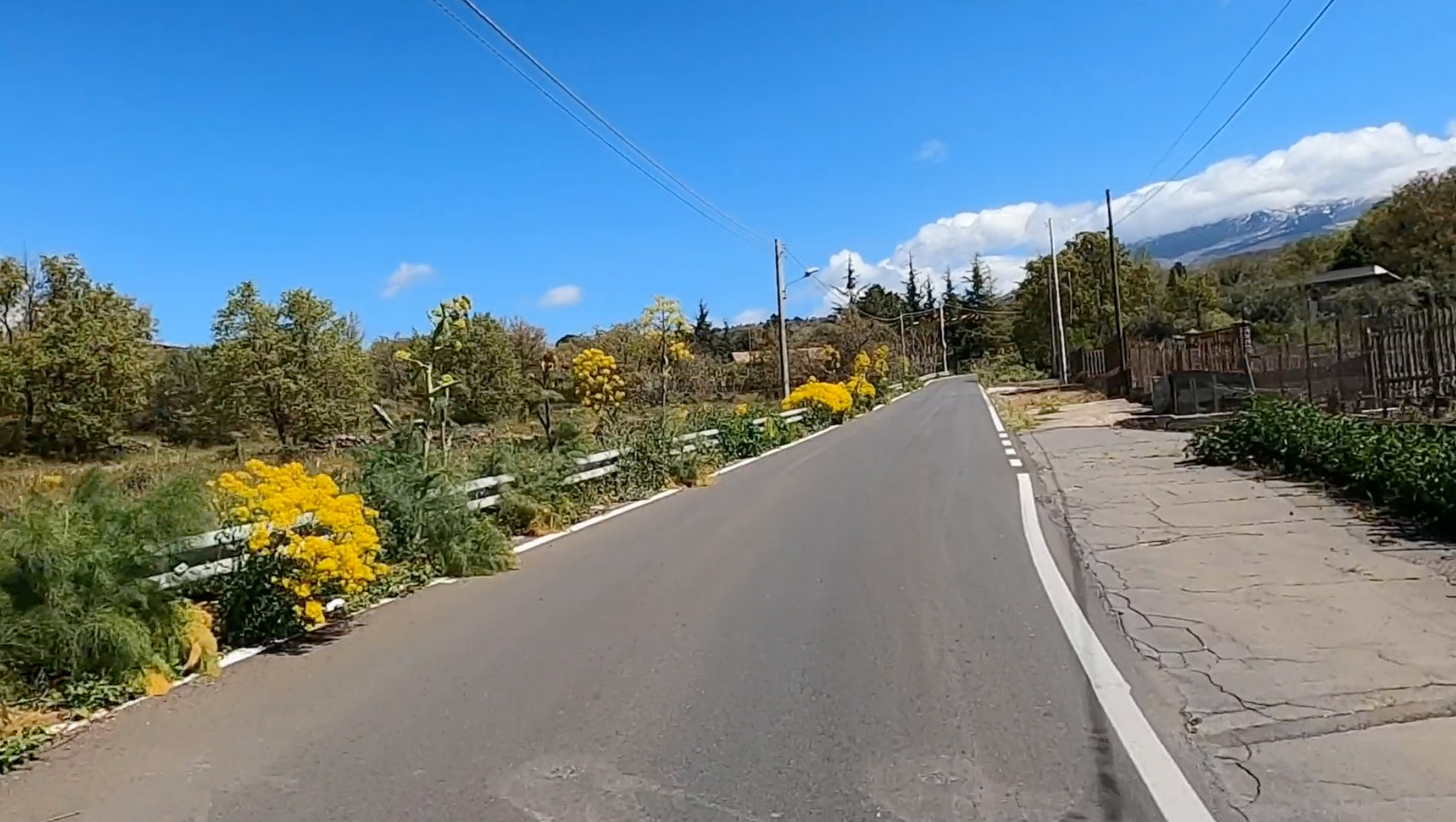 From the Etna south or north side, one can venture by bike into the heart of the volcano and its landscapes, along several possible routes: The intrepid cyclist can ride near the east coast, between the cities of Messina, the birthplace of Vincenzo Nibali and Catania. Mongibello is the name used for the craters making up the mythical Mt Etna area, believed in Greek mythology to be sheltering a deadly monster called Typhon trapped by Zeus, the god of the sky and thunder. 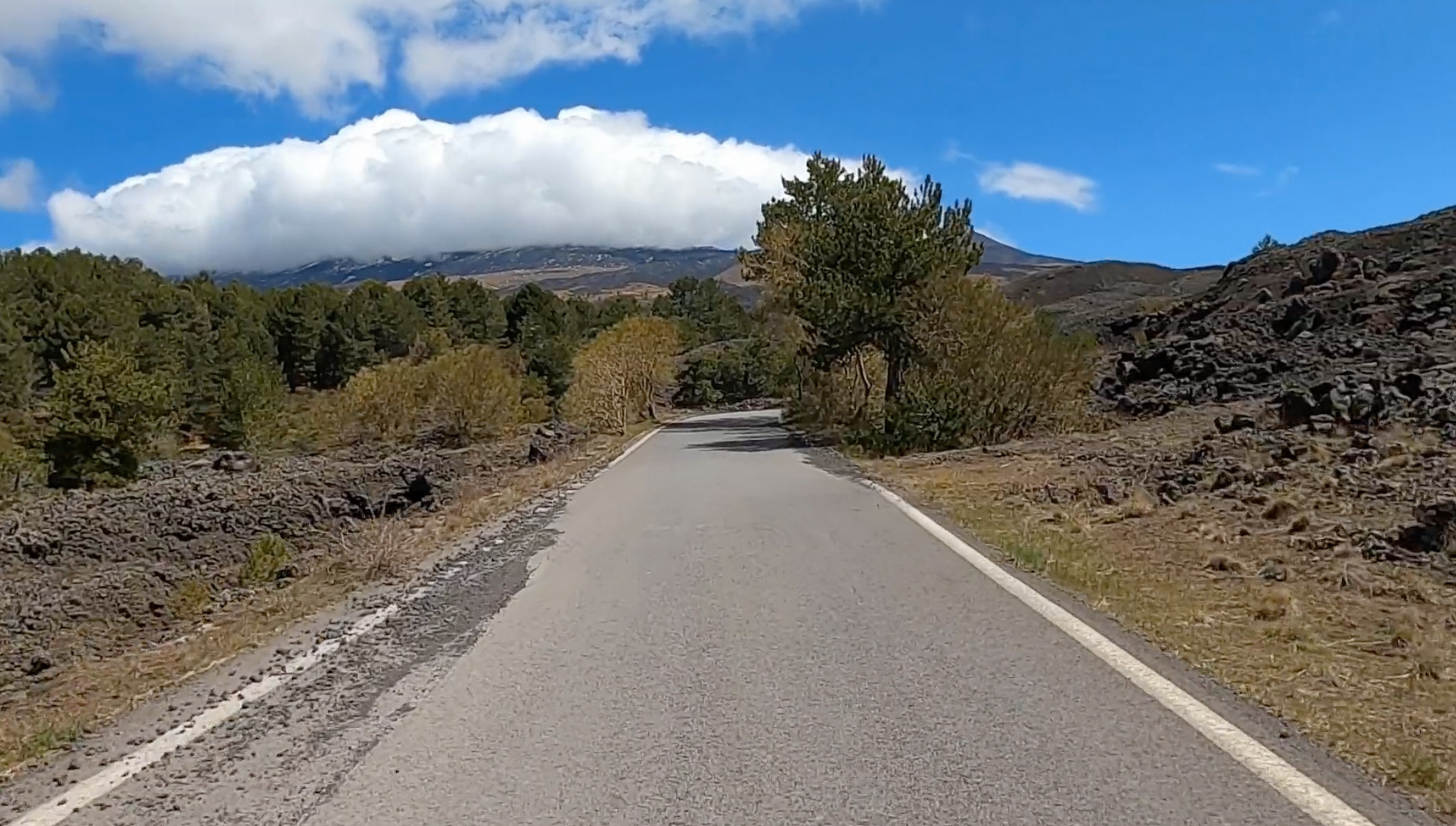 We begin riding along roads lined with cacti and flowers on the lower slopes, alternating between brutal and gentle grades that wind through the landscape. Later, we encounter woods of chestnut trees, aromatic conifer pine forests, and finally, blackened lava flows of historic eruptions characterized by volcanic terrain near the top. The fertile, nutrient-rich volcanic soil nourishes the vast agricultural lands, and vineyards and orchards spread out like patchwork blankets across the bottom slopes and the vast expanses of Catania to the south. Once you have climbed past the trees, you'll find evidence of this historic volcanic activity as the treeline diminishes and the hardened volcanic ash lunar landscape begins. A panorama opens up as the road gets steeper, and Etna looms before you in its majestic and mythical glory. 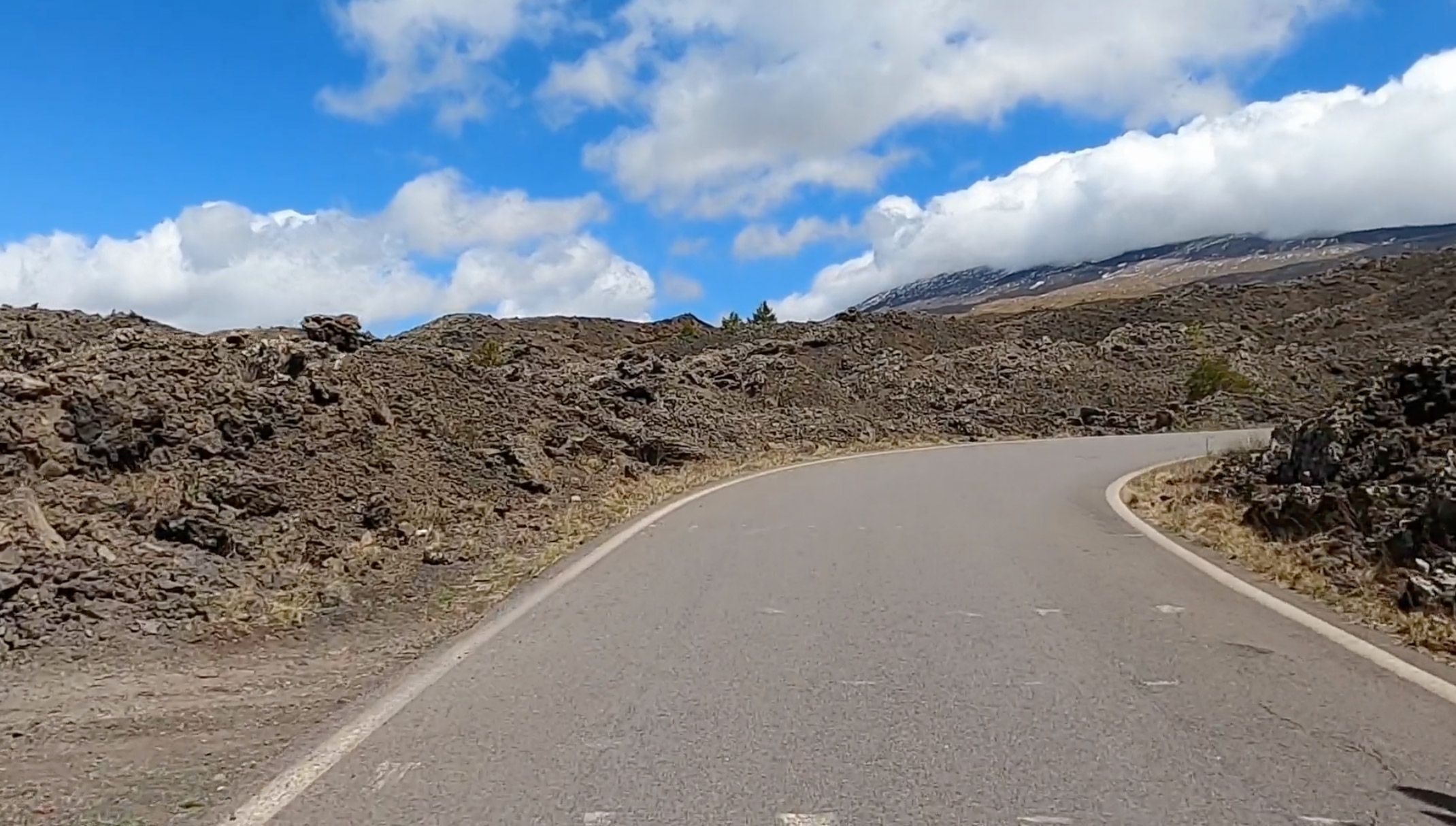 We will be challenging the side of Etna that is dedicated to Pantani. The climb winds its way up the 22km ROUVY virtual route to it's firey summit. The climb consists of variable slopes from Biancavilla to finally reach the top, a popular tourist destination called Refugio Giovanni Sapienza. The pros will be fighting it out on this climb in the 4th Stage, covering 172km of the 2022 Giro d'Italia, where the average gradient is 6% with over 1,370m of climbing, with a maximum grade of 13%. At about 12km, you have the first brief glimpse of the mysterious Etna in the distance. At about the same time, one can take advantage of a slight recovery as the road goes downhill before the following +7% uphill gradients continue immediately. 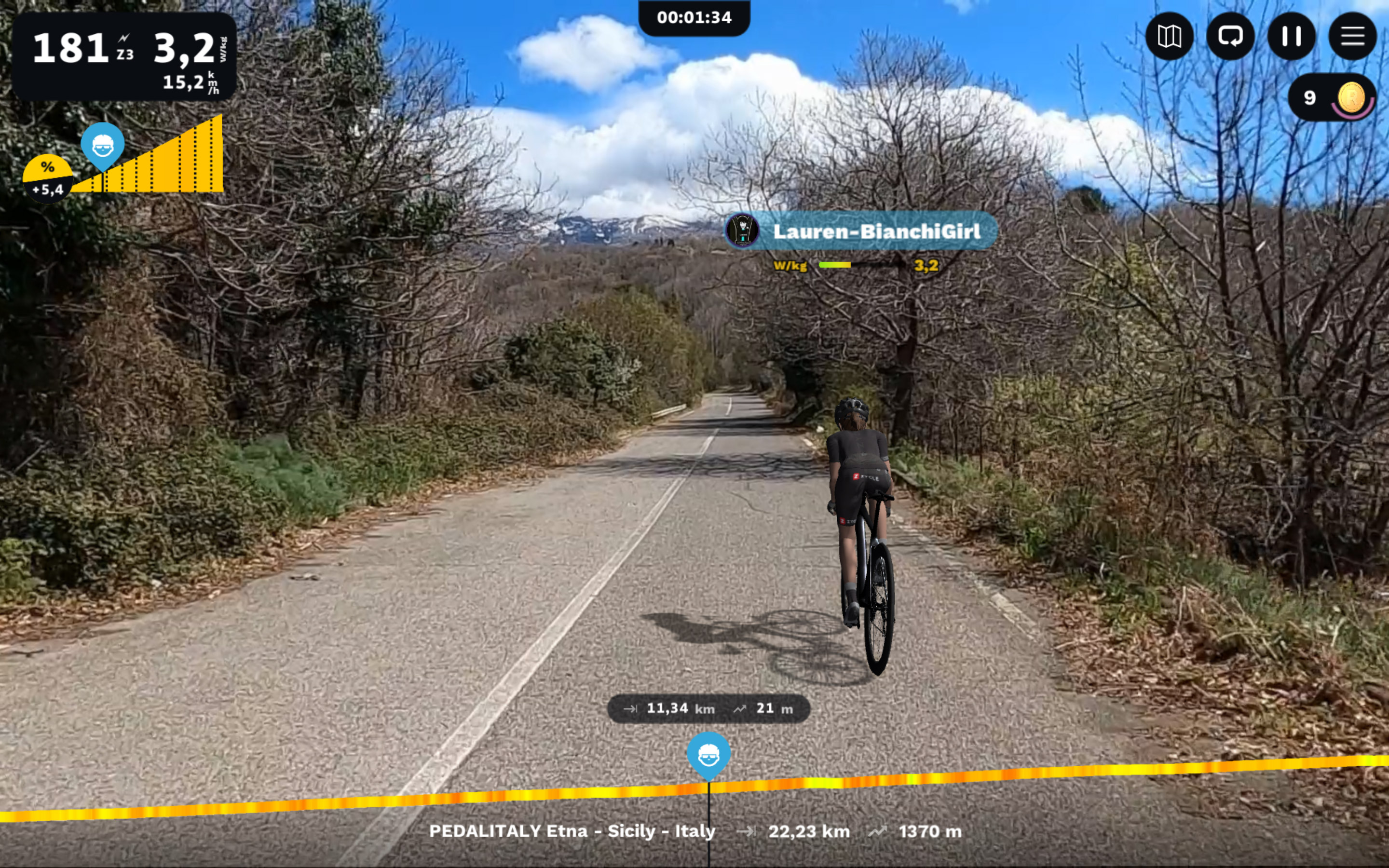 The Etna climb is one of the demanding routes dedicated to these battles of the pros in the Giro, where sparks have flown in more ways than one! In May 2011, Alberto Contador conquered it on stage 9 of the Giro HERE. The 2017 Giro d' Italia recorded Jan Polanc's victory to the top and the year that Tom Dumoulin won the coveted overall 'Maglia Rosa.' In the Giro d' Italia of 2018, the Mitchelton - Scott teammates grabbed the double win, with Rubio Chaves and Philip Yates taking first and second. 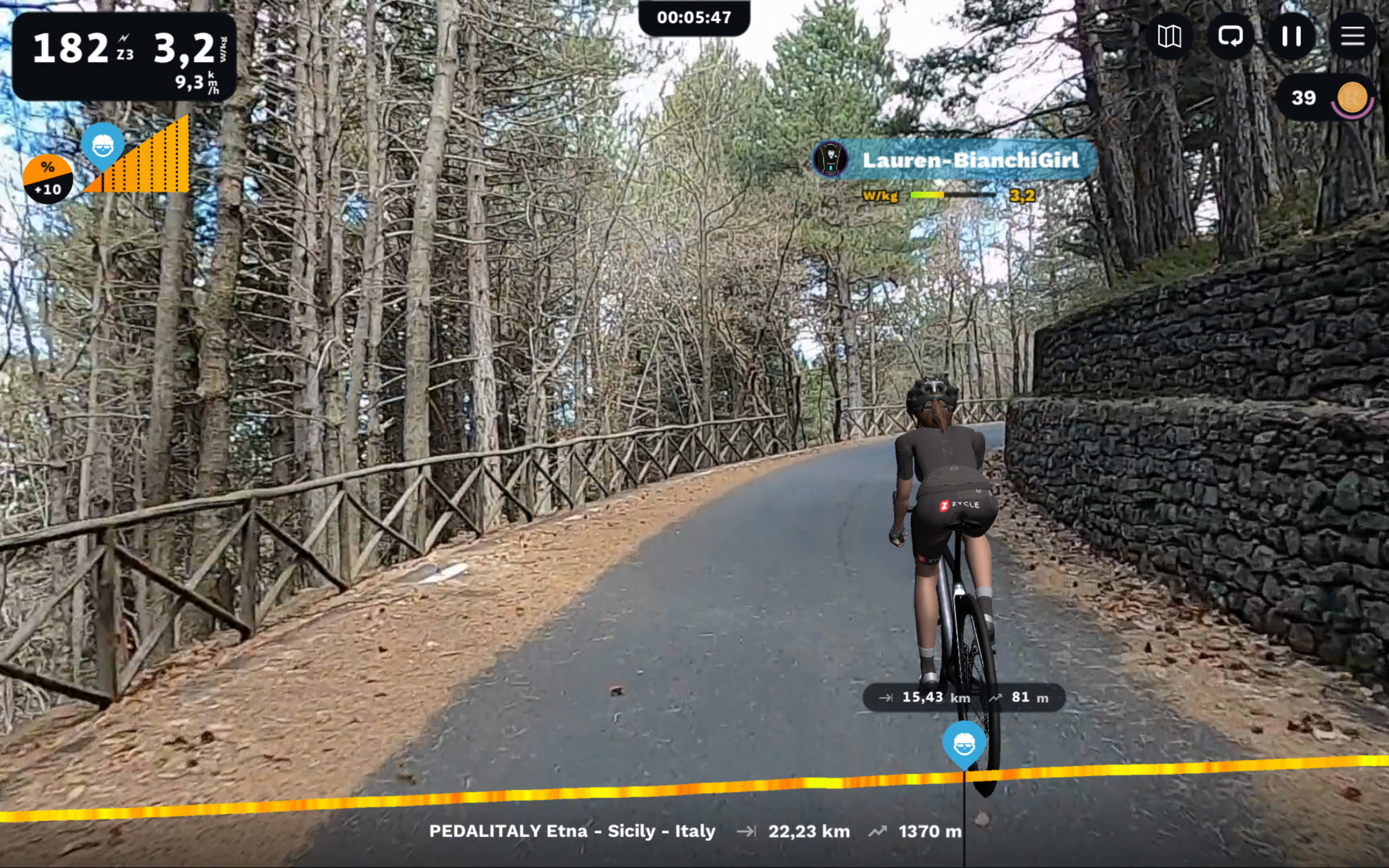 Watch GCN's Emma's take of her ride up Mount Etna where you can get a good impression and feel of the terrain and landscapes of this unique landscape.

A suggested way to ride it is to find a steady rhythm that allows you to have enough power left for the remaining 5km, whether you choose to ride or race it. For this very long and arduous climb, an appropriate warm up will benefit from more efficient blood flow, raising your body temperature and facilitating an increase in the range of motion in your joints. Once warmed up, muscles will feel less tight, pedal strokes become more fluid, and you feel more prepared to achieve your goal of reaching the top. Try and keep a steady pace for the first half because it's a long climb that needs conservative pacing with a regular heart race that you do not want to increase too fast too early on. 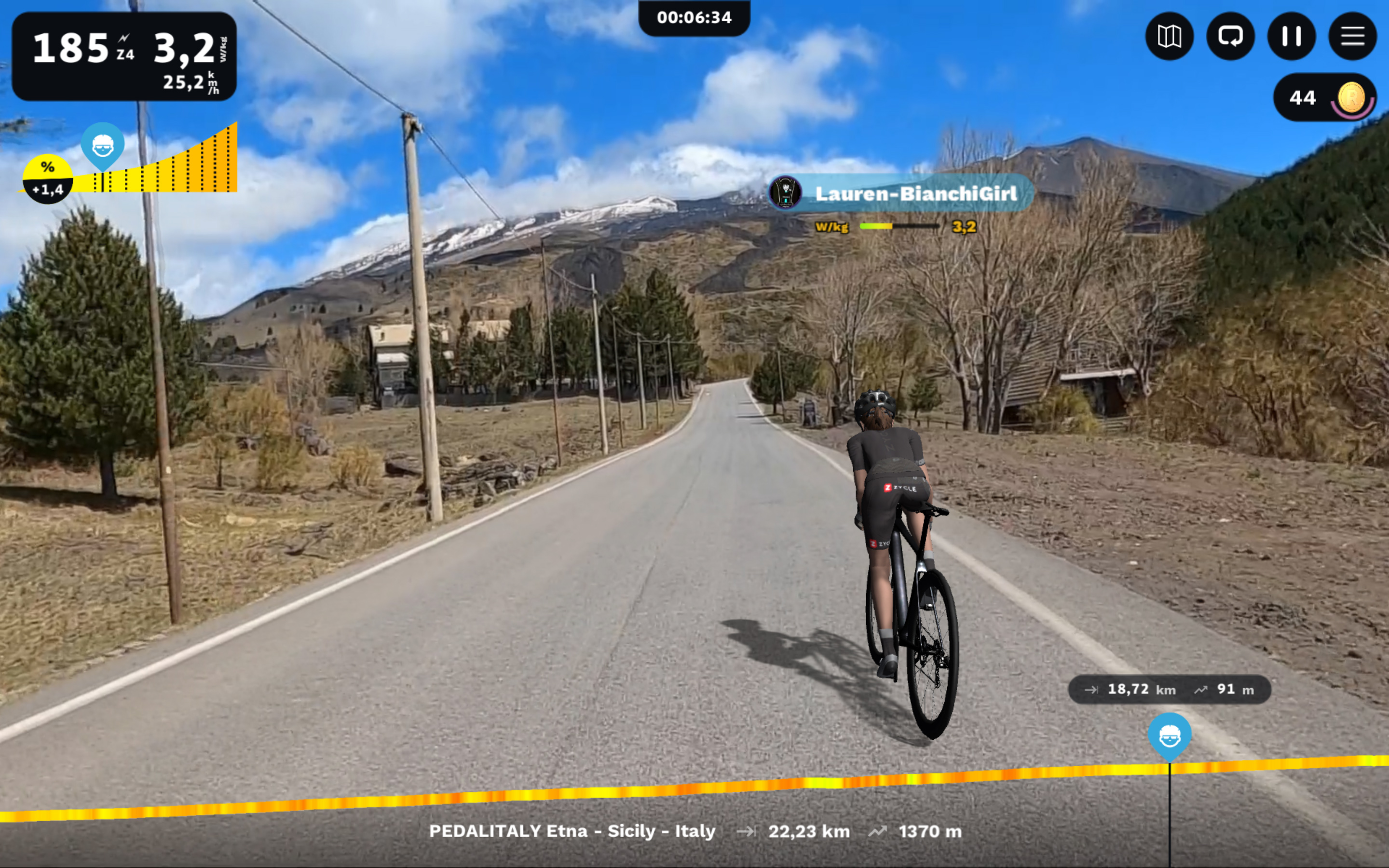 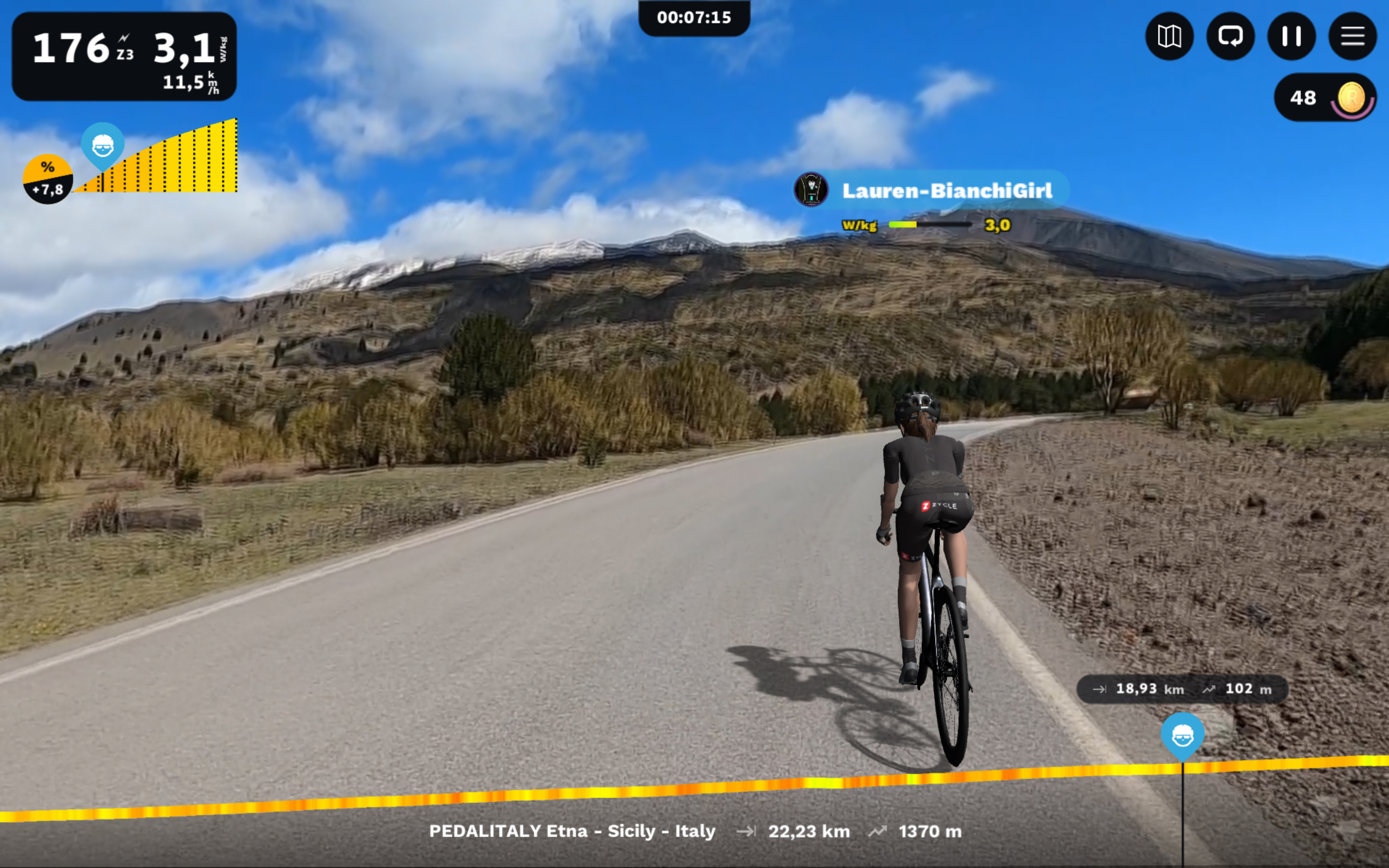 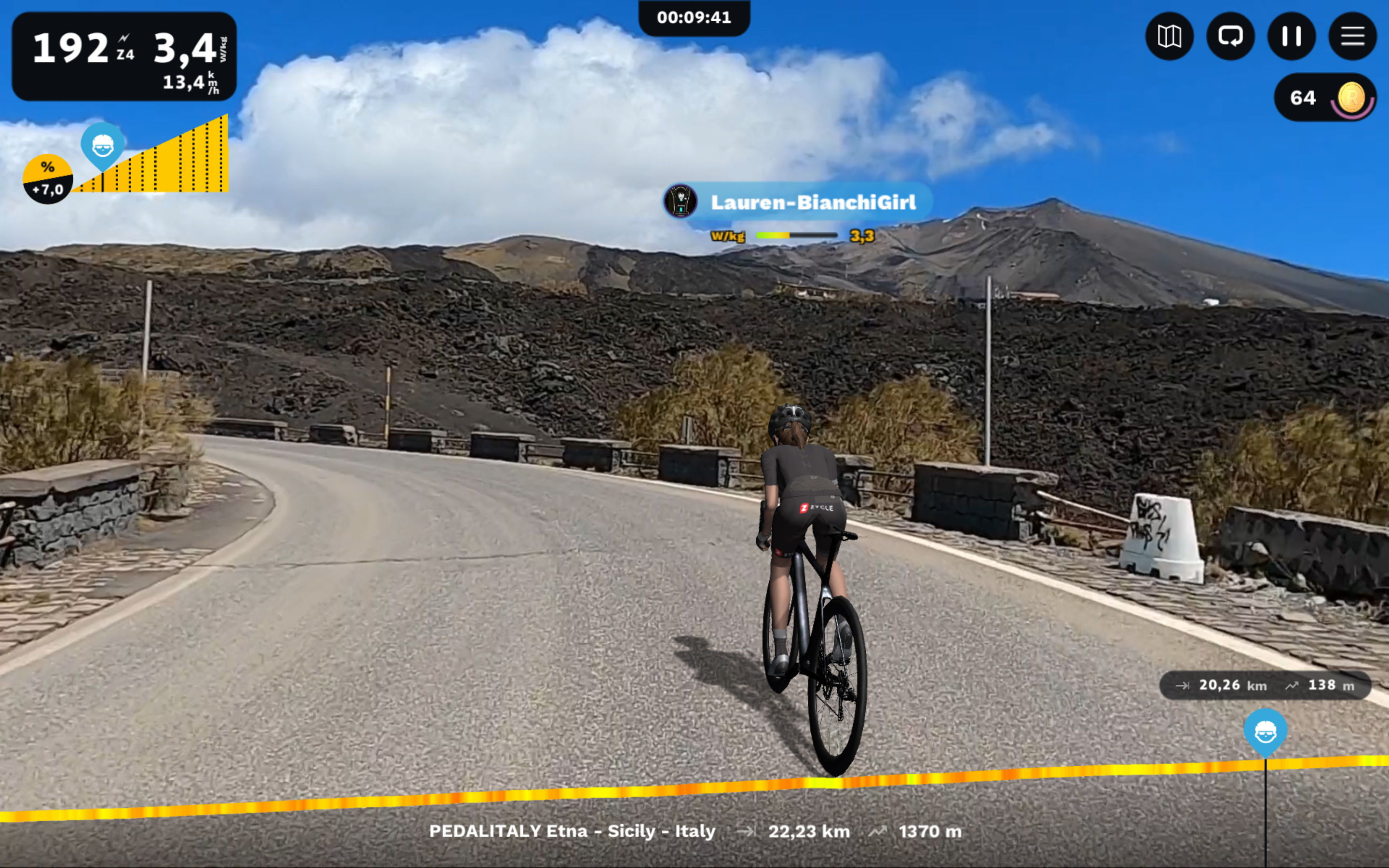