‘I FEEL SLOVENIA’ VIRTUAL TOUR OF SLOVENIA IS COMING WITH PRIMOŽ ROGLIČ ON THE START LINE!

Ljubljana, Slovenia / February 17, 2021 - Cycling club, Adria Mobil, in cooperation with the agency Sport Media Focus and Slovenian Tourist Board, is the organizer of the first Virtual Tour of Slovenia on ROUVY. The tour is intended for recreational cyclists, who will be accompanied by some of the best Slovenian professionals including the current best cyclist in the world, Primož Roglič.

Cycling has been a sport for some time now, where you can be active during all 12 months of the year. One of the main reasons behind cycling being an all-season and year-round sport is its fast growing industry of cycling trainers, which allows cyclists to ride on attractive cycling routes from the comfort of their own homes.

We have witnessed the boom of virtual cycling platforms on which we can find cycling routes that simulate the actual characteristics of the race via a simulator. ‘I feel Slovenia’ Virtual Tour of Slovenia will take place on the ROUVY platform, whose exceptional advantage is that the cyclist observes the surroundings of the route throughout the ride with the help of real video footage. ROUVY’s augmented reality enables both amateur and pro riders to race and train together virtually on 1:1 simulated real tracks, connecting them into one global cycling peloton online.

The Virtual Tour of Slovenia will consist of 5 stages, which will be on the schedule every Saturday – starting always at 7 p.m. CET – between 27 February and 27 March 2021. In the first four stages, recreational cyclists will be able to compete live with 4 stars of the Slovenian and world cycling – Primož Roglič, Matej Mohorič, Jan Tratnik and Jani Brajkovič. Current number 1 on Men's UCI World Ranking, Primož Roglič, also the ambassador of the Slovenian Tourist Board, recorded a special video address, with which he has invited cyclists from all over the world to participate.

Drafting is ON, except for the last stage, which is a Time Trial. Each stage will count as a stand-alone race, and at the end of each stage, the winner will symbolically win a virtual green jersey. From those that compete on all five stages, a green jersey will be awarded for the winners in the men’s and women’s categories, in the different age groups, namely, up to 20-30, 30-40, 40-50, 50-60 and over 60.

For recreational cyclists who may prefer a less stressful format of group competition, the Virtual Tour of Slovenia provides a series of social rides, where the participants are welcome to ride together and enjoy the social aspect of the training. (ROUVY’s new “magnet”, from the Group Ride feature, allows for the cyclists of different levels to stay in the pack together, irrespective of their performance category.)

The virtual tour around Slovenia will be an exceptional opportunity to promote Slovenia as a cycling destination. Participation of the best Slovenian cyclists, who are also great ambassadors of world cycling, is a great opportunity for foreign recreational cyclists to get to know the cycling icons along with the scenic beauty of Slovenia. 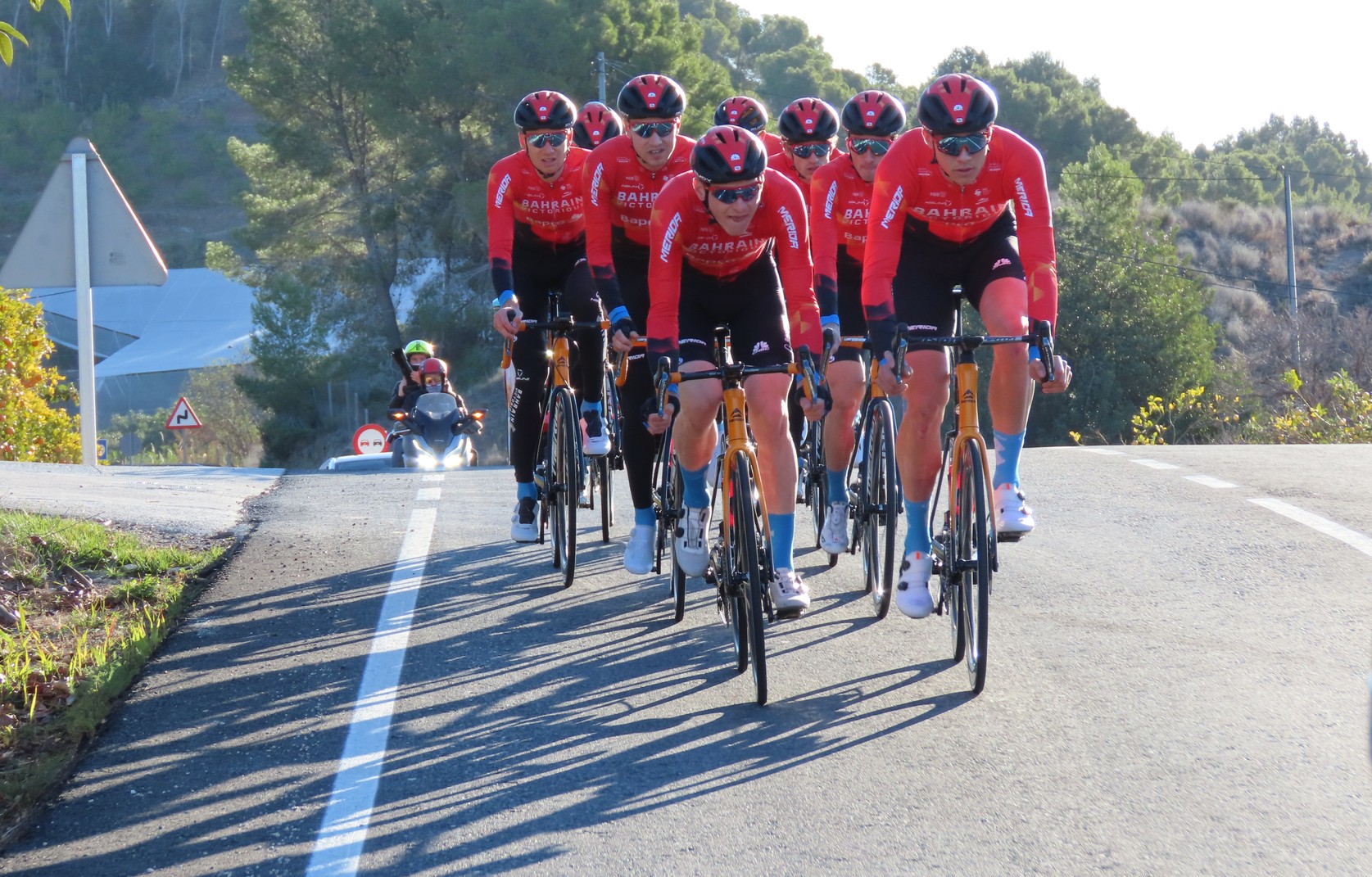 Registration on the ROUVY platform for both races and social group rides is open at www.race.rouvy.com

Statement from Slovenian Tourist Board (STB)

During times when the implementation of sporting events in many cases is not possible or is limited, the Slovenian Tourist Board decides to participate in the ‘I FEEL SLOVENIA’ Virtual Tour of Slovenia. Their partnership with the event strengthens our activities in the field of development and promotion of the product of active recreation. The tourism product of ‘active holidays’ shows great potential for further growth; research highlights it as one of the most pronounced trends in the field of travel for 2021 and is also a two-year topic of STB promotional activities in 2022 and 2023.

“The STB is aware of the great importance of high-profile sporting events intended for recreational athletes, for the promotion of Slovenia and the Slovenian tourism. Such projects, like the virtual cycling races around Slovenia are additional support for the promotion of Slovenia as a destination for active holidays. Cycling is certainly the sport that serves as a direct connection between tourism and active holidays. The scenic outdoors  is one of the most important tourist attractions in Slovenia and will provide exceptional opportunities in times when travel will be possible again.”

“We are convinced that through the virtual race around Slovenia, we will impress many sports fans and important media around the world which will showcase  Slovenia as a destination for healthy and active experiences. We are also glad that professional cyclists like Primož Roglič,  will take part in this project, and will help to further effectively promote Slovenia as a destination for active holidays and share the values ​​of the “I feel Slovenia” brand.” 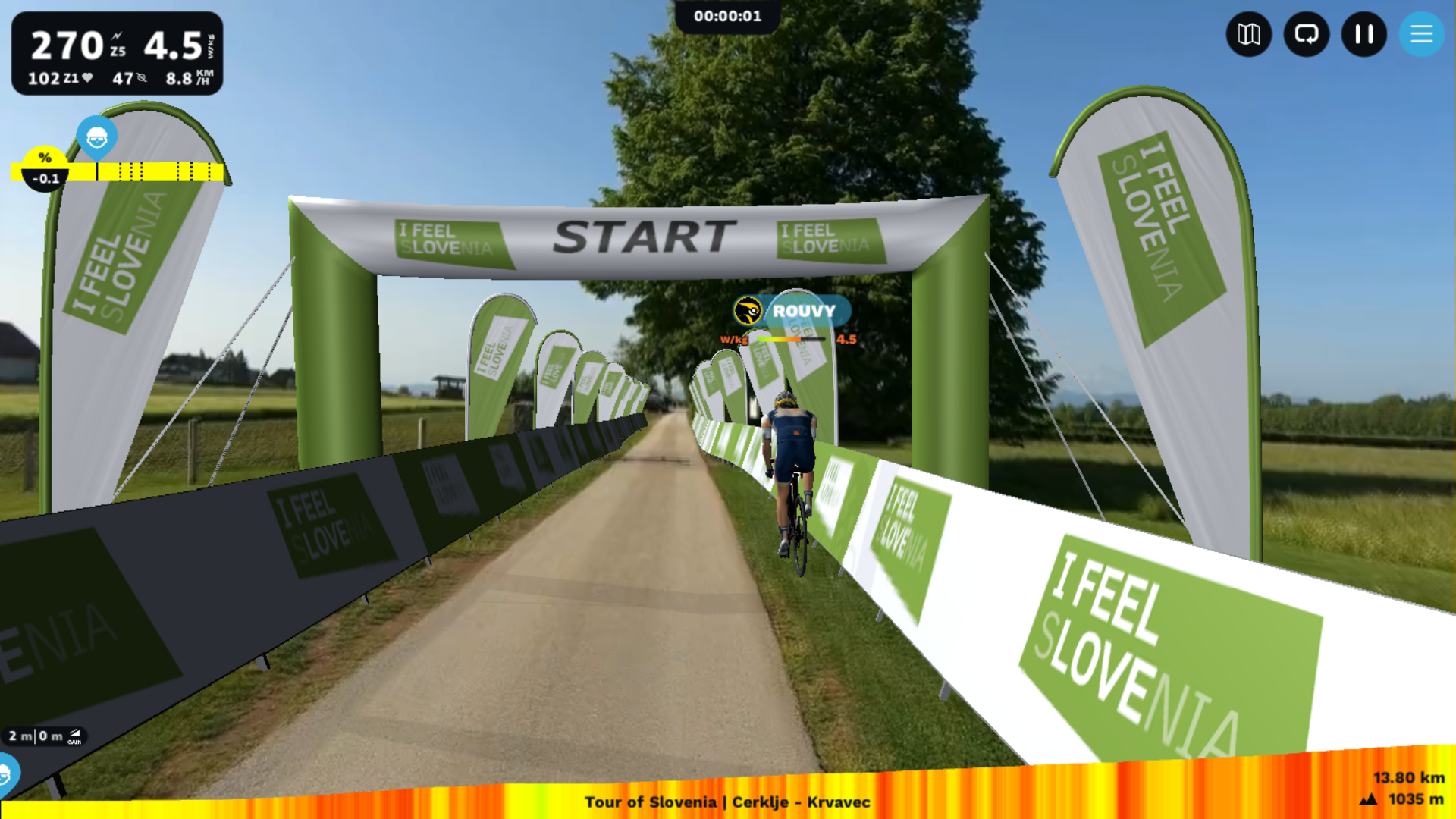 About Tour of Slovenia

Tour of Slovenia is the largest cycling event in Slovenia, which every year increasingly attracts more and more people, who follow and watch the race either at the race track or through different media channels. The very first Tour of Slovenia was organized in May 1993, just one year after the Slovenian cycling organization became a member of the International cycling association UCI.

The Slovenian tour has continuously grown and developed and today, after successfully finishing it's 25th edition, it attracts world’s best cyclists and cycling teams to compete and demonstrate their skills on picturesque Slovenian roads, where images of landscapes change from Alpine, Pannonian to Mediterranean area.

With world-class partners and under a new slogan “Fight for green”, the Tour of Slovenia is gaining new momentum and is – aside from being a top cycling event – becoming also one of the main events for the international promotion of Slovenia as a five-star tourist destination.

About Slovenian Tourist Board

The Slovenian Tourist Board (STB) is a national tourist board that plans and carries out the marketing of Slovenia’s comprehensive tourist products and services and ensures the sustainable development of Slovenian tourism.

ROUVY is a digital racing platform for athletes all over the world to compete, ride with friends for fun, do workouts and much more. ROUVY offers thousands of virtual locations and training options, including the chance to take part in virtual races and cycle through the entire route catalog. Thanks to simulated but fully realistic efforts, ROUVY is the best option for the most ambitious and toughest athletes to prepare for the next race day. www.rouvy.com.